About Prema Sridevi - The Probe

With an outstanding track record, Prema Sridevi was part of some of the biggest news breaks of the country in a career spanning 20 years. She was a member of the core team of two of India’s leading television news brands.

Over the years, as a journalist, she has reported on several subjects related to accountability, transparency, corruption, misuse of public office, terrorism, internal security to name a few. Many of her stories were taken cognisance by India’s investigation agencies and government bodies.

Prema Sridevi started off her journalism career while she was in college in early 2000 running a small local weekly newspaper in Bangalore. She was associated with The Times Group for 12 years until 2016, becoming News Editor of its English news channel Times Now. She joined Republic TV in 2017 as an Editor and SIT head. She quit television journalism in 2019 to launch her digital news media organisation “The Probe” to pursue Independent Journalism. 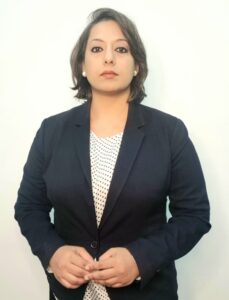 During her career spanning two decades, Prema has reported on some of the biggest news breaks of the country like the 2g scam, Coalgate, CWG, Commonwealth Games scam etc. She came into limelight after she covered a series on the Ishrat Jahan encounter during her stint with Times Now, which resulted in the story being debated in the Indian parliament.

Her story on Rajyasabha seats being sold in India was taken note by the Election Commission of India. She is also known for covering a series on the mysterious death of Sunanda Pushkar, the wife of Indian former diplomat and politician Shashi Tharoor.

Prema is also noted for the sting operations on men allegedly belonging to the ISIS India network. Her sting of the ISIS operatives in May 2017, was taken note by the National Investigation Agency (NIA). Following the news report, the NIA requested her to share the videotapes of the story and after a year, the agency arrested one of the ISIS operatives stung by her.

Prema’s digital news media venture The Probe is one of the first news initiatives in the country that is based on the concept of Slow Journalism. Through The Probe, she is currently pursuing Impact Journalism related stories.