The question is, instead of dousing the fire, couldn’t both the flames have co-existed? It is hard to imagine that a government that is going to spend 20,000 crores towards the Central Vista project couldn't just keep two flames burning.
by Mehmood Abdi
Columns 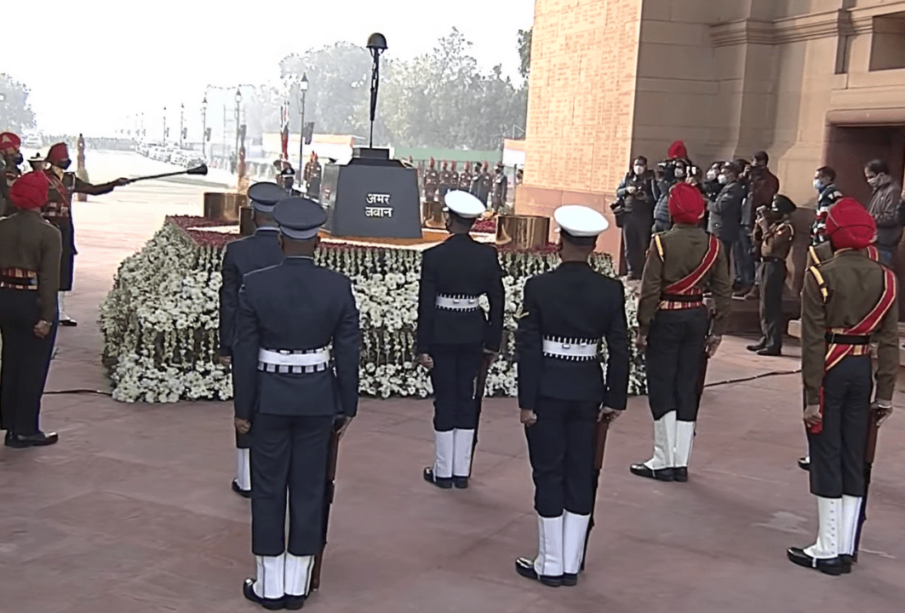 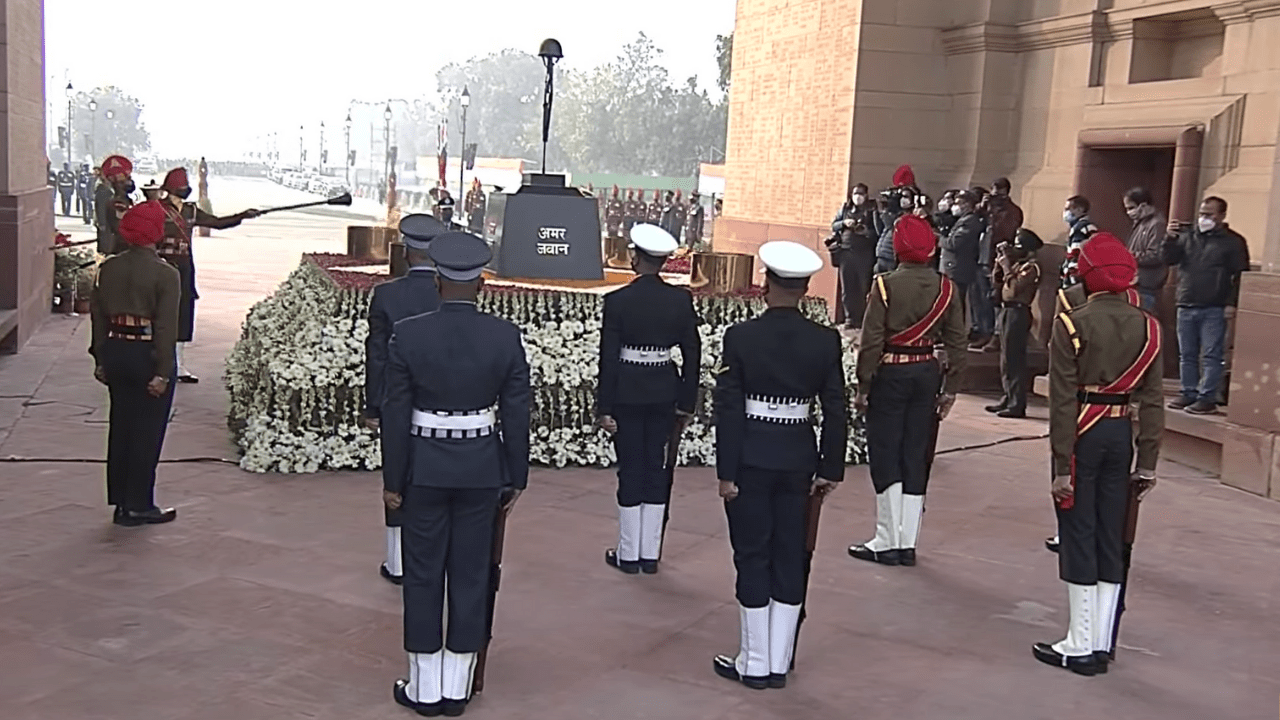 The decision to shift the Amar Jawan Jyoti from India Gate to the nearby National War Memorial might not concern much of our younger generation. Nevertheless, it has created angst amongst people who were witness to the installation of this soviet-style helmet over a reversed gun marking the martyred soldier right under the majestic India Gate.

The Amar Jawan Jyoti, or the eternal flame, always remained one of the top priorities for tourists visiting Delhi. Ever since Indira Gandhi installed this memorial as a remembrance to the 1971 Bangladesh war heroes, the ambience of India Gate and its roundabout got altered from a casual ice cream retreat in hot summer evenings of Delhi to nostalgia evoking twilights filled with sombre feelings of nationalistic pride.

The gate is inscribed with the names of Indian soldiers who had laid down their lives in the First World War and the Third Anglo-Afghan war. It was the installation of the Amar Jawan Jyoti that made this place all the more relatable to every Indian. Flags of the three services along with the national flag fluttering over this torch symbolised the decisive victory of India over Pakistan in 1971.

Not just this, the former Prime Minister had added an event to the annual Republic Day parade when she offered tributes to martyred servicemen at this site of Amar Jawan Jyoti. Since then, it has been customary for all Prime Ministers to visit this spot on every Republic Day and pay homage to the martyrs before the military parade starts on Rajpath.

For security reasons, many ceremonial aspects of the etiquettes of presidential processions have been done away with over the years. The President no longer travels on the traditional ‘buggy’ (horse carriage) to cover the distance between the parliament and his residence, the Rashtrapati Bhawan, for addressing the joint sessions of parliament. Nor does he reach the saluting dais on Rajpath in the ceremonial ‘buggy’ for the Republic Day parade.

The logic of having every war memorabilia collected at one place at the India Gate war memorial is like creating a mall-like facility of soldiers’ memory where everything is collected under one roof. Memorabilias are often time and place-specific, which is why shifting of the Amar Jawan Jyoti will disband the memorial from its significant history. No matter what the justification is, shifting such a substantial piece of our history is nothing but resorting to rewriting history. But in our country, the whims and fancies of our politicians overtake the aspirations and sentiments of the common folks. If anything is to be shifted at all, it is the Republic Day parade itself from Rajpath to military ground in Delhi where all parades are held.

In the run-up to the republic day parade, its rehearsals cause many inconveniences to Delhiites. Traffic diversions have a cascading effect on people in their daily commute. Moreover, the event has lost its sheen. When the parade initially started in the 1950s, people, especially school children from far off places, travelled to Delhi to watch the Republic Day parade. Those were the post-independence years, and the fervour of the new nationhood and public spirit was high amongst the people. With the passage of time, particularly after the advent of live tv coverage, people’s participation has drastically reduced. The parade is today more of a ‘sarkari show’ where VIP pass flaunting glitterati show up for asserting their social status.

The centre’s decision to extinguish the eternal flame of the Amar Jawan Jyoti and to merge it with the National War Memorial shows that the government has scant respect for preservation of our history and above all our tradition. The snuffing out of the immortal flame cannot just be seen as moving a flame from one place to another. It must be seen as erasing a part of our national history to make way for a narrative that is bereft of any historical significance.

The government has maintained that while the Amar Jawan Jyoti is a tribute to the martyrs, the place still does not mention their names. The National War Memorial on the other hand has the names of all Indian martyrs and is described as a place that gives a befitting tribute to our war heroes. But what the government does not understand is, there is a reason why people go to places like the Jallianwala Bagh or the Rajghat. These places evoke a strong sense of connectedness to the people and events the place beholds.

For 50 long years, we have been able to keep the flame of the Amar Jawan Jyoti alive but in a single stroke of a pen the government has been able to erase this history. No consultation was held with the largest stakeholders – the citizens – when this decision was taken. Like most of the decisions of this government, this too was another political decision taken to erase a memorial that was first installed by a Congress leader.

In our country, history too, is not spared when it comes to scoring political brownie points. The iconic Amar Jawan Jyoti has not just been extinguished or merged but it has been submerged in the whirlpool of political undercurrents.

These memorabilia representing struggle, pain and sacrifice that we have revered and cherished for decades, across generations are not to be reduced into mere artefacts to be relocated and curated, instead, they are the very symbols of unity that hold the nation together, which is why there is a larger need for us to conserve them in the true interest and spirit of the nation.

The question is, instead of dousing the fire, couldn’t both the flames have co-existed? It is hard to imagine that a government that is going to spend 20,000 crores towards the Central Vista project couldn’t just keep two flames burning. National memorials such as these have intangible value. With the snuffing out of the five decade old flame, yet another symbol of our history has now been reduced to a memory.

Bereft of attributing any political motive to the decision, I ask myself if the iconic Amar Jawan Jyoti can be shifted by the logic of convenience, then why can’t the Republic Day parade be relocated in larger public interest?

Mehmood Abdi is a Mumbai based lawyer, short story writer and columnist. He runs a culture based weekly show on YouTube called “Culture Bazaar”.