Antonov: The mammoth Ukrainian dream that Russia bombed - The Probe

Powered by six turbofan engines and with a wingspan almost the length of a football field, Antonov 225 Mriya could carry bigger and heavier cargo than any other plane. Russian forces bombed this giant aircraft during its recent war with Ukraine that they built in their precursor state, the Soviet Union.
by Ajay Mankotia
ColumnsWorld
Home » Columns » Antonov: The mammoth Ukrainian dream that Russia bombed
READ 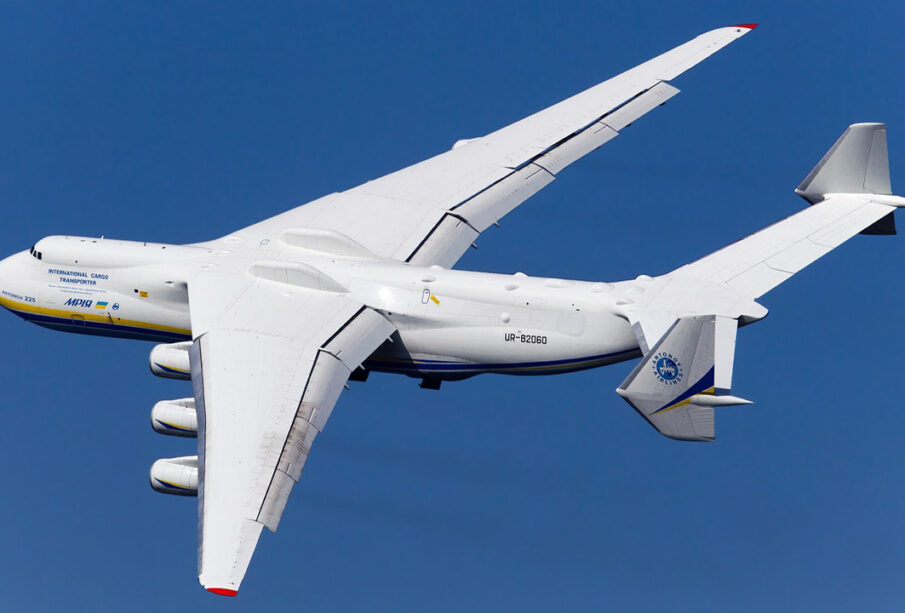 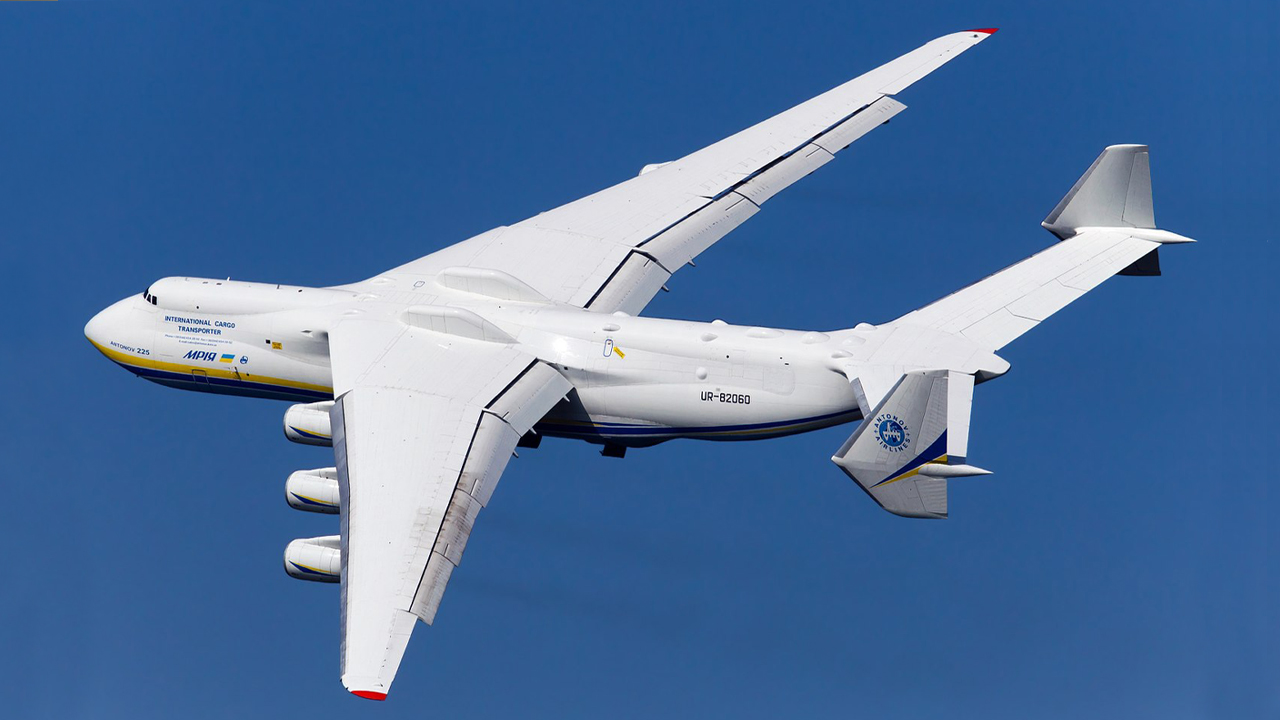 The aviation enthusiasts are in shock. The plane-spotters’ dreams are shattered.

I am an aircraft identification addict myself, and I feel sorrowful.
The Woolly Mammoth, an enormous mammal believed to be closely related to the modern-day elephant, went extinct 10,000 years ago through a combination of hunting by humans and the disappearance of its habitat through climate change.

Its modern-day equivalent in the aviation world went extinct a few days ago due to war. It wasn’t shot down from the sky; it was destroyed while it was parked on the ground, undergoing maintenance, unable to escape from the war zone as one of its engines had been dismantled for repairs. It became a collateral casualty, which airplane buffs on both sides of the conflict will be very sad about.

The Antonov AN-225 Mriya. Mriya is the Ukrainian word for ‘dream.’ It was the first Soviet plane to be christened with an Ukrainian name. Born out of the Cold War, it is ironic that it became a victim, not of a NATO-Warsaw Pact conflict, but of a conflagration between two republics of the erstwhile Soviet Union.

It could have been named the Behemoth. And nobody would have disagreed. It was the world’s biggest plane, a gentle giant. The plane became a business card for the Antonov Design Bureau, and it became a symbol of Ukraine’s national pride. And rightly so – it was an engineering marvel.

The first powered plane flight of the Wright Brothers covered 120 feet. That flight would have fitted in the cargo hold of the plane. Powered by six turbofan engines and with a wingspan almost the length of a football field, it could carry bigger and heavier cargo than any other plane. It was truly unique in many respects, including the fact that just one was ever built.

A favourite of plane spotters around the world (ranking 10/10 on a spotter’s dream list), it attracted a crowd whenever it visited an airport. Its gentle sailing into the air at the very edge of the runway would be a sight to behold. Regretfully, I could not view the plane during its only visit to India (Hyderabad) in May 2016 from Turkmenistan en route to Perth. The plane came to India to showcase the technological capability of Antonov, as also for a fuel stop-over. As expected, it drew huge crowds and media coverage.

The plane was designed to be part of the Soviet space program. The trigger was the first Space Shuttle launched into orbit by NASA in April 1981. Its large cargo bay allowed the shuttle to send military satellites into orbit. The Soviet Union perceived this capability as a threat and wanted a vehicle that could do the same.

The result was the Buran, a Soviet Shuttle, which looked remarkably like the American Shuttle. But how to transport the spacecraft from the manufacturing facilities around Moscow to the Baikonur Cosmodrome, 1,300 miles away in today’s Kazakhstan, from which Soviet space missions departed?

Soviet engineers asked Antonov to design a transport plane capable of airlifting the shuttle and its rocket. It would also be used to haul the Buran back to Baikonur whenever it would land at a backup site rather than the Cosmodrome upon returning from orbit.

Antonov worked quickly to produce the finished plane in just three and a half years. It based the plane around an existing model, the AN-124 Ruslan, itself a huge plane.

The overall size was increased significantly, doubling the cargo capacity. Among the upgrades were an extra pair of engines, bringing the total to 6, and a longer landing gear, which increased the wheel count to a massive 32. A new twin tail with an oversize vertical stabiliser was also added to allow the plane to carry the Buran on its back.

The resulting plane was so large that it stuck out of its hangar during the inauguration ceremony.

Having a father in the Indian Air Force (as a transport pilot), I have grown up seeing cargo/transport planes at close quarters. The Soviet cargo/transport planes with the IAF held me in thrall – Antonov’s AN-12 and AN-32; Ilyushin’s Il -14 and Il-76; Tupolev’s TU- 124 (used for VIP Communication). At the Indian naval bases, I would see Ilyushin’s Il-38 and Tupolev’s TU-142M (both maritime reconnaissance/anti-submarine warfare planes). There was a uniqueness, a character to these Soviet planes. They looked different and sounded different from their Western counterparts. The glass nose in many cargo/transport planes (where the navigator would sit) added a novelty to the design.

But AN-225 was even more spectacular.

History, however, had different plans for the plane. Both the Buran and the AN-225 first flew in late 1988, a year before the fall of the Berlin Wall, which preceded the collapse of the Soviet Union.

As a result, the Buran program was cancelled after just one official mission, and the plane ended up carrying the shuttle piggyback style in only about a dozen test flights. Its primary mission having vanished, it ended up in a hangar where it was stripped for parts and rusted away for seven years.

In 2001, it was resurrected after being upgraded with modern equipment. There was a growing demand for oversized or extremely heavy pieces of cargo which only it could accommodate, such as generators, water/wind turbines, nuclear fuel, construction vehicles, light aircraft, and maglev trains. In April 2020, it transported 100 tons of Covid-19 protective equipment, medicines, and tests from China to Poland. The landing was live-streamed to an audience of 80,000.

However, due to its high operational cost, it flew sparingly. Its usage was restricted to the most demanding of jobs that could be handled by the lone plane in existence. Hence, a second plane was not built, although Antonov had all the required parts (including an unfinished airframe).

While the exact condition of the plane is unknown at this time, the aircraft has been damaged at the very least. That’s the best-case scenario, but it will be a long time before it takes to the air. In the worst-case scenario, even if it has been destroyed, there is hope that another ‘Dream’, like Phoenix, would rise from its ashes. That is the prayer of every airplane enthusiast around the world.