Beating Retreat controversy: "Abide with me", why music should not be used as a divisive catalyst - The Probe

✕
Copyright © 2022 Fourth Estate Newscorp Pvt Ltd. All rights reserved.
Friday, August 12
Home›Columns›Beating Retreat controversy: “Abide with me”, why music should not be used as a divisive catalyst

Beating Retreat controversy: “Abide with me”, why music should not be used as a divisive catalyst

When the government wants to rewrite a new India, the question is, should we let go of the precious remnants of our combined past? History cannot be rewritten or made. As Martin Luther King has rightly put it, "We are not makers of history. We are made by history".
by Mehmood Abdi
Columns 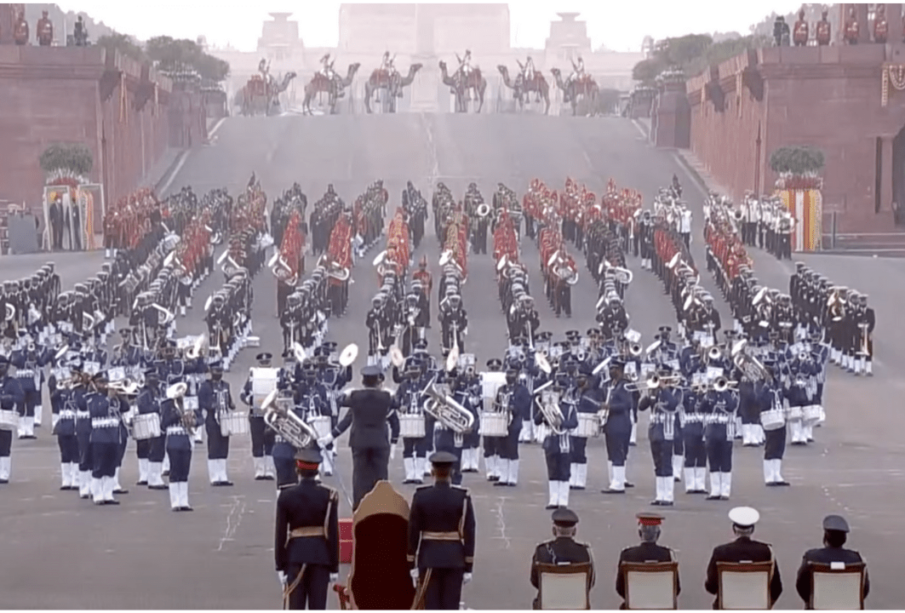 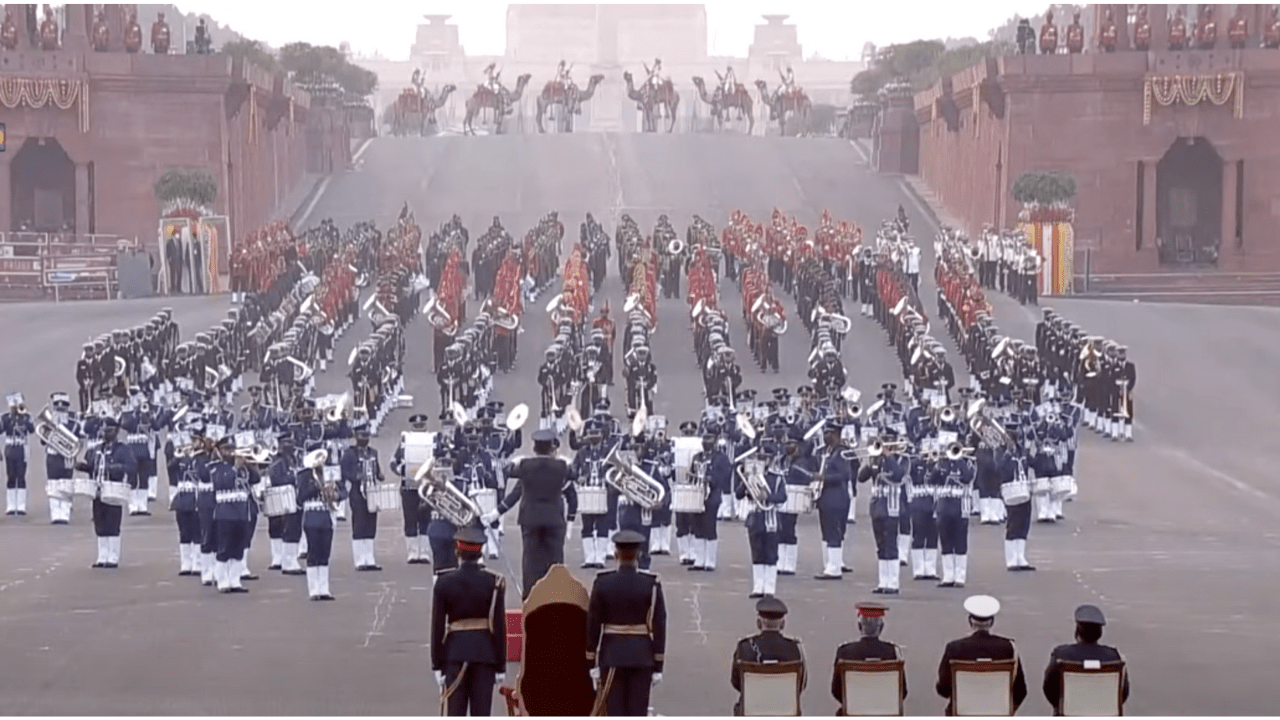 As if the jolt of dousing and merging of the iconic flame of Amar Jawan Jyoti from India Gate to the newly set up National War Memorial was not enough, another elemental feature of our Republic Day celebrations is being fiddled with now.

The government has decided to replace Mahatma Gandhi’s favourite Christian hymn, “Abide with me”, which was played by the military bands during Beating Retreat, with “Ae mere watan ke logo” written by Kavi Pradeep. The English hymn has been a fixture during the Beating Retreat ceremony since 1950.

No doubt, the song “Ae mere watan ke logo” by Kavi Pradeep has notable value as it was composed to mark the 1962 Indo-China war, and the song went on to represent Indian nationalism. The song was first performed live two months after the Indo-China war by Lata Mangeshkar in the presence of Pandit Jawaharlal Nehru. Since then, the music that pays tribute to the martyred soldiers came to represent Indian patriotism and is one of the most popular nationalistic songs in India.

On the other hand, “Abide with me”, composed by the Anglican hymnodist and poet Henry Francis Lyte, is a prayer to god to stay with the poet through life and death. The song was written by Lyte in 1847 when he was dying from tuberculosis. This evocative song is mostly sung to the tune of “Eventide”, composed by the English organist and church musician William Henry Monk. The song is known for its candour and lucidity and used to be always played as the last piece that marks the culmination of the Republic Day celebrations.

The decision to omit the song from this year’s Republic Day celebrations cannot just be seen as a simple decision. This is suggestive of a kind of brazen anti-minoritism syndrome suffered by the present disposition. Targeting minority sentiments has been a recurrent theme in the scheme of affairs of the current establishment.

Not long ago, the celebration of ‘good governance day’ on Christmas forced school children and government officials to mandatorily be present and attend the Prime Minister’s public programme in Varanasi. Then as well, the message was abundantly clear that the minority festivals will not be given the same consideration as the other Hindu festivals in our country.

Recently, we also saw attacks being unleashed by right-wing extremists during Christmas mass at churches. But these self-appointed vigilante groups did not face dire action from the law enforcement agencies. In 2020 itself, there were reports that this Christian hymn would be dropped from the Beating Retreat ceremony and replaced by “Vande Mataram”, composed by Bankim Chandra Chatterjee. But the government decided to not go ahead with its decision after there was a political and cultural furore over the proposal.

Therefore, all these decisions of the government should not be seen in isolation but must be seen in the right context. Moreover, after the “merging” of the Amar Jawan Jyoti, the “replacement” of “abide with me” is hammering a message of aversion, which the Nagpur curriculum nurtures that it has no place for any Gandhian nuances in its scheme of things.

“Abide with me” was loved by Mahatma Gandhi for its spiritual content and moral appeal. Of course, it is a biblical hymn, but it never bothered the Mahatma, a practising Hindu. Being a true Sanatani, Gandhi never distinguished the value of goodness based on its source. Gandhi had famously remarked, “Religions are different roads converging to the same point. What does it matter that we take different roads so long as we reach the same goal? Where is the cause for quarrelling?”

The message of denying even token inclusiveness to minorities was boldly put across when Prime Minister Modi turned down a skull cap offered to him by a Muslim cleric during a “Sadbhavana fast”. Moreover, during this year’s Republic Day celebrations, the government has decided to do away with the tableaux of Kerala, West Bengal and Tamil Nadu during the parade.

“Abide with me”, the biblical hymn played by military bands at the Beating Retreat ceremony on January 29 evening at Vijay Chowk every year, has been part of our collective memory. Its absence will be sadly missed.

However great our ancient civilization must have been, the fact cannot be denied that the modern Indian nation born on August 15, 1947, was evolved out of a prolonged churning with the colonial interface. Evolution of our parliamentary democracy, independent judiciary and above all the written constitution that ensures equality and fairness to every citizen irrespective of caste, sex and creed consequented out of the confluence of traditional Indian wisdom with western liberal thinking.

Likewise, our military traditions too have strong moorings to the colonial past. The naming of fighting regiments on martial race concept, their uniforms and military manners are still British. Even the plumes donning their caps stand for meanings in British traditions. So is this ceremony called “Beating Retreat”, which is outrightly a Western concept that dates back to 17th century England and the ceremony was first used to recall the nearby patrolling army units to their bases.

Change is the law of nature. However, the process goes in tandem with continuity. Moreso, if the remnants of our past are rooted in historical relevance, then preserving the sanctity of the remains of our past is the offering that we bestow to our future generations.

Who would deny that the two field marshals India had so far, Sam Manekshaw and Kodandera Madappa Cariappa, were venerated soldiers of the British Indian army? During Republic Day, when the decorated soldiers are marched past at the Rajpath, Victoria Cross winners, the recipients of the highest British military honour, are also paraded alongside Param Vir Chakra and Maha Vir Chakra winners.

Traditions do not pop-up like miracles out of the blue. They evolve out of customs and practices that goes through a process of churning through the ages. Thus, any sudden disconnect can only be seen as an act that is dissonant with our cherished past.

Bapu’s notion of “Sarva Dharma Sama Bhava”, the concept of unity of faith, is akin to the composite Indian ethos inclusive of every diversity, including the different denominations of Hindu faith. The Bhagavad Gita, Bible, Quran, the Guru Granth Sahib and other scriptures are part of this incredible mosaic of Indian ethos.

When the government wants to rewrite a new India, the question is, should we let go of the precious remnants of our combined past? History cannot be rewritten or made. As Martin Luther King has rightly put it, “We are not makers of history. We are made by history”.

Mehmood Abdi is a Mumbai based lawyer, short story writer and columnist. He runs a culture based weekly show on YouTube called “Culture Bazaar”.