Chardham Yatra: Pilgrim deaths could have been averted - The Probe

Chardham Yatra: Pilgrim deaths could have been averted 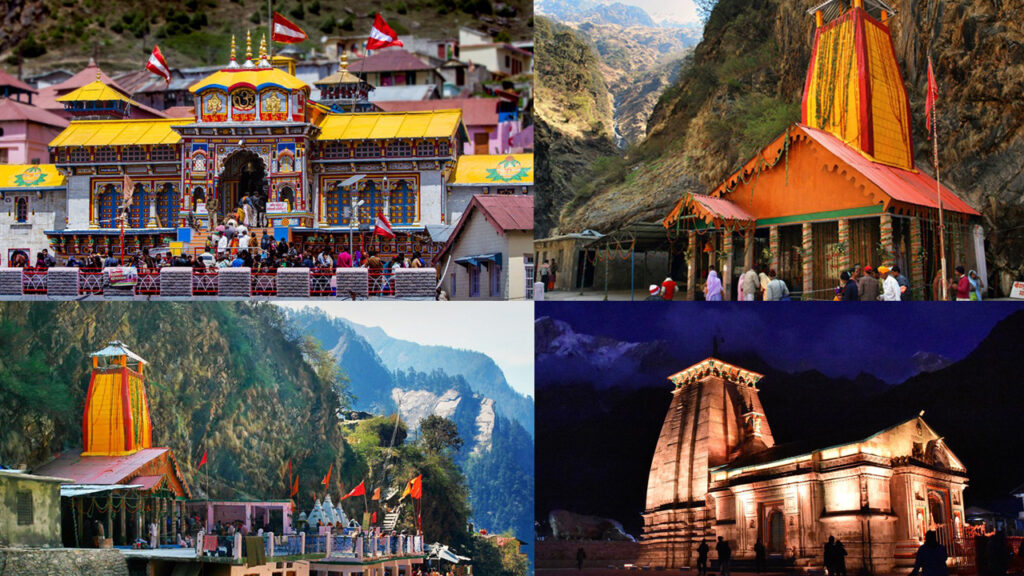 The commencement of this year’s Chardham Yatra saw the loss of over 45 lives. Though most deaths were attributed to high blood pressure, heart attack, mountain sickness and post covid complications, one cannot sidestep the question of how prepared the Uttarakhand government and the authorities were to provide care and safety to the pilgrims.

The Uttarakhand Director-General of Health, Dr Shailaja Bhatt, maintained that most pilgrims died due to high blood pressure, heart attacks and mountain sickness. According to her, the government has put in place medical checkpoints for health checks of the pilgrims, but many believe that the facilities currently provided by the state government are not adequate enough to handle the growing influx of travellers.

Speaking to The Probe, Karan Mahara, the Congress President of Uttarakhand, said that the government had ignored the warning signals. Despite several pleas for setting up better medical and infrastructural facilities ahead of the yatra, none of it was made, alleges Mahara.

“People are suffering from post Covid complications all over the country. I already told the government that there must be oxygen checkpoints. But they didn’t do that. I told them that the area is accident-prone and the roads must be fixed. They didn’t fix that as well. Eight people died here in the first week itself because of accidents. No, medical facilities were provided when 32 people had initially died. There were no ambulances. There were no water facilities either. The first day when we reached Kedarnath, there was no power the whole day. For poor people, they did not arrange rain baseras. There was a huge failure in setting up infrastructural facilities for the people.”

While the Uttarakhand tourism website has a travel advisory page with do’s and don’ts for the travellers and emergency contact numbers, it falls short of providing accurate information on the facilities and amenities in place along the travel route. Dr Sandeep Gore, Director, Emergency Medicine at Fortis Mumbai, asserts that there are glaring gaps in the facilities being provided by the government, which has resulted in the deaths. According to Dr Gore, the Chardham Yatra deaths could have been easily avoided.

“At Kedarnath, you have to walk for sixteen kilometres and for Yamunotri, you have to walk six kilometres, and that’s at a height from about 2000 to 3500 metres. So, it’s high altitude, and if you go for a pilgrimage without preparation, your health can be severely affected. The government must regulate the number of people who go on these pilgrimages and must make one or two halts along the route mandatory. If not two or more halts, at least a single halt must be made compulsory for all travellers. The government should set up 600 to 700 metres as the maximum height for travel during a single day. Right now, there are no such regulations. This is one of the major contributory factors to the rising instances of deaths during the Chardham Yatra,” said Dr Gore.

Chardham is one of the most prominent Hindu religious pilgrimage spots in Uttarakhand. The pilgrimage involves the tour of the four holy sites – Yamunotri, Gangotri, Kedarnath and Badrinath. The four high altitude shrines are nestled up in the Himalayas and remain shut for almost six months every year, opening during the summers and closing during the onset of the winters.

The pilgrim sparks off his journey from Yamunotri and moves towards Gangotri and then passes through Kedarnath and ends the pilgrimage at Badrinath. But the government’s medical and infrastructural facilities for the yatra are not matched by the corresponding increase in the number of pilgrims visiting the site. Since 2014, there has been no additional allocation of funds for the Chardham yatra either. Budgeting constraints and poorly managed facilities make this site dangerous for people who embark on the journey without preparation.

“I have gone through the statistics. Most of the pilgrims died at Kedarnath and Yamunotri. People have been going and exploring Mount Everest for over a century now. In the last hundred years, only 300 deaths have occurred on Mount Everest and in the last 20 days alone, in Kedarnath and Yamunotri rivers, over 40 deaths have happened. You can imagine how big the problem is,” said Dr Gore.

The Uttarakhand government has advised the pilgrims to not embark on the arduous journey if they are not medically fit. Most cardiologists stationed on some of the spots on the route cannot provide relief to the pilgrims as most people are declared dead even before they are brought before the doctors. According to Mahara, while the government has issued orders increasing the daily limit imposed on the pilgrims, there has been no increase in infrastructural facilities.

“The day I reached Kedarnath, I was getting a bed for 1000 rupees. The government had arranged accommodation for only 5000 people. But the inflow of people was huge. That day itself, there were close to 16000 people in Kedarnath. Where will these people go if there are no accommodation arrangements for them? The government has no working mechanism in place to limit the number of pilgrims. They have not been able to provide pilgrims facilities for safe and hassle-free travel.”

At Chardham, the government has been noticing a huge influx of pilgrims this season. With no Covid-19 related restrictions, the authorities have made it mandatory for the pilgrims to register before starting off their journeys. The government has also advised the pilgrims to give themselves at least one day’s rest before reaching the final pilgrimage site as the travellers may be exposed to extreme cold, low humidity, increased ultraviolet radiation and reduced air and oxygen pressure.

According to Dr Gore, a one day rest, as prescribed by the government, may not be of great help to pilgrims. But some simple precautions and good practices can go a long way in saving lives. “The elderly people who go to such yatras sometimes are not fit enough to explore these difficult terrains. They must at least get trained to increase their fitness to optimum levels six months before the trip. Aerobic training can help them. If they have weight-related issues, even that must be addressed during the six months. If they have heart ailments or other underlying medical conditions, they must consult a doctor before embarking on such a journey. People should carry pulse oximeters. Oxygen cylinders or checkpoints must be available at various points, and the pilgrims should have a clear knowledge of where exactly help is available. The government should also set up numerous medical camps on the route, and these camps must have medical experts and emergency medical facilities. Some simple steps can help prevent such high altitude illness and death.”

Recently, Shadab Shams, the spokesperson of the BJP in Uttarakhand, sparked a controversy when he said that pilgrims were hiding their health issues and going ahead with the journey despite the risks. The government, too, is in a state of denial regarding the lack of amenities for the pilgrims. Experts believe that the number of deaths will continue to increase on the pilgrimage route if the authorities do not step in to put in place a concrete plan of action to safeguard the lives of the pilgrims who embark on these arduous elevated routes to reach the four holy shrines.