After 51 lives were lost due to dengue in Firozabad, district authorities in Prayagraj face wrath of parents whose children were rushed to hospitals that had shortage of beds, nursing staff, ventilators and oxygen supply
by Anish Ganguli and Ahmar Wasif
India
READ 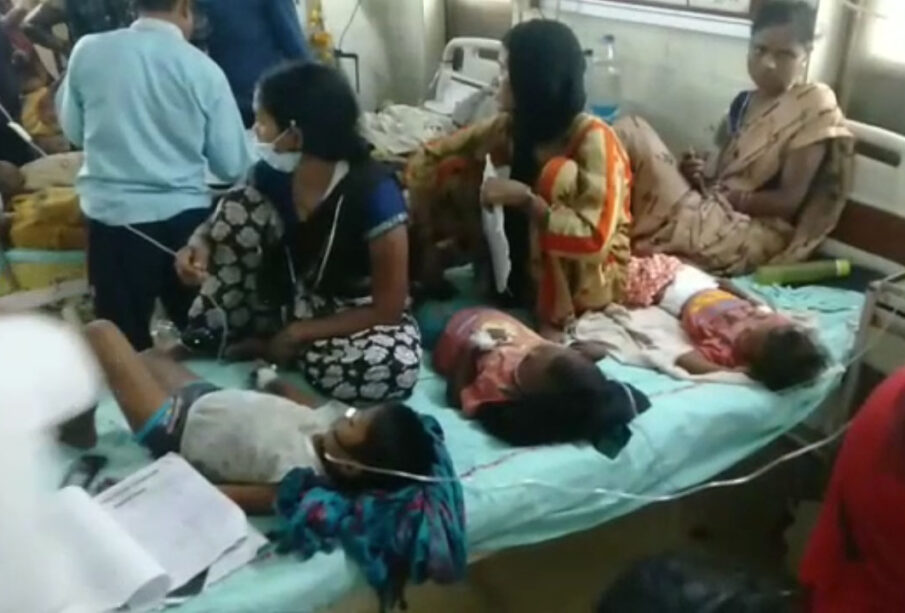 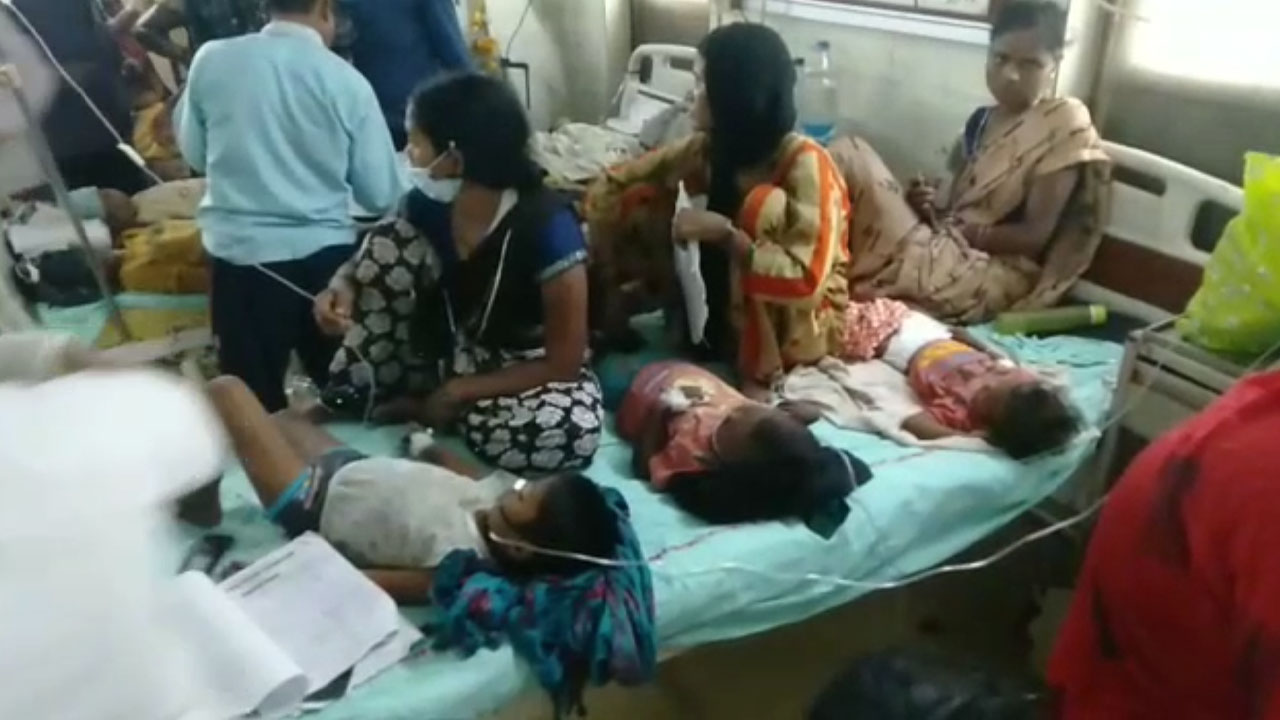 Three children crammed on one single bed along with their family | Pic courtesy: Rajul Sharma

The Sarojini Naidu Children Hospital in UP’s Prayagraj was inundated with overflowing patients after many children were rushed to the hospital with symptoms of fever, pneumonia and encephalitis. The hospital authorities confirmed to The Probe that in the last one week alone hundreds of children were rushed to the Child Hospital with a wide range of symptoms related to water borne diseases.

Three to four children were seen lying on single beds with their parents by their side as the hospital authorities faced a severe shortage of beds and nursing staff. “Around 165 children are admitted right now but tomorrow we will shift the children to another 100 bedded ward. Patient inflow is ongoing and it keeps changing as per the rush of patients. Even if 300 patients come, we can’t deny admission to them. We are trying our best,” said Dr SP Singh, Principal Superintendent of Swaroop Rani Nehru Hospital. 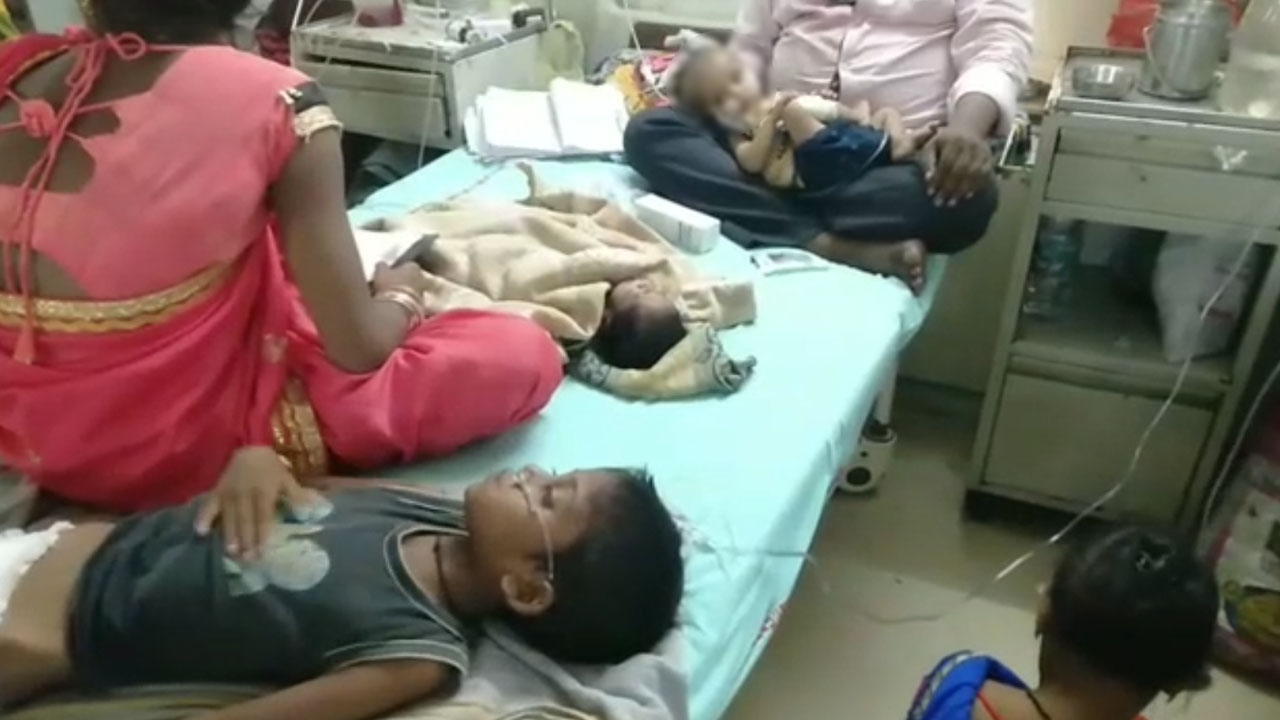 “Children are getting sick from water borne diseases like diarrhea, viral infections, hepatitis, typhoid, meningitis, pneumonia and other diseases. During monsoons, there is always a spurt in cases. We have around 160 to 170 patients now but we have only 120 beds. We can’t send the patients back, so, we somehow try to adjust them,” said Dr. MV Singh, Chief Medical Superintendent, Sarojini Naidu Children Hospital.

The parents of the children who were admitted in the ward claimed that the children were in dire need of treatment and there was shortage of beds, oxygen, doctors, nursing staff and ventilators. While speaking to The Probe, one distraught parent said: “The hospital authorities are callous, no one is helping us. Some government doctors here do a 10 a.m to 2 p.m shift and then they leave. Every year, there is a spike in admission of children with severe infections and other diseases during this season, yet the district authorities were not prepared to handle this emergency.” 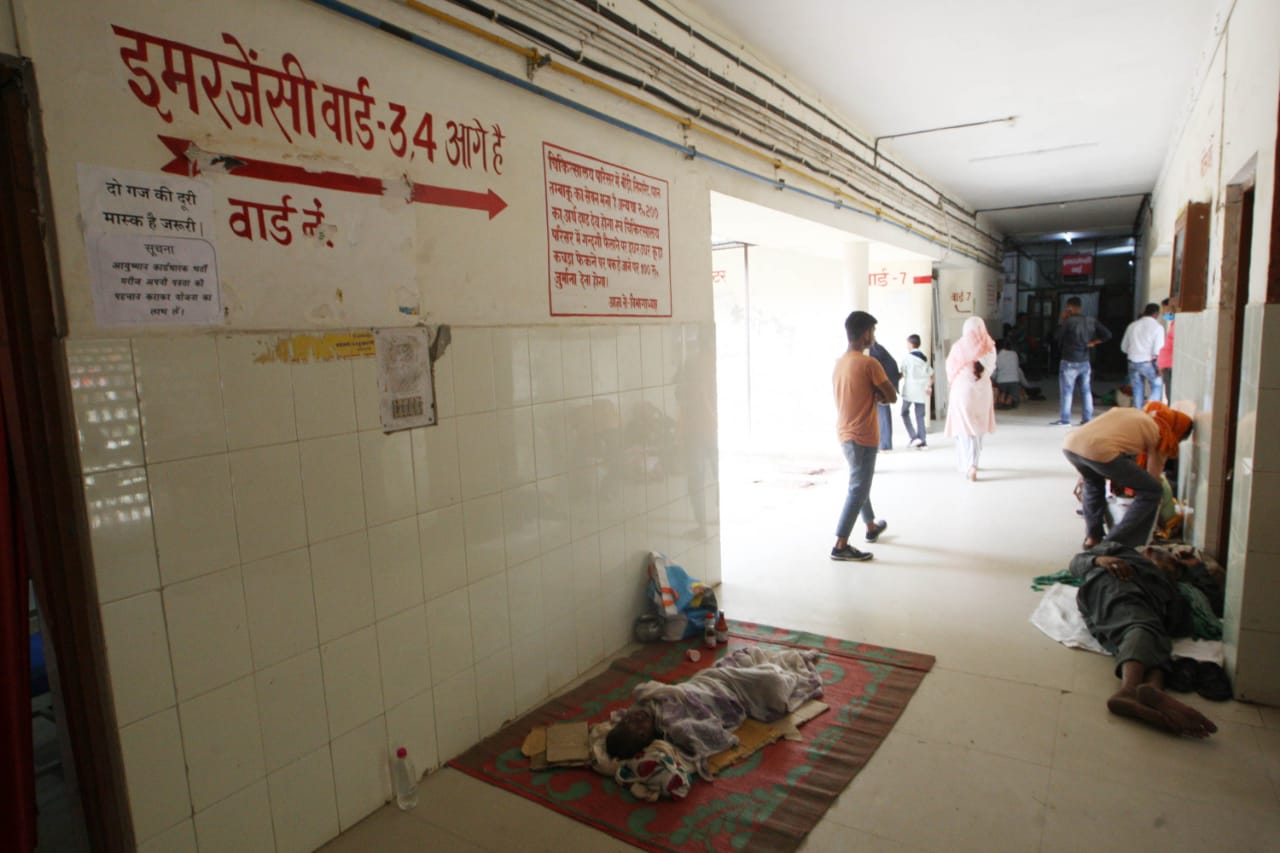 A child lying on the floor outside the emergency ward of the hospital | Pic courtesy: Rajul Sharma

Speaking to The Probe, Dr Nanak Saran, CMO of Prayagraj said: “Since last week we are seeing a spike in cases. There was one dengue patient amongst all the cases. We are taking this very seriously. Tomorrow we are opening a 100 bed ward in SRN Medical College. If there is a further spike, then we will shift the children to PICU hospital where there are 40 more beds with ventilator facilities.”

With Covid-19 cases rising across the country, the parents fear that such careless handling of emergency medical cases by the district authorities could further endanger lives of children and trigger another wave of the pandemic in Uttar Pradesh.