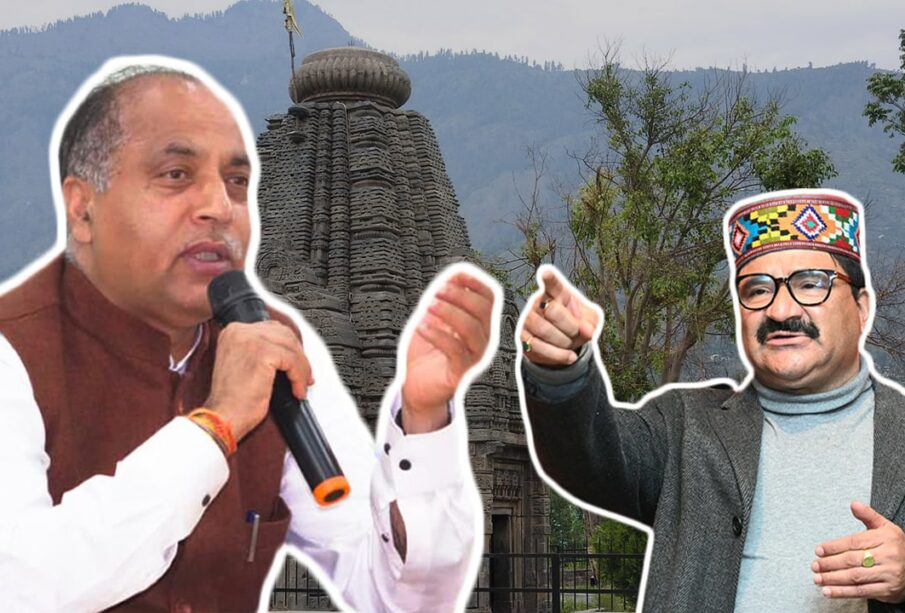 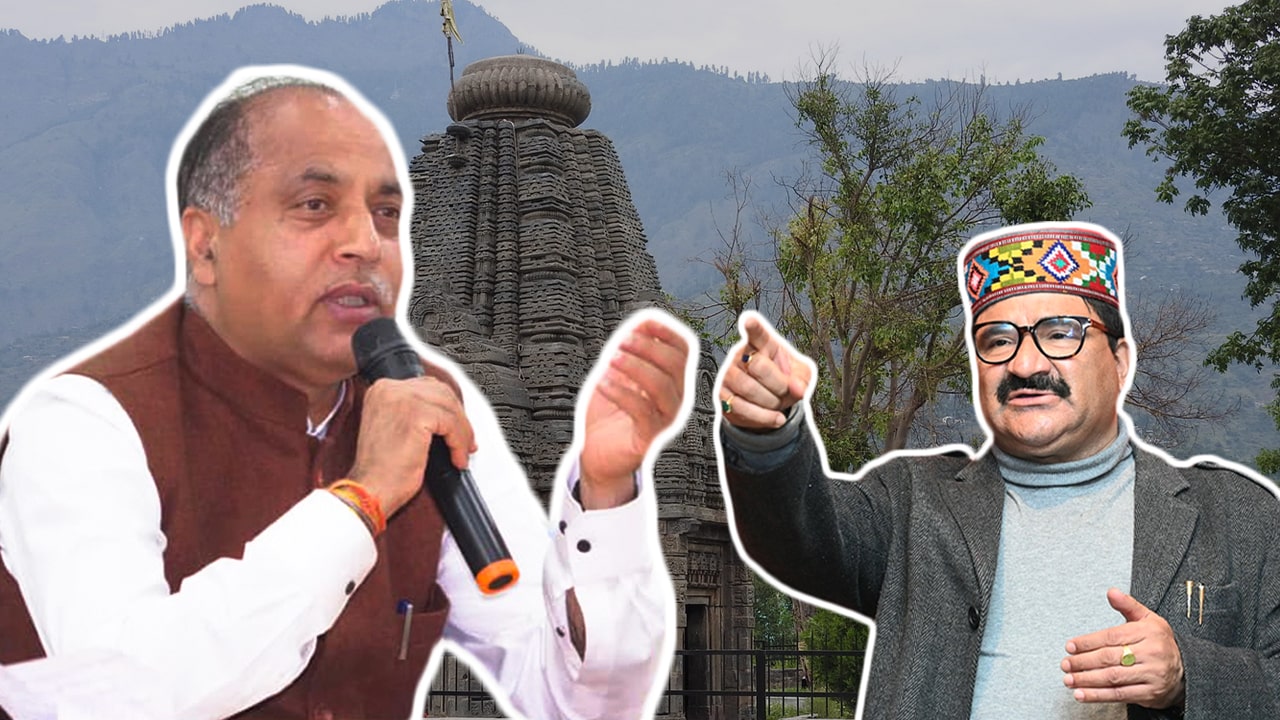 On September 28, The Department of Language, Art and Culture which falls under the Ministry of Education in Himachal Pradesh issued a contentious notification. The notification signed by RD Dhiman, Additional Chief Secretary states: “All receipts or offerings including gold and silver of the Hindu Public Religious Institutions and Charitable Endowments shall be used only for the purposes pertaining to the welfare and other activities relating to only Hindus. No receipts or offerings shall be used for the purposes associated with the activities relating to non-Hindus.”

Referring to Section 27 of the Himachal Pradesh Hindu Public Religious Institutions and Charitable Endowments Act of 1984, the notification further states: “All the officers and officials including the personnel related to security etc., whether appointed or deputed or taken on outsourcing basis shall be out of the persons professing the Hindu religion only.” 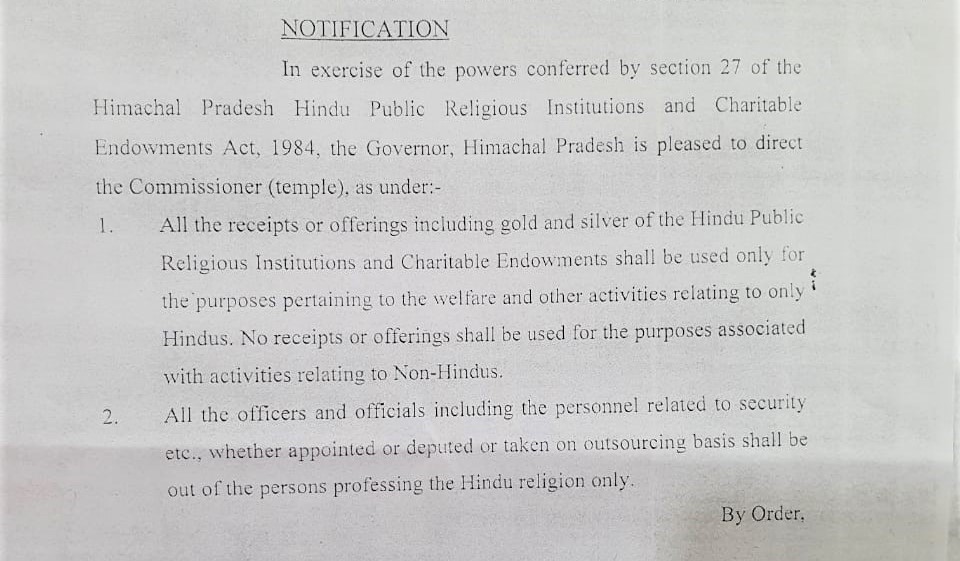 In short, the ‘discriminatory’ order basically states that the “Charitable Endowments” or offerings made at Hindu temples and religious institutions in Himachal Pradesh can only be used for the benefit of Hindus and non-Hindus should not be the beneficiaries of any of these offerings. The document also states that the management of these temples and religious institutions can only employ Hindus in all layers of services offered by personnels that involves those who have been directly appointed by the management and those who have been deputed, which includes the personnel who have been taken on outsourcing basis.

The Probe spoke to Govind Singh, the state Minister for Education, on the ‘unconstitutional’ notification, which was issued by the Department of Language, Art and Culture that he heads. The minister said, “This is neither discriminatory nor unconstitutional. The money that comes to temples will be only spent for the welfare of our Hindu community members. We are not going to withdraw this notification”.

The Probe also spoke to Pankaj Lalit, Director at the Language, Art and Culture department of the Himachal Pradesh government. “These are not state funds. These temples are run by the receipts coming to them by way of offerings by the devotees. As per Section 27, the government can give directions to the temples. By giving these directions, the government is not going against the spirit of the Act or against the spirit of the constitution. As far as I am aware, the state government is not contemplating the withdrawal of this notification,” said Lalit.

According to this Act, the terms ‘Charitable Endowments’ is defined as: “all property given or endowed for the benefit of, or used as of right by the community or any section thereof for the support or maintenance of objects of utility to the said community or section, such as sarais, rest houses, pathshalas, schools and colleges, houses for feeding the poor and institution for advancement of education, medical relief fund and public health or other objects of like nature and includes the institution concerned.”

The Act also asserts that the temple commissioner must be a Hindu. It states: “The commissioner and other officers who may be directed to exercise any or all the powers or perform the functions of the commissioner, shall be appointed out of the persons professing the Hindu religion.”

Though the Act does not put a blanket ban on the recruitment of non-Hindus at all employment levels pertaining to these institutions, the September 28 directive issued by the government clearly restricts employment of all non-Hindu personnel at these temples and religious institutions.

Section 27 of the Himachal Pradesh Hindu Public Religious Institutions and Charitable Endowments Act – which is quoted in the notification – pertains to the right of the government to amend, rescind, alter or modify any provisions of the Act and the orders passed by the commissioner. 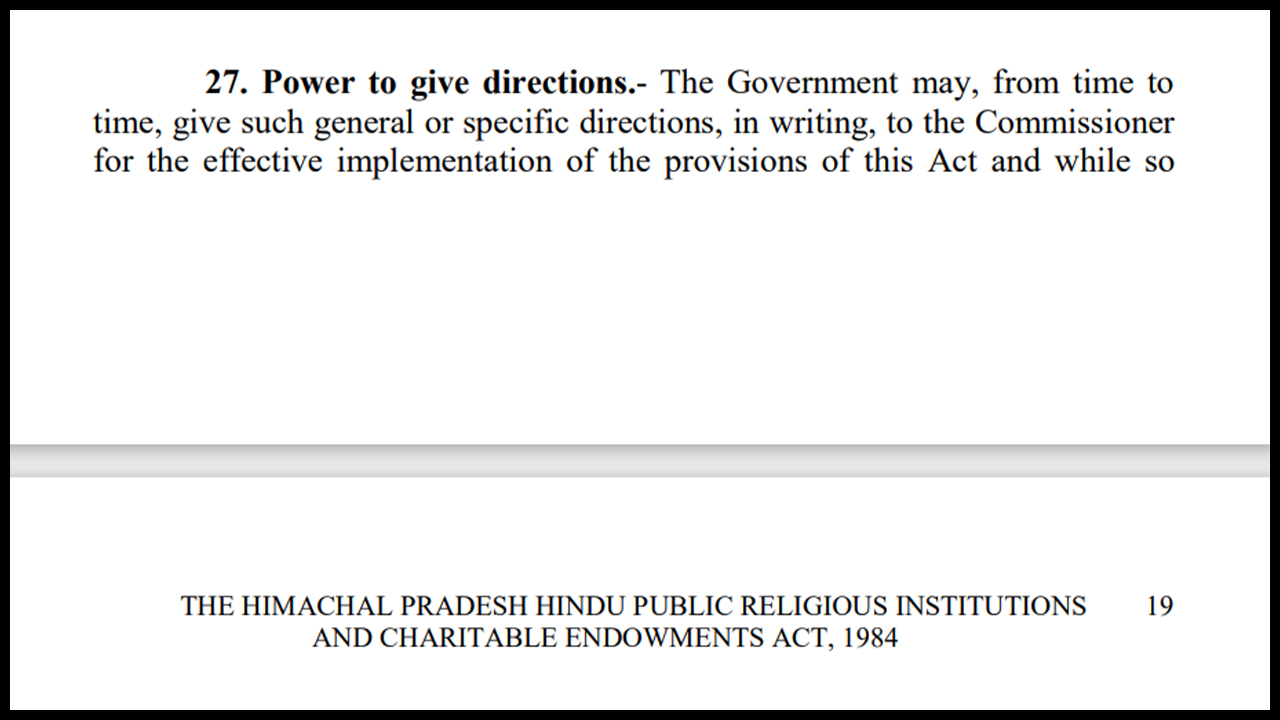 Why is this notification ‘unconstitutional’?

Calling the notification an ‘unnecessary’ directive, Achary observes, “This is not in accordance with the spirit of our secular constitution. This also amounts to compartmentalising the whole society on religious lines. This is not a good policy”.

The order by the Himachal Pradesh government in spirit, also restricts temples from using the money received as offerings towards welfare of minorities in terms of donations and charities made to educational institutions, hospitals and other areas. In simple terms, if a temple or a Hindu charitable trust runs an educational institution, orphanage, or a hospital, those organisations that accommodate non-Hindus may not be allowed to receive funds.

Constitutional experts also told The Probe that this notification is violative of the spirit of Article 29 (2) of the constitution that relates to provisions related to ‘Protection of Interests of minorities’ in the country. The Article states: “No citizen shall be denied admission into any educational institution maintained by the state or receiving aid out of state funds on grounds only of religion, race, caste, language or any of them.”

Article 29 (2) of the Constitution of India

Though the temples do not receive state funds, the question is whether the government can make regulations that restrict the access to welfare benefits of minorities based on their religious status. Experts say that this notification also infringes upon Article 14 of the constitution that deals with the right to equality. Article 14 stipulates: “The state shall not deny to any person equality before the law or the equal protection of the laws within Indian territory.”