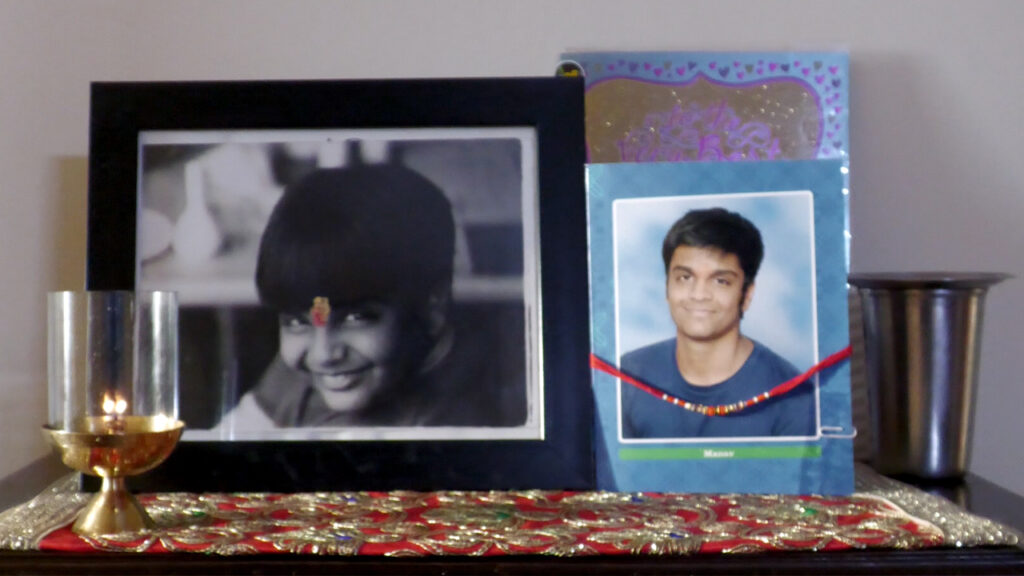 17-year-old Manav jumped off his eleventh-floor balcony – instantly dying – on May 4, 2020. A year and a half ago, when I met his parents – Manoj Kumar and Tanuja Singh – in their Gurugram apartment, the couple said they reached their apartment’s ground floor, hearing the screams, only to find the lifeless body of their son. Manav’s father told me, “My son’s skull got split into two halves. It was split open like a watermelon. I picked up pieces of his brain and pieced them together and took him to the hospital, making him lie on my lap. I was hoping that some part of him was still alive”. But Manav was declared dead.

A few minutes before the incident, Manav was having a meal with his parents. He was in the best of spirits, and at 10.45 that night, he went into his room to sleep. “Before sleeping, he went through his Instagram account, and he was shocked to find many defamatory posts against him. He was being accused of sexual misconduct, and he was being cyberbullied and trolled. At 11.23 that night, he sent us a message from his phone bidding us farewell, and he jumped off his balcony soon after,” said Tanuja Singh, Manav’s mother.

While that may be the account of Manav’s last moments, the real story of his parents’ brush with the law enforcement agencies in the previous two years is more funereal than the actual story itself and is representative of how the wheels of justice sometimes hardly move and in cases like this come to a grinding halt making one wonder – what is the recourse for an ordinary citizen when all doors get shut? Is there still a window of hope for simple people like Manoj and Tanuja, whose lives have been turned upside down ever since the death of their only child and are today a shadow of their former selves.

“It is clear as crystal that Manav, who was a minor at the time of his death, was cyberbullied, and it is a case of abetment to suicide. Initially, the police didn’t even want to register an FIR in the case, and it was only after the father of Manav, Manoj Singh, moved from pillar to post that they relented. I can tell you with a lot of conviction that the parents and I are very convinced that some police officials have been paid off, and they have compromised this case,” said Amish Aggarwala, Manav’s family’s legal counsel.

“After every 15 days, the police added a single line, narrated the same old story and got away with it. The magistrate, after a few hearings, in her order remarked – “The Investigating Officers are working at a slow pace for reasons best known to them”, and a copy of the order was sent to CP, Gurugram. Ultimately we moved an application to the juvenile justice department for further investigation of the matter. That application has been pending for the past four to five months before the Juvenile Justice Board,” remarked Aggarwala.

The family of Manav had simple, straightforward demands. The evidence related to the digital footprints of the alleged offenders who cyberbullied their son must be traced – some of it was already available with the family. The rest had to be sourced from Instagram. The police had to go through the evidence, investigate the case and help prosecute the offenders. But on the contrary, the parents alleged that they were being treated as offenders in the case and said they faced harassment from the Gurugram police last year.

“Last year, we were harassed. We were treated like culprits when we had lost our son to a crime. This month on May 4, we observed Manav’s second death anniversary. We have waited for two years now, and we will wait for eternity if needed. But the hard fact is that this case is not being handled with the sensitivity it deserves. We have handed over all the evidence to the police. But my question to the police is what has been your contribution to solving the case apart from accepting money from the other side and trying to hush up the case,” asked Manoj.

The couple finally found a glimmer of hope when the National Human Rights Commission stepped in, transferring the case to the CB-CID for reinvestigation. While moving the case, the NHRC had stated: “The Commission has considered the materials placed on record. From the perusal of the report, it is apparent that the enquiry report is silent about any arrests made in the matter nor sent the mobile phones for forensics on time. Further, without obtaining the mobile phone data report, Snapchat, and Instagram from FSL, Madhuban, the police have filed a final report in the matter. The facts and manner of investigation done by the present IO is nothing but a vitiated investigation which cannot rise to a valid chargesheet. The complainant has also pointed out various lapses in the investigation, which also suggests that the present investigation by the IO seems to fail to follow the basic principle and procedures of law. The Commission is of the view that there has not been a fair investigation, hence, transfers the matter to the CB-CID for reinvestigation.”

But despite the NHRC’s intervention, the Gurugram police have still not been able to carry out an impartial investigation. The Probe spoke to the officials in the NHRC, and we were assured that the Commission would follow up on the case and do whatever it can within its limitations to help serve justice. But the fact that Commissions like the NHRC do not have powers of prosecution and can only order an investigation, summon police officials and recommend corrective action – makes police officials turn a blind eye to the demands of the commission.

Manav’s case also exposes the culpability of social media platforms like Instagram. The social media platform has been slacking in its responses, and this, coupled with the lack of enthusiasm on the part of the police, has proven to be a perfect recipe for obstruction of justice in the case.

“The police have been asking questions smartly so that the answer is negative. For instance, the police started this case by asking Instagram whether they could give the information regarding the case without even giving the IDs of the girls. So, the first time around, Instagram wrote back to the police, asking them to revert with the IDs of the individuals and the date range in which they wanted the information. So, the police allowed the time to lapse that way. When police finally sent all the information, the Instagram IDs were deleted. Police purposely delayed their investigation,” asserted Manav’s father.

The case in the last two years has seen several ups, downs, twists and turns. But despite beams of comfort from the magistrate’s side and the National Human Rights Commission, the wheels of justice have refused to turn in favour of the victim.

“After this case got transferred to the Crime Branch, four major officers who were investigating the case got transferred. My biggest challenge is making each new investigating officer understand the case’s background. The charge sheet has been filed under abetment to suicide of a minor. I want the maximum punishment to be given to the accused so that we can set an example. If the girls claim that they were minors when this incident happened, then I would want to remind everyone that after the Nirbhaya case, it was pointed out that if a heinous or serious crime is committed by someone between 16 and 18 years of age, that person should be treated like an adult. We want the magistrate and the police also to make sure that they make Instagram accountable in some way. Twenty lakh people saw this post in less than a couple of hours. How did this post suddenly become so viral?” asks Manoj.

The Probe approached the Gurugram police for their response over the status of the case and the reasons for the delay in the investigation. We will update the story when we receive a response from the ADG Crime.

(With additional inputs from Sakib Lone, The Probe)