Delhi Pollution: Children gasp for breath in the national capital

With the government lifting curbs imposed due to pollution, schools are all set to reopen in Delhi. But experts say Delhi air still ‘very poor’ with severe health risks, especially for children
The Probe Staff
Stories 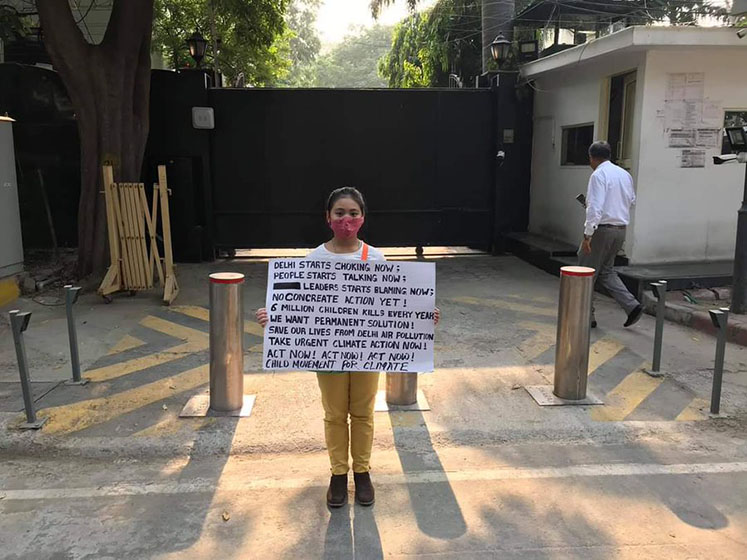 The primary schools in Delhi are all set to reopen on November 9. The Delhi government on Monday lifted bans that were enforced to contain pollution. The government has also lifted curbs on the entry of trucks into Delhi and ban on construction workers related to roads, highways, flyovers, overbridges, pipelines and power transmission networks. Speaking to The Probe, several experts said children are gasping for breath in the national capital, and Delhi’s air quality continues to pose dangerous health risks.

The Delhi government has maintained that rapid improvement in air quality and reduction of farm fires is the reason for the lifting of the ban. “There has been an improvement in the air quality in the past two days. Yesterday and today, the AQI (Air Quality Index) has fallen to around 350. There has been a reduction in instances of stubble burning, and the wind direction has changed,” said Gopal Rai, Delhi Environment Minister.

Though Delhi’s pollution only increased marginally on Monday, it still continues to remain in the “very poor category”. Dr Ashutosh Niranjan, Dean of Noida International Institute of Medical Sciences, said vehicles alone could not be blamed for pollution. “I have seen the government wrongly blaming vehicles for pollution. This is not right because in other metro cities, you have the same number of vehicles. So, the actual problem is the stubble burning issue, and this needs to be taken care of.” 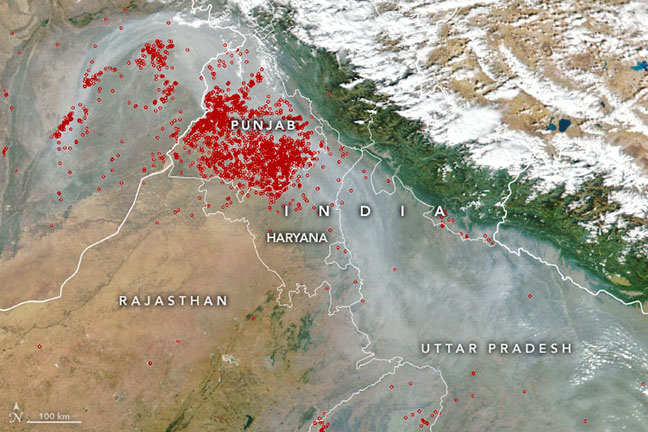 Earlier, the National Commission for Protection of Child Rights (NCPCR) had asked the Delhi government to shut schools till air quality in the city improves. “Many people in Delhi have already started developing breathing-related issues. The children are the real victims because the capacity of their lungs is less. Children breathe more rapidly than adults, and they absorb more pollutants. Children have been increasingly suffering from asthma and other related health issues,” adds Dr Niranjan.

While Union Minister Jitendra Singh said air pollution-related stubble burning cases had witnessed a rise of 160 per cent in Rajasthan and 20 per cent in Punjab this October as compared to October 2021, Gurvinder Singh, Director of Punjab Agriculture Department has said that a study conducted on the issue has found that stubble burning in Punjab has not influenced Delhi pollution to a great extent.

“Our Punjab Agricultural University has done a study which has found that stubble burning in Punjab is not causing much influence on Delhi pollution. The window for stubble management is too short, and this year again, it has become shorter because of the rains at the time before harvesting. Usually, we get 20 to 25 days for harvesting and sowing, but this year due to rain, we only had ten days to manage the stubble. Moreover, farmers are trying hard to handle the stubble,” noted Gurvinder Singh. 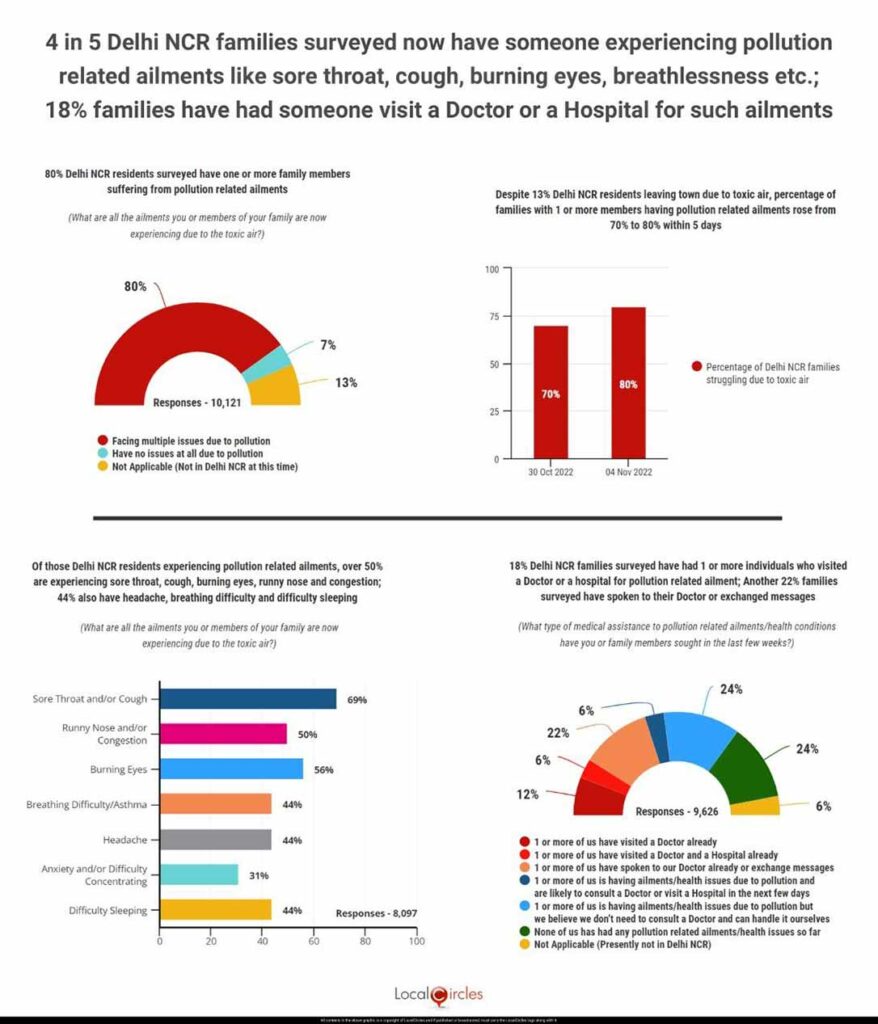 According to LocalCircles, 4 in 5 Delhi NCR families surveyed have someone experiencing pollution-related ailments: 18% have already visited a Doctor or a Hospital | Photo courtesy: LocalCircles

Delhi has also been under a smog blanket. A recent survey conducted by Local Circles found that 4 in 5 Delhi NCR families surveyed have someone experiencing pollution-related ailments like sore throat, cough, burning eyes, breathlessness and other related issues.

“Migration from rural areas to urban areas has increased. The density of the population has also increased, leading to heightened traffic. The number of industries has also seen a steady increase. Usually, during winter months, when the monsoon withdraws, and the wind changes direction from easterly to north-westerly, the problem of pollution increases in October and November. This, coupled with the stubble burning problem, worsens pollution. By the second half of November, stubble burning incidents will be reduced,” asserted Mahesh Palawat, Vice President, Meteorology and Climate Change at Skymet Weather Services.