Doctrine of Salami Slices: the Chinese playbook - The Probe

We need to be vigilant and technologically empower the armed forces to deal with the inimical contingencies. Certainly, the doctrine of Salami Slices is expected to continue as a tried and tested mechanism with a high and coercive hegemonic content in the Chinese playbook as a pan-global phenomenon.
by Lt Gen Rameshwar Yadav (Retd)
Stories
Home » Stories » Doctrine of Salami Slices: the Chinese playbook
READ 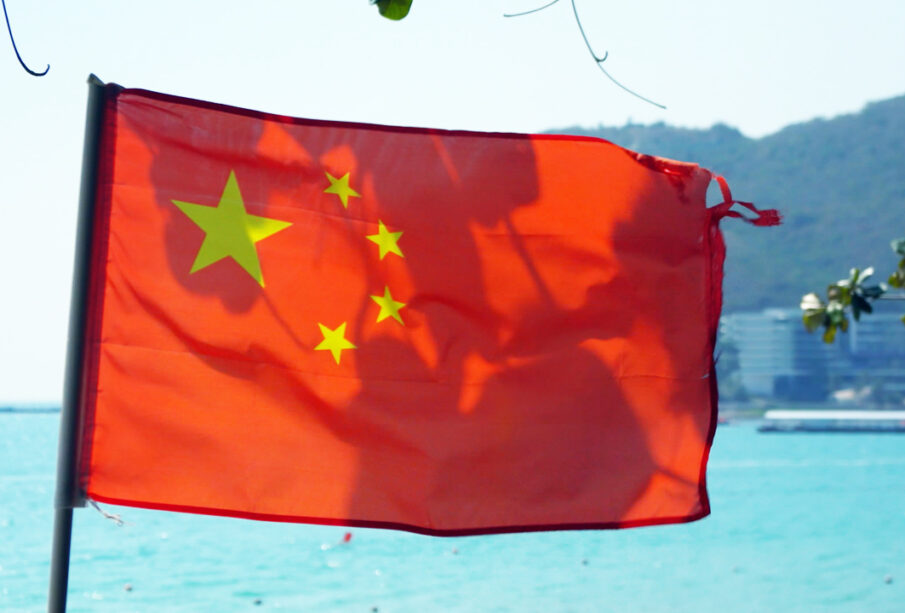 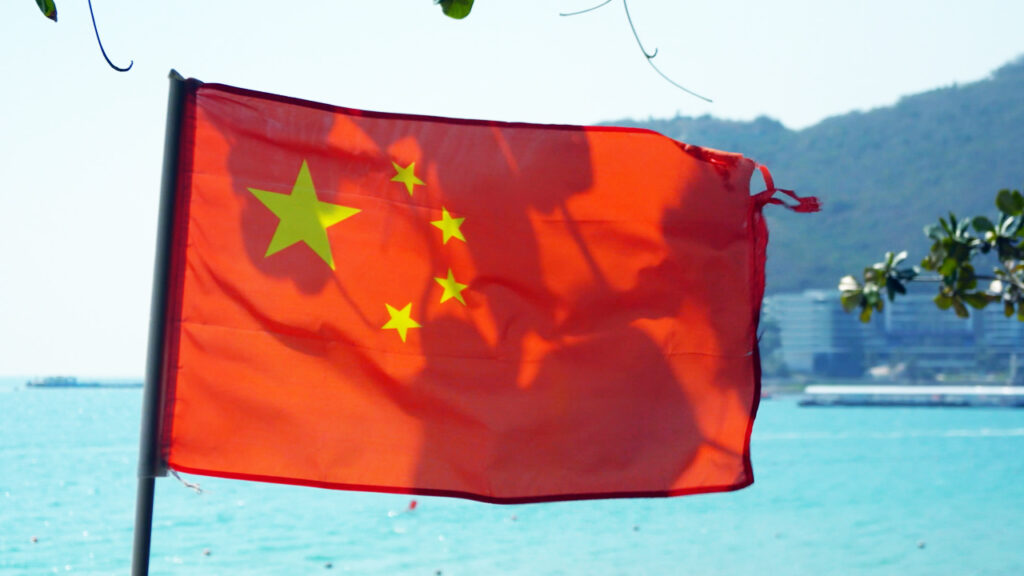 The doctrine of ‘Salami Slices’ is an innocuous tactical level nibbling action, not grave enough to up the ante that may escalate into a warlike situation. It invariably follows larger territorial expansion done earlier through occupation or capture of claimed areas through politico-military means.

Such incremental action aims to fine-tune military postures that facilitate tactical advantages of strategic significance. This, in turn, creates leverages for political negotiations that would invariably follow such a forced land grab. The underlying philosophy presupposes acceptance of the change in the status quo by the opponent as a fait accompli — or else, be prepared for punitive consequences.

Surprise is an essential ingredient in such limited encroachments done on the quiet, under the cover of showing the flag with a small force. At times, it is done to draw the opponent’s reaction to assess their operational preparedness and area sensitivity prior to pushing it to the next level. If there is an immediate response in a resolute manner, the toe-hold is rescinded after making their presence felt. If found complacent, the encroachment is consolidated to make it non-viable for eviction without forced accretions. Such an audacious land grab is attempted when there exists a force asymmetry wherein it is considered best to avoid confrontation by the weaker side.

China has perfected this art and is known to practise it in its hegemonic outreaches across the world. It is part of the psychological warfare that plays a major role in pressuring the defender to submit to the Chinese dictates. China moves into small enclaves portraying their offensive act at times as a defensive move to secure their territory. The opponent is taken by surprise despite adequate military deterrence presenting a Hobson’s choice: it is compelled to either silently accept Chinese Salami Slices or risk a confrontation. If challenged, China invariably turns around and blames the opponent for indulging in hostile acts and disturbing peace and tranquillity. Such small multiple military actions cumulatively reduce options to counter their actions pushing the defender on the back foot.

Few analysts consider the scope of salami-slicing at much higher levels, wherein it may be used to force and manipulate the political subservience of nations and organisations. To do that, China is known to use its soft and hard power to claim territories and sea spaces that facilitate economic expansion in pursuit of its national ambitions. The methodology includes coercive diplomacy, cartographic aggression, gun-boat diplomacy, funding impoverished nations with debt trap intents (BRI) and also control policies of international bodies like the WHO, WTO etc, whereas, the common understanding of this term is generally limited to cartographic ingress into selected areas for small, opportunistic territorial gains and coercive purposes.

The entire process is a continuum of multiple phase operation wherein China starts claiming suzerainty over the regions historically connected to ancient times. It is followed up by occupation/capture of such territories to the extent possible. Finally, the areas of tactical importance are attempted to be acquired through Salami Slices to accord tactical strength to their military posture.

The claims may be based on the precedence of a protocol to pay obeisance by friendly smaller states or connectivity of spiritual heads between monasteries of adjoining regions in the past. It may be a military campaign on the periphery resulting in occupation for some time or even a history of Chinese seafarers venturing out to far-flung islands on the high seas.

Such proclivities go back centuries with obvious inconsistencies and in no way substantiate the authenticity of such claims. Unequal treaties and consequent loss of their lands when China happened to be under stress are the usual justifications. The onus, therefore, fell on the communist party when they took over power in 1949 to restore and reintegrate the lost Chinese territories. Apropos, Southern Manchuria, East Turkmenistan and Tibet were merged into China by force around the mid-1950s in line with their professed claims.

Similarly, China started claiming islands and tolls as far as 2000km from the mainland as these have been under their influence for more than 1000 years. It was obviously to suit their political interests of expanding their EEZ at the cost of denial to other littoral countries. The nine-dash line as the maritime boundary and large number of islands within the South China sea is part of the Chinese salami-slicing strategy. In that, the occupation of the Paracel Islands in 1974, Johnson Reef in 1988, Mischief Reef in 1995 and Scarborough Shoal in 2012 were done on fictitious claims.

In the case of the Indo-Tibet border, China has not recognised the McMahon Line as the boundary, though it was decided in the presence of the Chinese representative at Shimla in 1914. China claims the entire NEFA (Arunachal Pradesh), calling it South Tibet on the basis of the religious affinity of the Tawang track with the Lhasa Monastery.

On the other hand, China claims the entire Aksai Chin apparently based on a British offer in 1899 to take over the region on their behalf, which the Chinese emperor apparently never accepted. In consequence, the offer was rescinded after ten odd years by the British. India, accordingly, inherited Aksai Chin as part of the state of Jammu and Kashmir on its merger on October 26, 1947.

Despite this factual position, the Chinese prime minister claimed it as the 1959 line in one of his communications with Jawaharlal Nehru. He even offered to swap NEFA with Aksai Chin which exposed the Chinese bluff on both the claims. China was actually interested in Aksai Chin for the security of their newly constructed strategic road linking Xingjian and Tibet. The Indian refusal to accept the Chinese claim prompted them to launch the 1962 war and capture a major part of Aksai Chin.

Consequent to the 1962 war, both the countries agreed to maintain peace and tranquillity across the Line of Actual Control (LAC). China lays claims to areas that lie beyond the LAC as perceived by India. China, in order to keep its claims alive, talks of a different LAC as per its perception, which it has not defined clearly — to date. It has been kept vague deliberately so as to manipulate the LAC to their advantage as per changing situations.

The complexities of dealing with China would increase in a hybrid war environment. The ongoing Russia-Ukraine war has showcased the inimical effects of conflict encompassing varied hybrid contents. Information and cyber warfare, alongside the use of the economy as a weapon, has brought about a paradigm shift in conventional war under the nuclear overhang.

China has attempted Salami Slices at a number of places at different times in a varied manner that includes the ongoing standoff in Eastern Ladakh. Each time they had to withdraw in the face of a firm and resolute Indian response. Galwan and Pangong Tso episodes were such attempts by China to change the status quo, which were defeated decisively, which, finally, compelled China to pull back. There are differing perceptions of LAC in certain other areas wherein the standoff continues, and negotiations are on by the military as well as political establishments.

Similarly, by not recognising the McMohan Line, China has kept the scope open to manipulate the boundary line to their advantage. The Nathu La episode of 1967, the Sumdorong Chu incursion from June 1986 to May 1987, and the 72-day Doklam standoff in 2017 are all part of the Chinese Salami Slice strategy to keep India perennially under pressure. China, in all these episodes, indulged in coercive political signalling and backed off only when they realised the seriousness of the Indian resolve that could eventually escalate into bigger skirmishes.

China is known to have salami-sliced the Rui village of Nepalese Gorkha District simply by shifting boundary pillars in June 2020. Besides this, China is also reported to have encroached on strategic areas amounting to 36 hectares at 11 places in four districts. Similarly, China has started claiming 740 sq km of the Sakteng Wild Life Sanctuary in Eastern Bhutan recently, as this area suits them from a military point of view. China is also contemplating establishing hundreds of villages all along the Indian, Nepalese and Bhutanese borders to bolster their territorial claims, especially close to Arunachal Pradesh. There is a fair chance that a few of them may be located violating the boundaries, amounting to Salami Slicing.

The pattern suggests that China intends to fine-tune their military posture by occupying vantage points that facilitate observation and domination of Indian approaches. Similarly, if there is a new infrastructure like a road, bridge or airfield coming up, the Chinese start increasing their activities in areas opposite to it. Looking at the area development on the Indian side, there will be more such assertions and potential areas for attempts in salami slicing.

The complexities of dealing with China would increase exponentially in a hybrid war environment. The ongoing Russia-Ukraine war has showcased the inimical effects of conflict encompassing varied hybrid contents. Information and cyber warfare, alongside the use of the economy as a weapon, has brought about a paradigm shift in conventional war under the nuclear overhang. High-tech weaponry with precision-guided munitions has enhanced the reach and lethality of firepower, making it difficult to evict the entrenched enemy.

All these vectors are bound to find space in future military posturing by China in its varied formats. It would certainly increase the ante to the next higher level, necessitating a relook at our organisations, weapons and equipment, structures, logistics and processes of war responses. China would continue to be fiercely ambitious, insecure, and unpredictable, with deep-set cultural hubris that would continue to reflect in its aggressive political conduct.

Hence, we need to be vigilant and technologically empower the armed forces to deal with the inimical contingencies. Certainly, the doctrine of salami slices is expected to continue as a tried and tested mechanism with a high and coercive hegemonic content in the Chinese playbook as a pan-global phenomenon.

This article first appeared in Hardnews