First visuals of the men who planted IED in front of the Israeli embassy accessed: The Probe exclusive - The Probe

First visuals of the men who planted IED in front of the Israeli embassy accessed: The Probe exclusive

The Probe has exclusively accessed footage of the men who carried out the IED blasts at APJ Abdul Kalam Road, near the Isreali Embassy. The two men in the footage can be seen planting the IED and escaping in an auto.

On 29 January this year, at about 5 pm an IED exploded near the Israeli embassy in New Delhi. The two men in the CCTV footage can be seen walking in APJ Abdul Kalam Road to plant the IED.

NIA sources have confirmed to The Probe that the two suspects who can be seen in masks and in jackets in the footage are the ones behind the IED explosion. In the CCTV footage, the men can be seen walking in APJ Abdul Kalam Road near Jindal House. The first suspect is seen limping and walking in APJ Abdul Kalam Road carrying a shoulder bag. Next to him, the second suspect is seen holding a file and walking towards the Israeli embassy. 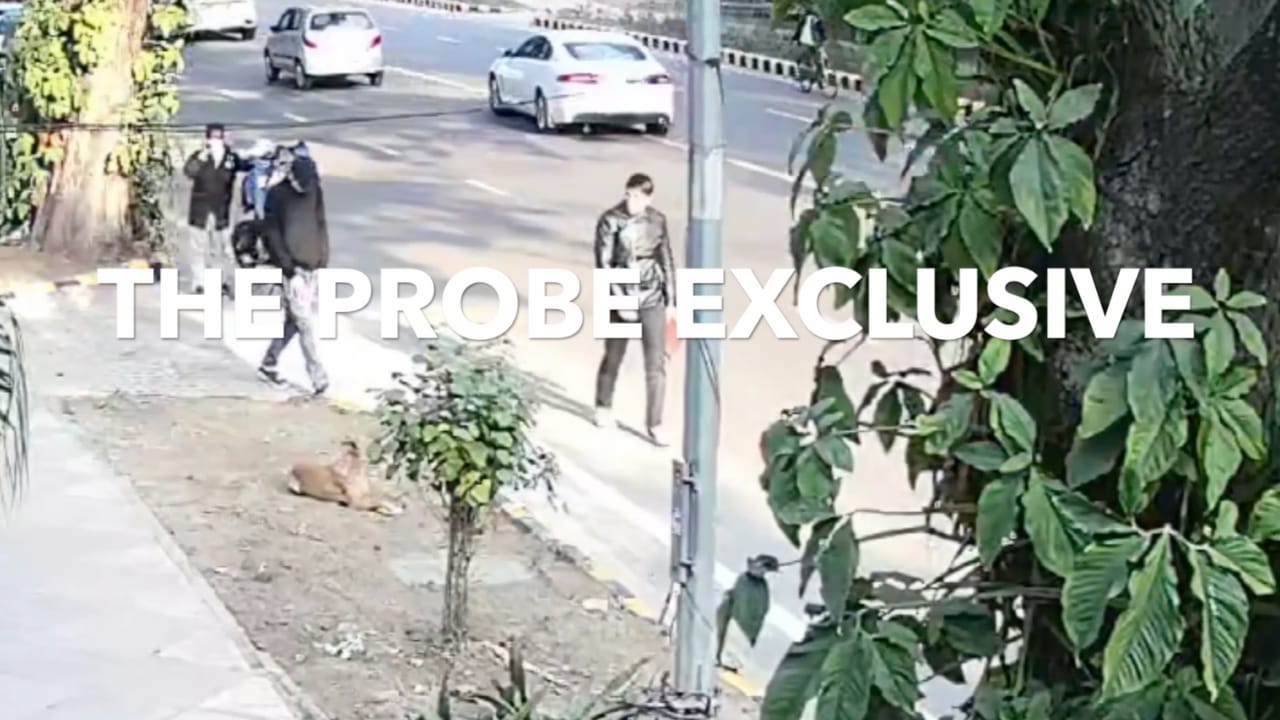 Sources have confirmed to The Probe that the men took an auto rickshaw from Jamia Nagar and reached Abdul Kalam Road. They placed the IED in front of the Israeli embassy and then took an auto rickshaw to Akbar Road. When they reached Akbar Road, their jackets were no longer there. Sources say that the men tried their best to cover their tracks. Moments after the men left Abdul Kalam Road, the IED exploded.

The IED explosion had shattered the windscreens of cars parked in the area. Following the explosion, Israel was quick to react and termed the blast as a terrorist incident. Since the last 6 months, the NIA has been trying to nab the suspects involved in the explosion.

NIA sources have confirmed to The Probe that the IED used by the suspects were directional and sophisticated. The motive for the explosion is yet to be ascertained by the NIA. The agency has announced a reward of 10 lakh rupees for any information on the 2 suspects that can lead to their arrests.

If you like this story and if you appreciate our Ad-Free Independent Journalism platform, show us your support by becoming our Member. Our Journalism can only sustain itself and survive if well-meaning people like you pay for news. Click here to become our Member.
TagsBomb Blast in DelhiIED BlastIsrael EmbassyIsrael Embassy AttackIsrael Palestine ConflictNational InvestigationNew DelhiNIA
Related articles More from author More from category
PrevNext