Guwahati under water: India’s gateway to South East Asia sinking at an alarming Rate - The Probe

Guwahati – the capital of Assam, the largest city in northeast India and the gateway to Southeast Asia – is sinking at an alarming rate with a beleaguered government unable to come to grips with the deteriorating situation. The artificial floods have been wreaking havoc in the state, affecting lakhs of people and submerging several low-lying neighbourhoods. According to estimates, at least 11 lakh people in 25 districts are believed to have been affected because of the floods.

Just when the state was recovering from the devastating effects of last month’s pre-monsoon rains, the latest turn of events have shaken up the lives of the people. At least four persons died in Guwahati alone due to landslides resulting from the incessant rains in the region over the past week. Anil Nagar, Nabin Nagar, Rajgarh Road, Rukminigaon, Hatigaon and Krishna Nagar are some of the most affected zones in the city that continue to reel under water.

A scene from the city’s Anil Nagar which is one of the worst affected zones | Photo courtesy: Special arrangement

Though the National Disaster Response Force (NDRF) and the State Disaster Response Force (SDRF) have been pressed into service, more people are getting affected by the minute as the incessant rainfalls have led to massive landslides, waterlogging of roads and power cuts. These artificial floods have become an annual occurrence in Assam, yet the government has not been able to find concrete solutions.

The water-level in the city was knee-deep at many zones which has further risen at some places over the past couple of days | Photo courtesy: Indrajit Das

Nabin Nagar, which lies in the heart of the city, has been experiencing the ordeal of floods for the past many years. “We hear renewed promises from politicians during every election, and the government seems to wake up only when the city gets flooded. Isn’t it surprising that Guwahati is also a ‘Smart City’?” said Tarun Das, who was compelled to shift from the locality with his family.

Das was lucky to have been accommodated by his relative, who has an apartment in the city’s VIP Road. But with the water level registering an increase, many residents of Nabin Nagar left their homes at night on Wednesday and came to the footpaths of Rajgarh. Many residents who were putting up in vulnerable areas in the surrounding hills had also relocated to safer locations. Students and working professionals from the neighbouring districts and states were faced with the most harrowing situation as most of them had nowhere to take shelter following the crisis.

An interplay of numerous factors causes the annual mayhem of flash floods in Guwahati. Most of these floods are caused by human interventions. Experts who have assessed the flood scenario in the northeast say climate change, encroachment of river banks and wetlands, excessive hill cutting, poor planning of drainage and sanitation systems, deforestation and ineffective urban planning are some of the reasons behind the worsening situation.

The road leading to the railway station in Guwahati was submerged following the downpour | Photo courtesy: Special arrangement

In Guwahati alone, several zones in the city which were earlier untouched by water were flooded this year. Rukminigaon and Wireless, which are within a distance of 2 kilometres from the secretariat, witnessed the deplorable conditions for the first-time, compelling residents to stay indoors and shopkeepers to shut their shops. While the authorities have been blaming the incessant rains for flooding, city dwellers in Guwahati claim that mismanagement and poor administration are a reason for the state’s woes year after year. 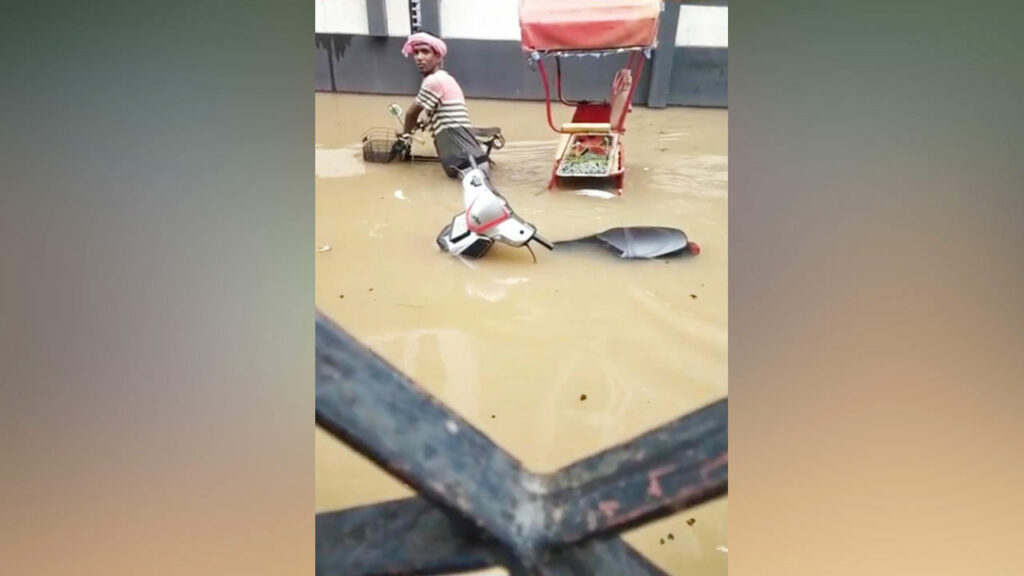 On 15 June, the government issued an advisory urging the residents of Guwahati and nearby areas not to venture out of their homes unless absolutely necessary. Schools, colleges and educational institutions have been instructed to suspend classes in the wake of a rainfall alert issued by the Regional Meteorological Centre (RMC). Most parts of Guwahati have come to a standstill because of waterlogging for the third consecutive day. The floods have ruptured normalcy in the city, and many residents continue to blame the civic authorities for turning a blind eye to the problem throughout the year and only waking up to provide relief when the annual floods strike, wreaking havoc.

A sight from a bylane of the city’s Rajgarh Road where the water-level was less than other areas | Photo courtesy: Sangeeta Das

In the absence of an adequate waste disposal mechanism, people dump solid waste into the river and rivulets flowing through the city, which has only aggravated the pollution problem plaguing the city. Illegal constructions and encroachments along the Bharalu river have blocked natural drainage in many areas. The river is cleaned every year, and anti-eviction drives are also carried out occasionally to clear the river and other water bodies in the city of encroachment. But this has clearly not been enough to put an end to the problem of floods in the city. As the rains begin, the dugout silt slips back into the water, worsening the situation.

The haphazard expansion of the city has led to massive encroachment in the wetlands and hills, reducing the forest cover. The wetlands can no longer retain the excess water accumulated after the downpour, and the drains are filled with mud flowing down the hills with the stormwater.

Landslide on the road between Pandu and Kamakhya Temple in Guwahati | Photo courtesy: Palash

Silsako Beel is among the many wetlands that have been encroached on over the past decade or so. Last month, after the city suffered from the first wave of floods, more than a hundred houses constructed illegally were razed to allow floodwaters to drain into the lake. The media quoted a minister as saying that the government was mulling fencing the area once the encroachment is removed.

A study on the drainage problem of Guwahati has revealed that the sediment yield from the surrounding hills is a major factor triggering floods in Guwahati. The researchers were of the view that emphasis would have to be given to controlling sediment and debris from entering the drainage system by traditional methods. Pumping in suitable locations is also required to increase the drainage network’s efficiency.

Last year, the Guwahati Municipal Corporation announced the induction of trucks called ‘Super Sucker’ to tackle drainage in the city. Each truck has a storage capacity of 10,000 litres and would be equipped with a machine unit and two containers to store the drain silt after collection, which would be transferred to the garbage station. It is a substitute for the traditional method of silt collection by manual workers.

Further, to mitigate the artificial flood in Guwahati, the government has launched the “Mission Flood Free Guwahati”, that envisages a holistic approach to tackle the crisis through coordination among four departments. The mission is mandated to desilt the rivers and rivulets flowing through the city; maintenance of the existing feeder drains through cleaning; garbage removal and eviction of blockages; construction of new drains; laying of roads with side drains and culverts to ensure a smooth flow till the natural drainage channels; and enforcement of rainwater structures in newly constructed buildings as per the building bye-laws.

Though these initiatives are a step in the right direction, many flood-affected victims say these government initiatives are too little, too late and unless the government strives with a concrete action plan throughout the year, the grim situation will continue year after year. 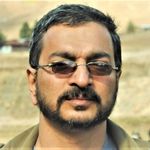