Unfortunately, the rise of ethnonationalism is almost always accompanied by majoritarianism, discrimination of minority groups, authoritarianism and violent extremism. And in this, India is no exception.
by Insiyah Vahanvaty
ColumnsStories
Home » Columns » Hindi, Hindu, Hindutva – Ethnonationalism in India
READ

The theory of ethnonationalism is understood as a political imagination of nationality which is based upon cultural supremacy, thereby necessitating the exclusion of other groups. This form of politics is by no means new; we have witnessed it across time and geography in the form of antisemitic Nazi Germany, racism in the global north, and white supremacy in modern-day America.

Unfortunately, the rise of ethnonationalism is almost always accompanied by majoritarianism, discrimination of minority groups, authoritarianism and violent extremism. And in this, India is no exception.

In India, this movement has taken the form of Hindu nationalism, or Hindutva, as it is commonly known – a political ideology endorsed by the current right-wing government, which has close ties to the Rashtriya Swayamsevak Sangh (RSS), whose ultimate goal of forming a Hindu Rashtra is no secret.

This agenda has manifested in several ways, from changing school history curricula to eliminating portions pertaining to the Mughal rule in India, to renaming cities and streets with Islamic names and providing tacit immunity to vigilante groups that call for violence against minorities. Such systematic rewriting of history and infliction of violence has a devastating effect on communities that are victimised – it aims to repress, create psychological feelings of inferiority and the acceptance of a subordinate position – thus spurring the agenda of a Hindu Rashtra at the expense of a secular state.

As explained by Professor Mohsin Raza Khan of O.P. Jindal Global University, a Hindu Rashtra’s political agenda includes reducing Muslims to third-class citizens in a country where being a religious minority had already rendered them second-class citizens. “It means Muslims would have to accept being neither seen nor heard, living as an invisible minority under conditions where political, public and religious spaces are exclusively Hindu with constant hate and violence being directed towards them.”

With the recent events related to the offensive Islamophobic comments aimed at insulting the Prophet Mohammed made by BJP official spokespersons Nupur Sharma and Naveen Jindal having dragged India into the international eye of the storm, the spotlight has turned to the growing culture of majoritarianism and ethnonationalism in the world’s largest democracy. While the spokespersons might have been suspended and dismissed as “fringe elements” to calm the waters and smooth ruffled feathers of the 17 Islamic nations that took umbrage to the insult, it is relevant to note that party action was taken only after international outrage over the insulting comments became impossible to contain diplomatically and threats of economic sanctions became louder. Similar action was not found to be necessary in the case of the speakers at the controversial conference in Haridwar held in December 2021, in which hate speech included shocking calls for genocide of Indian Muslims, most of which have gone unpunished.

Following the domestic and international outrage resulting from Nupur Sharma’s remarks, the country saw spontaneous and sporadic protests which erupted in several pockets of India, only to be brutally squashed, resulting in the death of two young Muslim men in Jharkhand. Further, Muslim activists and protestors found their homes and private properties suddenly being declared ‘illegal’ and demolished almost overnight in what has been criticised as retaliatory acts wherein Muslims claimed they were being punished for raising their voices and protesting against the insulting remarks.

A few weeks ago, a similar destruction drive, positioned as an anti-encroachment drive, was carried out in Delhi’s Jahangirpuri, targeting Muslim homes, shops and a local mosque. That some of the demolished homes were actually legal constructions replete with necessary government paperwork and tax-paid receipts became inconsequential.

“Patriotism is when love of your own people comes first; nationalism, when hate for people other than your own comes first.”
Charles de Gaulle

As many have noted, the unlawful bulldozing of homes, shops, and religious structures targeting one community in particular also constitutes a bulldozing of the constitution, democratic rights and due process. On the other hand, the recent vandalism by angry youths who burnt trains and destroyed other state property during protests against the new government scheme of Agnipath have, predictably, faced no similar consequences, suggesting different standards of justice for different communities.

What makes this nature of hate politics deeply concerning is the deafening silence of the larger Indian community, among whom either implicit approval or fear of being painted as anti-Hindu doesn’t allow for opposition against these harmful and divisive politics. As articulated by veteran journalist and author Paranjoy Guha Thakurta, “Many Hindus of our country are getting influenced by the extreme Hindutva ideology, so much so that mandir-masjid debates matter more than unemployment and inflation, which are at record highs.”

The constant fanning of the communal flame is also politically and electorally useful as it diverts attention from governance failures. With gigantic governance errors like the mishandling of the pandemic, economic missteps and the failure to create employment, each possessing the potential for civic unrest, the smokescreen of communal politics helps keep public attention diverted and also helps win elections – benefits of no small significance.

“Nationalism is an infantile thing. It is the measles of mankind.”
Albert Einstein

The ethnonationalist political ideology has, arguably, permeated and has manifested in the various decisions taken by the BJP-ruled states and the Central government. It has crept into our children’s school textbooks and threatened to overturn our monuments, question our places of worship, and imperil our social fabric.

This dangerous concept of ethnic nationalism has manifested in the Gyanvapi mosque legal debate wherein the contention, much like in the Babri case, is that the mosque was originally built over a temple many centuries ago. Motivated claimants attempting to seize and convert Islamic religious structures under the garb of ‘healing past injustices’ operate with the intention of yet again displacing and disorienting the way local Muslim populations live and worship. They also serve the purpose of removing all vestiges of Islamic/Mughal history and symbolism, creating a cultural void for the Indian Muslim community.

Encouraged by the Babri mosque judgement, there are now a multitude of similar cases being filed across India by organised groups claiming a number of religious structures with the expectation of a similarly favourable judgement – despite the Places of Worship Act that constitutionally protects all religious structures as they were at the time of Independence.

If history has taught us anything, it is that the endeavour of ethnonationalism nearly always ends badly, with large scale bloodshed and international disgrace, leaving the common man to put back together pieces from the wreckage. And history has never broken from itself. 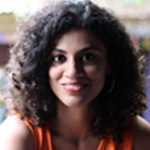 Insiyah Vahanvaty is a senior journalist, columnist and podcaster. She writes on human rights, hate politics, democracy and foreign affairs. She is currently a scholar at King’s College London.