“India must state clearly reincarnation of Dalai Lama is his prerogative, should be decided as per his wishes” - The Probe

✕
Copyright © 2022 Fourth Estate Newscorp Pvt Ltd. All rights reserved.
Monday, May 23
Home›Columns›“India must state clearly reincarnation of Dalai Lama is his prerogative, should be decided as per his wishes”

“India must state clearly reincarnation of Dalai Lama is his prerogative, should be decided as per his wishes”

Amitabh Mathur is one of India’s foremost experts on Tibetan affairs. He explains in this exclusive interview to Sanjay Kapoor, what he expects from the newly elected leadership of the exile community and also on how India should deal with China that wants to intervene on the issue of reincarnation of Dalai Lama
by Sanjay Kapoor
Columns
READ

Just a few weeks ago when the capital of the Tibetan government in exile, McLeodganj, Dharamsala, was strictly adhering to Covid-19 appropriate behavior and discouraging outsiders from visiting its offices and His Holiness Dalai Lama was still in isolation, there was a lot of chatter on not just about the elections to their parliament, but also about the future of the exile community. 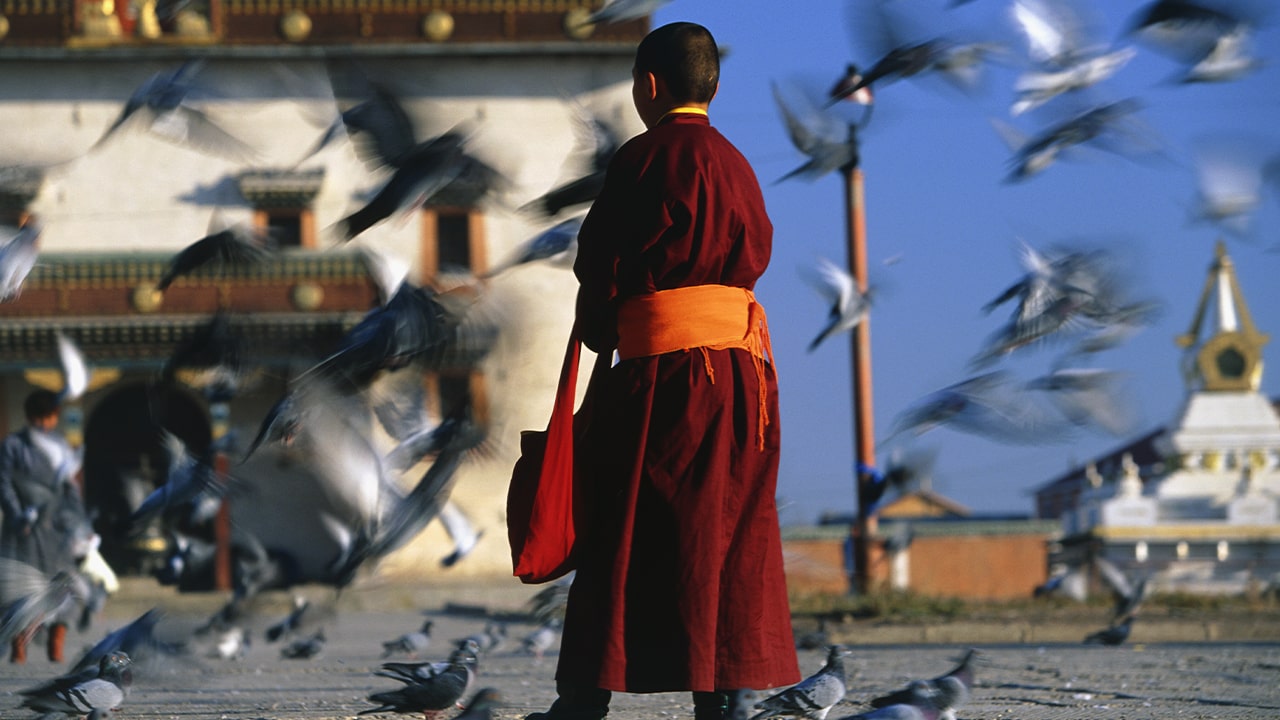 Their concerns were amplified by the lull that had set in after the furious excitement of the violent stand-off between Indian and Chinese troops in which Tibetan soldiers also took part and US Congress’s resolution that wanted the successor of Dalai Lama to be chosen by his people (Tibetans) without any interference from China. The exile community believed that the new leadership would give meaning to some of their existential concerns.

Now the new leadership is in its place. A new President Penpa Tsering to the Central Tibetan Administration (CTA) has been elected and will be sworn in on May 27.

In its search for answers to questions about the future of the exile community under the new leadership and other troubling concerns heard at McLeodganj, I spoke with India’s foremost expert on Tibetan affairs, Amitabh Mathur.

Appointed as advisor on Tibetan Affairs to the Ministry of Home Affairs (MHA) after his retirement as Director Aviation Research Centre and Special Secretary in the Cabinet Secretariat, Mathur believes that the election of Penpa Tsering has taken place at an important juncture for both, the Tibetan community as well as the Indian government. Meanwhile, China is adamant on deciding on the successor of His Holiness Dalai Lama.

Excerpts of the interview: 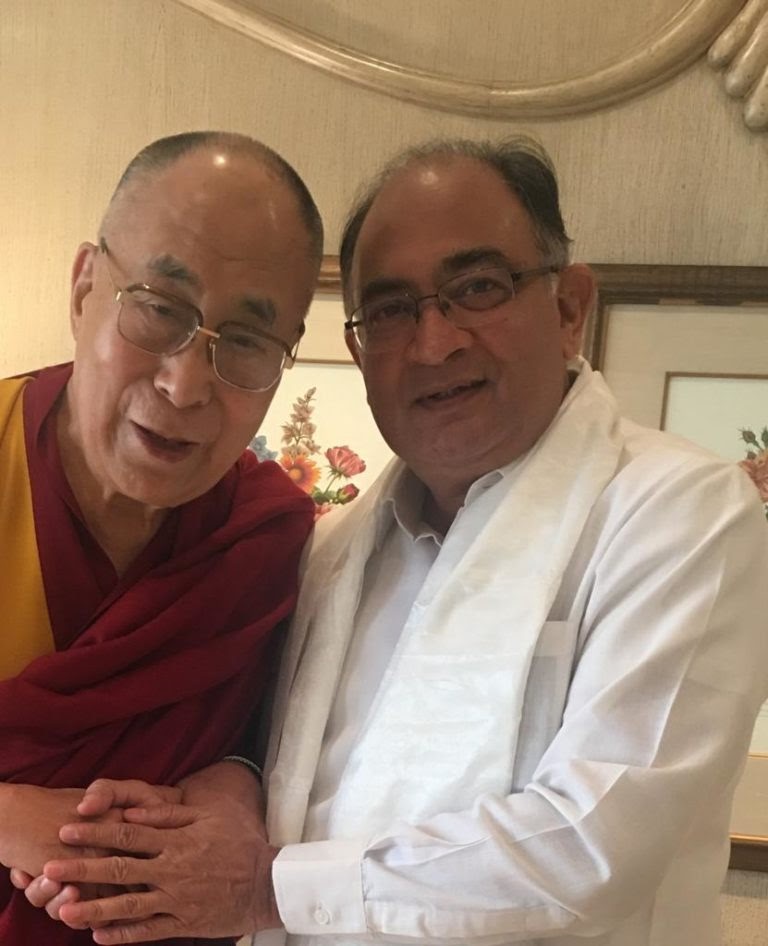 On the election of Penpa Tsering

The election of Penpa Tsering as the Sikyong or the President of the Dharamsala based Tibetan government in exile or CTA has taken place at an important time. His Holiness Dalai Lama is 86-years-old and shall be 91 when Sikyong’s term ends in 2026. For reasons of the raging pandemic and his advancing age, His Holiness will not be able to actively and personally engage with the world leaders. This responsibility will have to be discharged by Penpa Tsering more than any other Sikyong in the past.

The international situation regarding China has changed quite dramatically. For a number of reasons, countries, which were hesitant to upset China, have now begun to put pressure on it. Important is the renewal of interest in the US of the Tibetan struggle which saw the updating and passing of the Tibet Policy and Support Act 2020, which mandates sanction of Chinese officials if they interfere in the process of the Dalai Lama’s reincarnation.

Tsering has certain advantages. Unlike Lobsang Sangay who came from the US, Tsering has had vast experience in the Tibetan Parliament. He enjoys the confidence of His Holiness’s private office and is no stranger to the Indian establishment. His stint in the US has given him international exposure and he has built relationships in Washington.

On the challenges faced by Penpa Tsering

Having said this, Tsering would also face huge challenges and many of them are internal. He has to deal with a divided Tibetan exile community, which could weaken India’s ability to help the Tibetan cause. So, before he embarks on achieving his goals, his priority should be to put his house in order and select a team for its competence and nothing else. At the same time, those who opposed him must reconcile to his victory and – putting their differences and disappointments behind them – give Penpa Tsering unstinted support, who in my reckoning is a fine choice.

Tsering must also engage with those who question the middle way approach and are seeking independence. Another challenge for him is the dwindling number of the exile community in India. About 75000 are in India and about 65000 are mostly in the US, Canada, Europe and the rest of the world.

Most of the Tibetans who have left India are young, who have had to look for fresh pastures due to dwindling opportunities in India. The new administration has to ascertain why the young are leaving India and how to make the settlements viable. We must remember that if the young go away to the West then the advocacy for the cause also moves away from India, which loses leverage over the Tibetan movement. Though it must be said that it was this advocacy in the US that played a part in getting the Tibet Support Act passed. Also, Tsering would do well to liaise more closely with Tibetan civil society organizations, which have a grassroots outreach.

Another challenge is to get New Delhi to give more visible importance to the Central Tibetan Authority. Also, India needs to state clearly that the reincarnation of His Holiness Dalai Lama is his prerogative alone and would be decided according to his wishes.

Tibetan struggle is a civilizational one. When people move out then there is a shift in their concerns and their value systems. There is a need for the new administration to create circumstances that allow the young to visit India once a year to remain connected with the old generation and their culture.

Once Tsering accomplishes all these objectives he should work towards reviving the dialogue process with China, which he claims is his primary objective and secondly, he should negotiate the issue of the reincarnation of Dalai Lama.

On the role of Religious leadership and Karmapa Lama

The religious leadership does have a considerable influence over the Tibetans inside and outside their country. The community is completely loyal to the Dalai Lama, which came to the fore in the meeting of religious leaders held last year in Dharamsala. The meeting reiterated their commitment to His Holiness and resolved that his reincarnation is solely his business. I’m sure Penpa Tsering will build on this by closer engagement with the lineage holders and monastic heads. I hope he will be able to pave the way for the return of the Karmapa to India.

The institution of Karmapa is very important to the Tibetans. The practice of reincarnation began with this lineage. The current Karmapa Ogyen Trinley Dorje was born in Tibet and enthroned there with the blessings of His Holiness which he continues to enjoy. He is very popular, loyal to the Dalai Lama and committed to the CTA. In fact, in what is seen as an endorsement to the democratically elected political leadership, he appealed to all Tibetans to participate in the recent elections to the Parliament in exile.

Whenever the relationship with China seems going in the right direction – India sidesteps all issues including that of the exile community.

When things are bad as they are now between the two countries, the government should engage with the Dalai Lama and come out with a bold statement in favour of his reincarnation.

I believe that at the time of the face-off between India and China at Galwan valley, there was unnecessary excitement and over-interpretation in Tibetan community. They thought they would liberate Tibet, which is totally misplaced.

If you like this story and if you appreciate our Ad-Free Independent Journalism platform, show us your support by becoming our Member. Our Journalism can only sustain itself and survive if well-meaning people like you pay for news. Click here to become our Member.
TagsAmitabh MathurDalai LamaIndo-Tibet relationsPenpa TseringSanjay KapoorTibetan affairs
Related articles More from author More from category
PrevNext