Jallianwala Bagh revamp: chorus for protests rise for obliterating history and turning a memorial into an amusement park - The Probe

Jallianwala Bagh revamp: chorus for protests rise for obliterating history and turning a memorial into an amusement park 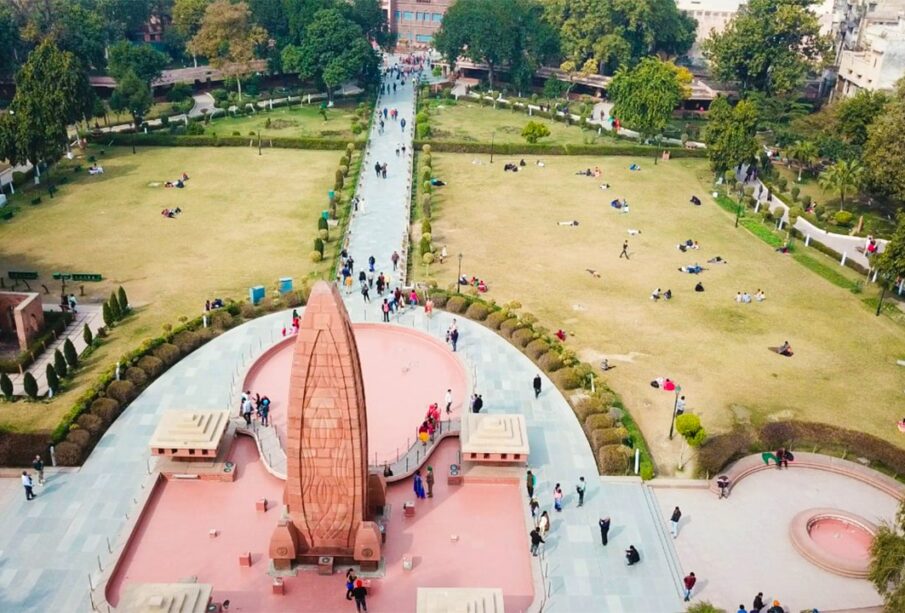 The kin of martyrs of Jallianwala Bagh, historians, social, political, cultural and farmers organisations across Punjab are demanding the restoration of the national memorial to its original appearance. They claim that history has been distorted in the name of renovation, martyrs have been insulted and the complex that was once seen as a place for remembering the martyrs has today been turned into a spectacle for amusement. 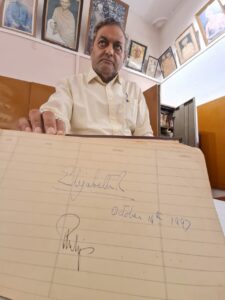 There are also concerns being expressed about preserving as many as six volumes of the visitors’ comment books having short notes of dignitaries, state heads and other VIPs who had once visited the complex. The site had – until so far – partially preserved these books that had notes penned by dignitaries from across the world on the national memorial.

The six volumes of visitors’ book – currently stacked in almirahs – have opinions and notes jotted by Subhash Chandar Bose, Queen Elizabeth II, Prime Ministers of various countries including PM Modi. While the entire complex has been renovated, not much has been done to save these records by way of digitising the whole volumes and preserving the originals.

Calling for the need to preserve these records, S K Mukherjee, Member Secretary of Jallianwala Bagh Memorial Trust said, “these books contain statements, opinions and remarks of various freedom fighters, presidents, prime ministers, world leaders and other dignitaries”. Mukherjee has been serving in the complex for the past 28 years. The complex was closed for over one and a half years for renovation. The Modi government has drawn a lot of flak for carrying out the renovation mindlessly by distorting history. 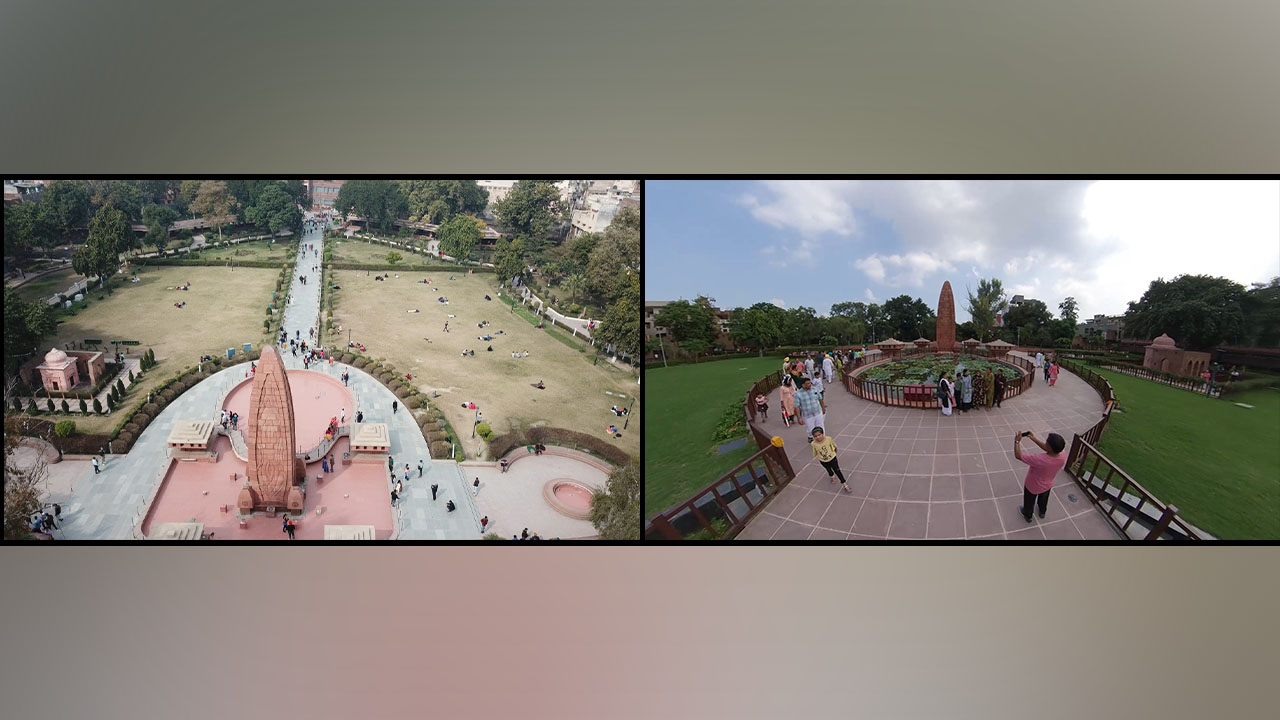 The narrow lane through which General Dyer entered the park and shot dead many Indians has been one of the darkest chapters of our freedom struggle. Those walls have been today embellished with murals and sculptures of people. The covering of the ‘nanakshahi’ bricks with cement coating and the permanent closure of doors and windows have been disliked by many who are of the view that the originality of the entrance to the Jallianwala Bagh has been compromised.

Similarly, a new structure has been constructed on the martyrs well by demolishing the old one. Earlier, the tourists used to enter and exit the complex using the same narrow alleyway but today a separate dedicated passage lane is being used as an exit passage, which many believe is distasteful as the British troops led by General Dyer had blocked the one and only entry-exit point and gunned down the protesters.

It is argued that the separate exit lane was necessitated due to the immense tourist rush and the murals were constructed to depict how men, women, and children had entered Jallianwala Bagh. 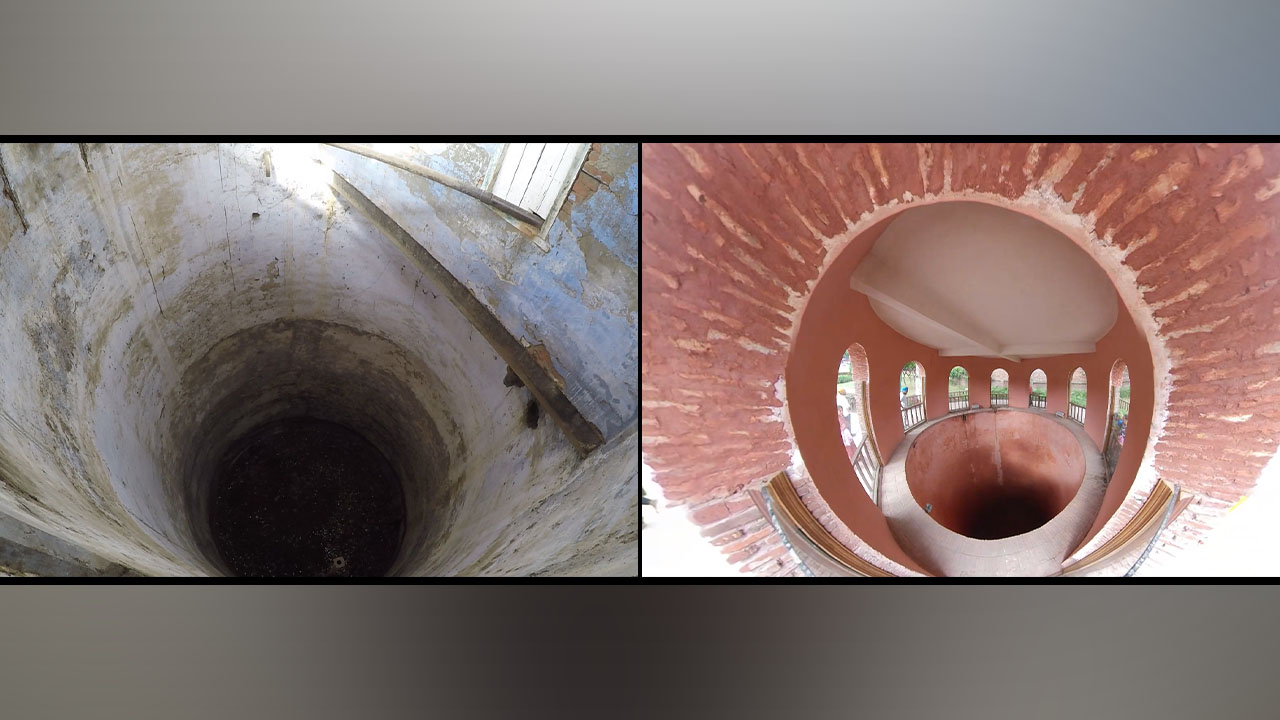 The kin of the families of the 1919 martyrs have been protesting the renovation and had recently led a candlelight march demanding the restoration of the Jallianwala Bagh complex to its original character. Historians, conservators and protestors have been demanding the restoration of the old structure of the martyrs well and doing away with the murals besides blocking of the new exit lane.

An emblematic pyramid structure that reminded people of the exact point from where General Dyer had opened fire has been removed. Many visitors say that the originality of the place – that brought a poignant feel of history – today, looks like a mere amusement park. What is to be noted is a whopping 20 crores of public money has been spent for this distortive exercise. 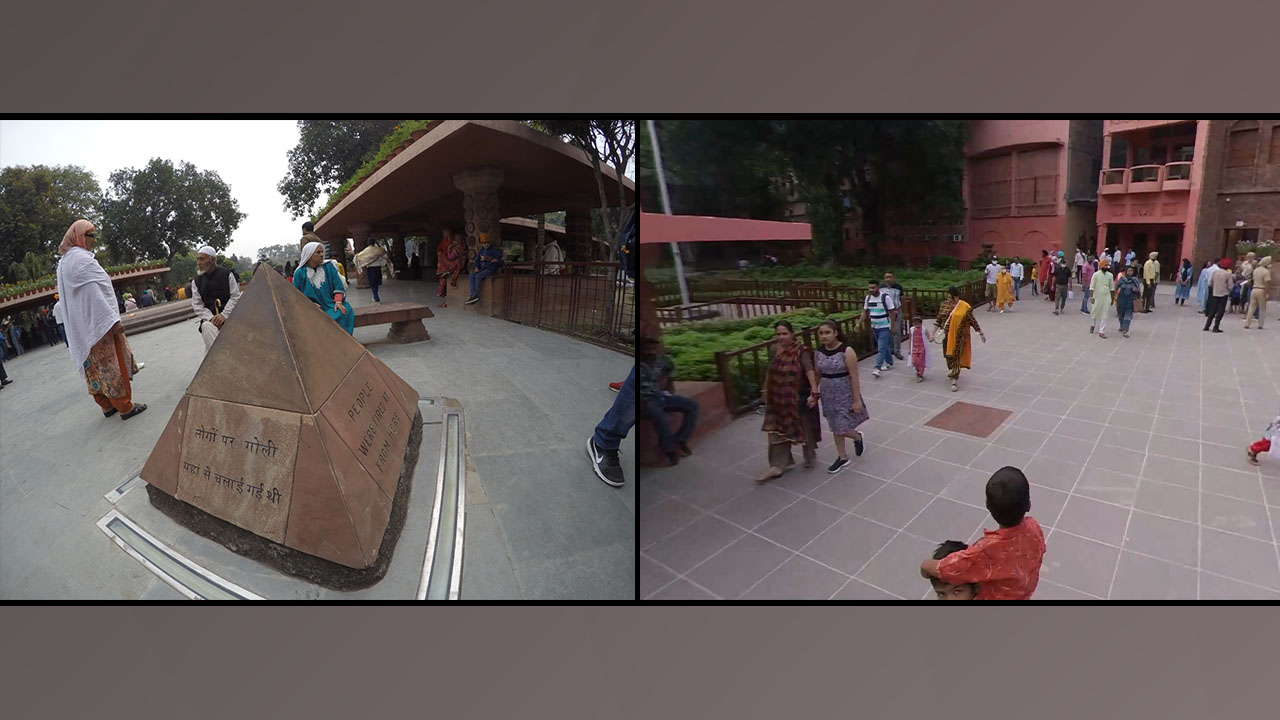 Senior BJP leader Laxmi Kanta Chawla has demanded an investigation into the 20 crore development work carried out at Jallianwala Bagh and has questioned why the heritage of the national monument was compromised in the name of beautification. Chawla, a former Punjab cabinet minister, visited the complex and expressed her resentment over the renovation and the reason for keeping the Jallianwala Bagh complex closed for nearly one and half years.

“First of all an investigation should be held into the 20 crore development programme of Jallianwala Bagh complex and on why the structure of martyrs well, looks of the original alleyway and many other areas have been changed. Why did they change the placement of the ‘Amar Jyoti’. We want to know,” she said.

Chawla also said that the new structure erected around the well made the martyrs well look like a box. She claimed that the removal of pictures of freedom fighters like Chaudhary Bugga and Rattan Chand was nothing less than a ‘national crime’. Chawla has written to Prime Minister Narendra Modi asking why the members of the Jallianwala Bagh National Trust didn’t visit the place regularly during its renovation. “I think one or two members whimsically ordered the development work” she stated. 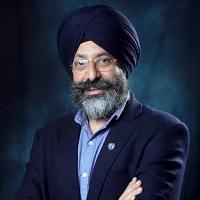 Ravinder Singh Robin is an independent journalist who contributes to BBC World Services, SBS News (Australia) and Zee tv networks. With over 20 years of experience in journalism, he has extensively covered issues related to national and international affairs, global Sikh community and terrorism.