Jammu and Kashmir: August 5 Decision Underscores the Fragility of Our Institutions - The Probe

Jammu and Kashmir: August 5 Decision Underscores the Fragility of Our Institutions

There is so much more that has happened after the State of Jammu and Kashmir was stripped of its semi-autonomy and rudely bifurcated into two union territories to diminish the political strength of the Kashmir valley.
by Sanjay Kapoor
Columns 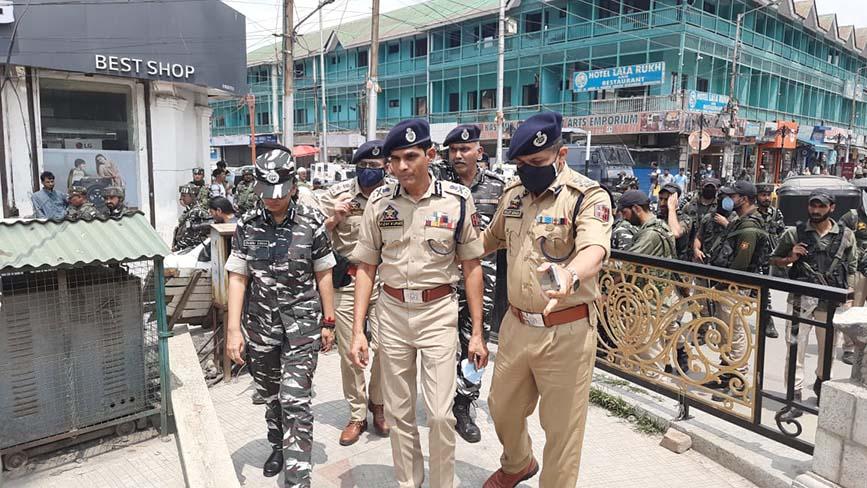 The security footprint in Kashmir remains as evident and imposing as it was before August 5, 2019 | Pic courtesy: Kashmir Newsline

Three years ago, on August 5 2019, the Bharatiya Janata Party (BJP) government, much to the shock and chagrin of the Kashmiris and many others, abrogated articles 370 and 35-A of the Indian constitution and ended the special status of the State of Jammu & Kashmir and symbolically merged it with the rest of the country. To be fair to the ruling party, the annulment of the Articles had figured frequently in BJP’s poll manifestoes over the last many years. A past president and founder of the party’s precursor, Jana Sangh, Syama Prasad Mukherjee, had died in detention in Kashmir while demanding the state’s integration with the rest of the country way back in 1953.

After the BJP got re-elected in 2019, it was apparent that the Modi government would rush through electoral promises that would help embellish the credentials of the BJP as a party that gave primacy to the interests of the majority Hindu community. It started off with reading down the two constitutional articles that guaranteed J&K a special status. A year later, on the same date, i.e. August 5, the BJP government fulfilled another promise: it began the construction of the Ram Temple.

The government claims great success in Kashmir in view of the August 5 decision. It claims that the incidents of violence have come down by 88 per cent since the decision was taken and that there has been a jump in the number of tourists showing up in the valley. In other words, the state’s economy is booming, and life has returned to normal. But these lofty claims merit a query. If what the BJP claims is indeed true, why did the Kashmiri Pandits begin to flee the valley? What about reports of militancy becoming totally indigenous?

There is so much more that has happened after the State of Jammu and Kashmir was stripped of its semi-autonomy and rudely bifurcated into two union territories to diminish the political strength of the Kashmir valley. By any measure, the decision to revoke the special status of Kashmir was courageous but also based on some tacit assurances that have revealed themselves over the last three years.

Before this decision was taken, the US had been informed about it, and it supported India when an angry China had taken the matter to the Security Council. It is a different matter altogether that China saw the merger of Kashmir as a threat to its occupation of Aksai Chin and its restive contiguous region of Xinjiang. Although Indian foreign minister S Jaishankar tried to put the Chinese concerns to rest, Beijing amassed its troops and heavy weapons in the Ladakh region. The bloody face-off in the Galwan valley in June 2020, which saw 20 Indian soldiers dead with casualties on the Chinese side as well, shows that the two countries have been on the razor’s edge ever since Kashmir’s status was changed.

Pakistan, which has claimed a stake in the Kashmir issue and has worked hard to internationalise it, has been mired in its own political and economic problems. Peace at the border, backed by a commitment to enforce a ceasefire agreement, has allowed India the necessary breathing space in trying to normalise the Kashmir issue after the revocation of its special status.

More than a peaceful border, it’s the refusal of the Supreme Court to intervene on this issue that has helped the BJP government’s Kashmir enterprise. SC, whose primary responsibility is to protect the constitution, never took up the abrogation of Articles 370 and 35-A. Worse, it looked the other way when hundreds of habeas corpus petitions were filed in the court, demanding that those who had been arrested and incarcerated in a preemptive crackdown be promptly presented by the authorities.

By choosing not to intervene in an issue of international import and to burnish its credibility as an independent court of last resort, the Supreme Court hurt its reputation. Three Chief Justices of SC have come and gone, but they have never taken up the issue. This incident alone shows the manifest inadequacies of the higher judiciary and how it has fallen short in forcefully asserting its independence when it is compared with the higher judiciary in the US, the UK, Brazil and even Pakistan. In the US, the courts at different levels refused to succumb to the pressure of the desperate and boorish ex-President Donald Trump. Even his appointee judge opposed his move to question the outcome of the presidential poll. In Brazil, the judges looked the aggressive President Jair Bolsanaro in the eye and set his opponent and former President Lula free. In Pakistan, too, the courts have given ample evidence of their independence. It’s only in India that they are mindful of the demands from the executive.

Recent judgments on the PMLA Act and the Zakia Jafri case show that the higher judiciary may have emasculated itself by first suggesting action against a persevering petitioner in the Gujarat riot case, Teesta Setalvad, and later taking away its own power to provide relief from arrest in money laundering cases where evidence was inadequate. Perhaps, the court would have acted differently on the above cases had it fulfilled its constitutional responsibility in countenancing the complex issue of the revocation by the government of Kashmir’s special status.

Since then, scores of young Kashmiris have been behind bars, including journalists. The editor of an online journal Kashmir Wallah has been in jail for a long time. No one really knows the exact nature of his crime except his gall to ask questions from an administration that’s not used to it. There are many others, like journalist Anuradha Bhasin who suffered at the hands of the government. Similarly, the Srinagar Press Club, which provided space for journalists to file their stories in the most difficult of times, was shut down.

Besides the diminution of the judiciary and media, what we saw was the methodical devaluation of political parties. It began with the arrests of scores of politicians and tarring the image of the existing Kashmiri leadership of three-time chief minister Farooq Abdullah, his son Umar Abdullah, also a former chief minister and Mehmooba Mufti, who led the PDP-BJP coalition as the chief minister of the state. Using the agencies on charges of terror funding and money laundering, many of these politicians have been kept on the back foot.

Questions have been asked as to what these politicians are doing and why they don’t agitate against the government. The truth is that the enforcement agencies and security forces have hollowed out many of these parties. NC, PDP and Congress are all at a loose end. What can they do under such circumstances? Their faith in Articles 370 and 35-A to protect their interests has not paid off. Despite forming the PAGD – People’s Alliance for Gupkar Declaration – to work together, they have been progressively marginalised. The main reason being the vicious media campaign emanating from the centre that the alliance members are anti-national. These leaders are hopeful that circumstances will change due to global pressure, and New Delhi will be compelled to restore the erstwhile state’s original status. By the look of it, it does not seem to be happening.

The manner in which J&K’s status was changed clearly showed that the fabled valley, due to recurring violence and the rhetoric of its leaders and constant meddling by Pakistan, had got unhinged from the rest of the country. It was not seen as an issue of persecution of a state. There was no one really to cry for Kashmir when the government decided to use the knife and split it into two union territories while reading down the two Articles of the Constitution of India that guaranteed its accession with the State of India. On the contrary, there was jubilation in the majority community – unmindful as it was that the decision had exposed our institutional fragility.

(This story was first published in Kashmir Newsline)