Kerala’s Covid surge: Is the corona conundrum in ‘God’s Own Country’ a man-made disaster? - The Probe

Kerala’s Covid surge: Is the corona conundrum in ‘God’s Own Country’ a man-made disaster? 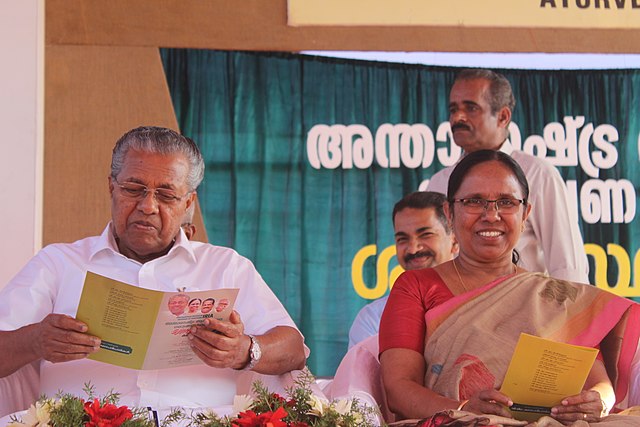 There is a popular parable of ‘blind men and elephant’ in the Buddhist, Jain and Hindu texts in India. It serves as a metaphor to understand the limitations of people’s perceptions of things they do not fully comprehend. The brouhaha surrounding the surging Covid-19 numbers in Kerala and how people have been interpreting it to their ends would correspond to the story of these blind men and their concept of an elephant.

The usual suspects have attempted to give a communal twist to the spike in numbers even as there has been a pushback against it. However, the elephant in the room, if one might stretch the analogy further, has been missed: what is causing the spike and what has Kerala done wrong exactly?

As of the last week of July, Kerala is contributing to 50% of the total Covid-19 cases being reported in India. Virologists and epidemiologists have already pointed out how the fourth sero-survey conducted by the Indian Council of Medical Research (ICMR) figures show how only 44% of people in Kerala have developed antibodies against the SARS-CoV-2 virus against the national average of 67% and why this makes the people of Kerala more susceptible to infections, especially from more infectious variants like Delta.

However, there is more to Kerala’s surge in infections. One major reason contributing to the spiking numbers is the increased number of testing since the onset of the second wave. During the first wave, Kerala’s testing figures hovered anywhere between 30,000 and 60,000. According to public health expert Dr S S Lal, who also unsuccessfully contested on a Congress ticket in the Assembly elections held in April, the Pinarayi Vijayan-led Left Democratic Front (LDF) government deliberately kept the testing low to keep Covid numbers in check.

Questions have also been raised at Kerala’s Covid death figures. According to Dr. NM Arun, an internal medicine expert who keenly follows data collected at various levels, Covid deaths in the state are estimated to be three times the official figures. That Kerala is undercounting deaths became official when the Leader of Opposition V D Satheesan exposed a discrepancy in the government’s official Covid figures which he secured through an RTI. Kerala’s new Health Minister Veena George, the TV-anchor-turned-politician, has been dodging questions on the discrepancy in official figures ever since.

The opacity and over-centralisation of Kerala’s Covid data was flagged by the Indian Medical Association (IMA), which has a large number of government medical practitioners associated with it. Dr. Sulphi Noohu, the President-elect of IMA Kerala, reckons that the government ought to release the data to health experts to manage the pandemic better.

Another government medical practitioner, who did not want to be identified, noted that the ‘expert committee’ constituted by the government has been taken for a ride by the bureaucrats headed by State Health Secretary Dr. Rajan Khobragade. According to him, they realised things were such a mess only when someone like Dr. B Eqbal – fellow-traveller of the Marxist party and himself a member of the expert panel – expressed his helplessness in private. So, it would seem that experts do not have much say in drafting policies regardless of where they stand on the ideological spectrum.

This is definitely a cause for concern as the Covid situation is dynamic and calls for dynamic responses. Even Dr. Arun concurs with fellow doctors on the need for more transparency of data. According to him, if complete data was made available for public scrutiny, it would have resulted in better responses. Also, he argues that the dearth of peer-reviewed papers and research even from Trivandrum Medical College, with its illustrious history, is evidence of the government’s unwillingness to part with timely data.

It is not as if things were all rosy on this front under KK Shailaja, the former health minister who shot to international fame during the first wave for efficient contact tracing and isolation of Covid patients. In fact, doctors across the board contend that data fudging and undercounting was much worse in Shailaja’s tenure, as the RTI reply and results of increased testing prove. “Shailaja Teacher had become a prisoner of her own image. After the international media made a ‘rockstar’ out of her, the dressing up of numbers became a priority,” as a specialist doctor in Kochi’s top private hospital put it. “Shailaja Teacher is an apparatchik unlike Veena George, who is still learning the ropes,” added Dr Lal.

Increased testing aside, the unscientific way in which lockdown restrictions have been eased in Kerala post June 16 is probably proving to be the biggest liability for the government. It is true that Kerala managed to flatten the curve through the first wave and delayed the onset of the second wave. However, the assembly election held on April 6 and the hectic campaigning preceding the election in March contributed heavily to the second wave in the state. While Test Positivity Rate (TPR) figures saw a gradual increase from the second week of April, things became much worse around May 2, when the results were declared. The state underwent its second spell of lockdown from May 8 to July 16, with TPR plateauing at 10-12% from the second week of June after hitting a peak of 30% on May 12.

Post June 16, in its bid to contain the TPR under 10%, Kerala began to experiment with a strange policy which involved shops and establishments being divided into different categories and given specific days and time-periods to remain open. Despite infection figures refusing to dip, the government continued with this nonsensical approach even as a host of experts gave a thumbs-down to the common sense-defying strategy. The more experts raised doubts about the efficacy of the approach, the administration under Pinarayi Vijayan balked at them. Things came to a head in the days approaching Eid al-Adha as traders and shopkeepers with mounting losses upped the ante for easing off restrictions. And the government, in an utterly tactless move, eased restrictions for 3 days ahead of the festival, thus provoking allegations of ‘appeasement’ from communal elements. It was in many ways reminiscent of Vijayan’s lack of tact following the Sabarimala judgement which had an ugly fallout. According to Dr Arun, this was an error of judgement on the part of the government resulting in needless controversy.

Worse, by failing to balance life and livelihood in maintaining restrictions in the state from May 8, the Kerala government might have inadvertently facilitated the onset of a third wave overlap with the second wave in the state. There have been news reports of several people committing suicide in the state during this period on account of distress. This is an outcome of poor policy-making.

A prominent Kochi-based private medical practitioner stated, “Pinarayi Vijayan’s attitude is similar to that of George W Bush. You are either with him or against him and this means that the Left-leaning folks in my fraternity wouldn’t speak up even when things go horribly wrong. The bureaucracy is calling the shots and the expert committee has been reduced to a rubber stamp”.

However, this is not the worst of Pinarayi Vijayan’s acts of omissions. It is in the inability of an ostensibly Left government to carry along the private sector that caters to about 70% of Kerala’s population that has proved to be the administration’s biggest failing. The oft-touted ‘Kerala Model’ which makes Kerala an outlier state in India, thanks to the large number of private and charitable hospitals which exist there. Hence it is astonishing that these hospitals have not been co-opted in the State’s Covid mitigation strategy beyond the empanelled ones.

This, even as neighbouring states such as Tamil Nadu and Karnataka faring better on this count. One of the first announcements of MK Stalin as Tamil Nadu CM was universal Covid treatment with the state government paying for it. This is something Kerala hasn’t done despite patting itself on the back as a welfare state. In fact, matters had become much worse with private hospitals fleecing patients on ventilators that the Kerala High Court had to intervene to cap costs. Stalin (perhaps atoning for the sins of his namesake Russian dictator) has now gone ahead and announced free vaccinations in private hospitals through Corporate Social Responsibility (CSR) fund mobilisation and other means.

Dr. Sulphi admits that the Kerala government should involve the private sector more to ensure better utilisation of resources. He quickly adds that the government has been successful in capacity addition. However, Dr Arun cautions that resources which were nearly exhausted at the peak of the second wave may not be sufficient in the event of a third wave – as addition of more non-invasive ventilator beds are imperative.

There is also an acute vaccine shortage in the state, for which the Centre has to bear the cross. Kerala’s efficiency in administering vaccines in quick time was on display last week when it jabbed nearly half-a-million doses on a single day. But Kerala needs to do much more to improve the situation on the ground beyond easing of unscientific and ludicrous restrictions to salvage the present situation. Dr Sulphi calls for an urgent sero-survey to be conducted in all districts in the state, as directed by ICMR. He stated he had no clue why the government hasn’t gotten back to the IMA despite volunteering to undertake the survey.

There is no point in Kerala – with its human development indices comparable to developed nations – benchmarking itself against the Cow-belt states. The Vijayan government and its champions should introspect why it hasn’t followed even Tamil Nadu’s lead when it comes to welfarism. Had the government concentrated more on policy-making and transparency of data than image management, things wouldn’t have come to such a pass. 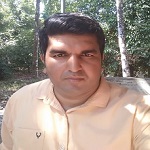 Anand Kochukudy is a Kerala-based Independent journalist and former editor of The Kochi Post. He regularly contributes to Indian and International publications on politics and policy.