Lata Mangeshkar: A voice that will live on - The Probe

Lata Mangeshkar: A voice that will live on 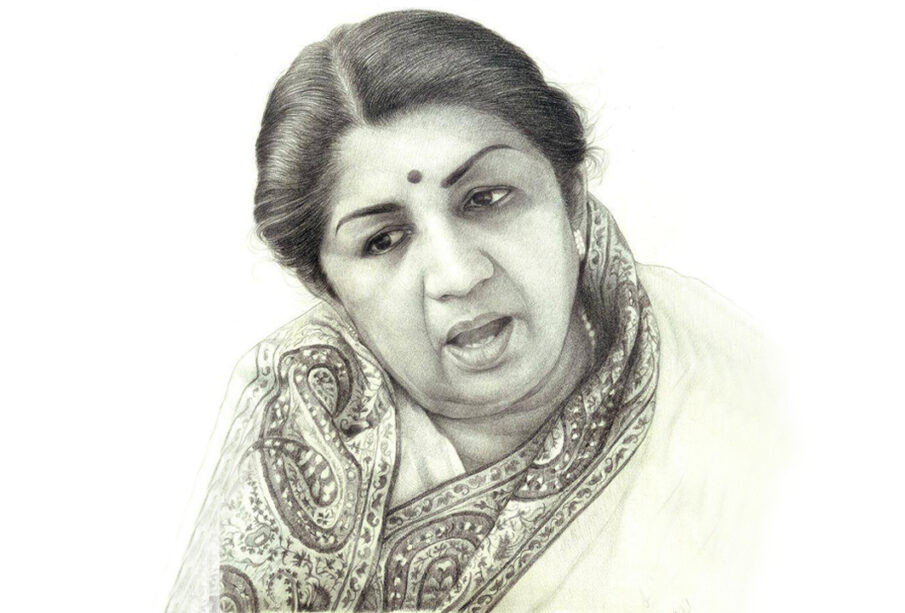 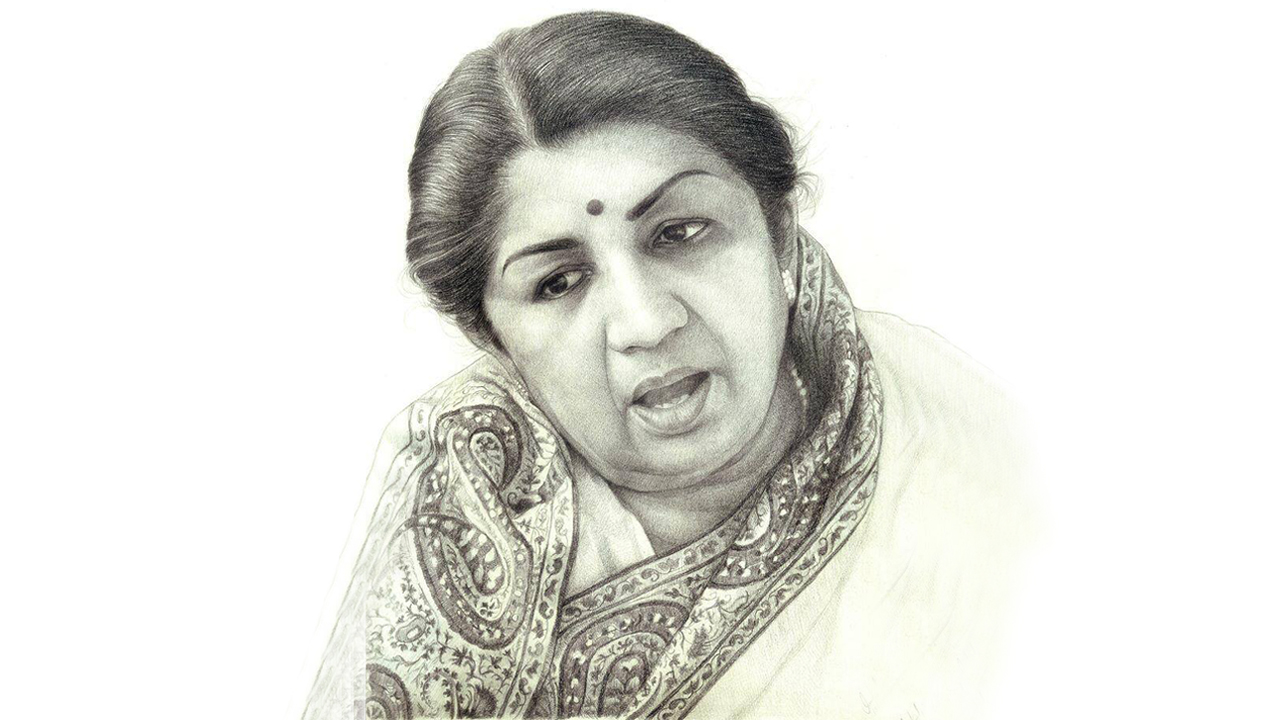 Adjectives don’t always do their job – even the superlative ones. They cannot measure the immeasurable; they fail to quantify the unquantifiable; they fall short of encapsulating the borderless. Sometimes language cannot describe the colossus. Superb, fantastic, unbeatable, inimitable, the best – they become meaningless.

Lata sang in many languages. But none of them can capture her artistry. Her hold over a nation, her sway over the listeners, her embodiment of the country’s soul. No tribute can adequately portray this symbol of national integration, this incarnation of the nation’s fantasies, this repository of several generations’ memories.

But a eulogy has to be given. So, what does one say?

In creative arts, the finishing line cannot remain static. A highly accomplished artist – even with the helping hand of God – just as they approach the end of a gruelling race, sees the finishing line shift further ahead. Another attempt, another shift – marginally beyond reach, never within one’s grasp. There is no perfection in creativity. Everything can be improved upon.

But Lata was different. She had breached the finishing line very early in her career and became an earthly embodiment of goddess Saraswati. She became the personification of ‘perfection’. She didn’t stop marching forward even though she marched alone. She was the journey; she was its end. Others could only watch from a distance and gape at the ever-growing chasm, and many were motivated to bridge it as much as they possibly could.

Her voice soothed you when you were in despair. Her voice instilled your chest with pride when you faced hostile bullets. Her voice filled your heart with romance when you were in love. Her voice imbued your soul with spirituality when you were before God. She was with you through thick and thin, from womb to tomb. She was your life’s chronicler, the keeper of your memories. She became part of your daily life. She was ubiquitous. From her phenomenal vault, you could summon any song tailormade for your needs, your mood. 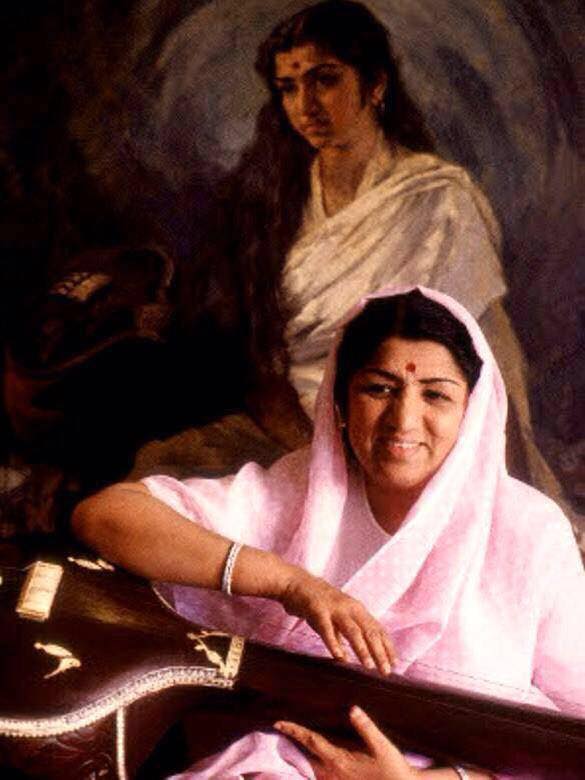 Emotions have countless hues, unlimited dimensions, immeasurable shades. She courted every one of those. Perfect singing is not only about technique; it is also investing it with the right colour.

Lata’s was the once-in-a-century earthly presence. It was, therefore, a given that she would become a legend in her lifetime and become THE VOICE. She went beyond music directors and lyricists. Any tune, any word would be invested with an ethereal attribute. Her genius would ensure it.

Consider her “O Sajana Barkha Bahaar Aayi”. The delivery, the throw, the intonation, the inflexion, the ornamentations, the nuances, the emotions. Even the heavens weep in joy when they hear it. Or “Rahein Na Rahein Hum”. Even the most cold-hearted stone in the garden would fail to be unmoved.

As a person, Lata was the girl next door, modest to a fault, simple, sincere. Her playfulness, at unexpected moments, brought out her joie-de-vivre. She was forthright about her limitations.

It’s not that she didn’t have her faults. But in the overall context of her extraordinary contribution to the ever-grateful nation and the die-hard devotees, it pales into insignificance.

All the awards that she received were, of course, her due. Her contribution to film and non-film music is epoch-making. Her position on the pedestal was fully earned. The ‘Singing Goddess’ has brought immense joy and happiness to millions of grateful mortals.

I was very fortunate and blessed to have met her on two occasions. To commemorate India’s victory in the 1971 War, Lata gave a public performance at Ramlila Maidan, Delhi, in 1972. She sang “Sarfaroshi Ki Tamanna” and “Jayate Jayate Jayate” composed by Jaidev. A day earlier, Lata, along with Usha, Hridayanath and Jaidev, visited my uncle – late Satish Bhatia – music director, for tea, where I had the ultimate pleasure of meeting her.

The second time I met her was in the late 90s at the rehearsal room on the ground floor of Prabhu Kunj, her residence at Pedder Road, Mumbai. She was rehearsing for an upcoming show at Kolkata with Udit Narayan. She met me very warmly. It was an opportunity of a lifetime to be present at her rehearsal and witness first-hand her commitment and passion for her craft.

Matthew Arnold, the Victorian poet and critic, wrote a poem, ‘Shakespeare’. He might as well have been writing of Lata though she would have winced in embarrassment:

Others abide our question. Thou art free.
We ask and ask – Thou smilest and art still,
Out-topping knowledge. For the loftiest hill,
Who to the stars uncrowns his majesty.

Lata’s is beyond discussion; she is beyond comparison. Period!

“Tum jiyo hazaaron saal, saal ke din hon, pachaas hazaar” goes the song sung by Lata’s sister. It’s a formal salutation by way of a birthday greeting, of course not meant to be taken literally. But in Lata’s case, it applies squarely. She will live through her songs which will continue to thrill, to motivate, to edify, to console, and everything else in between, for a long, long time. She now sits at the feet of Goddess Saraswati. Teaching her a thing or two!