From the way the contract was handed over to the private company to the measures taken by the government in the aftermath of the bridge collapse - including the payment of compensation, the family members of the victims of the Morbi tragedy say the man-made disaster exposes the chinks in the Gujarat government's armour.
by Ashutosh Dixit
Stories 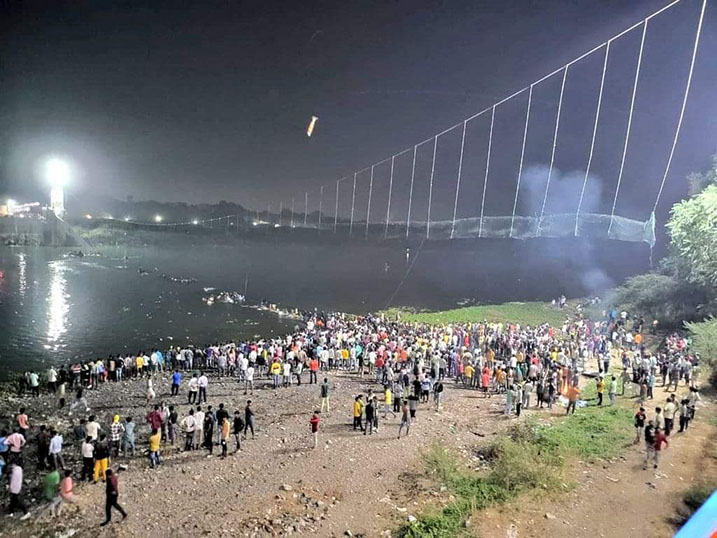 “My brother lost three of his children. His entire life has been shattered. Our family’s future is gone. The eldest boy who died was 20 years old, the second child was 18 years old, and the third was just about 16. Their lives could have been saved had all the victims received timely help. When the tragedy struck, around 60 bodies were removed, and still, there was no sign of the District Collector anywhere. The victims did not get timely help. This was a tragedy that could have been averted,” rues Kishore Solanki while speaking to The Probe.

Kishore Solanki, a relative of three of the bridge collapse victims speaks to The Probe’s Ashutosh Dixit

Kishore lost three of his nephews in Sunday’s Morbi bridge tragedy which left nearly 135 people dead. His nephews, who stayed just about a kilometre away, went to the suspension bridge to spend some free time on that fateful night.

“They were just innocently spending some time on the bridge. They didn’t deserve to die. The bridge should have been maintained. This was the responsibility of the government. They handed over the work to a private company, and the private company is not owning up. Instead of holding the top officials responsible, the government and the police are going after people who just take 10 to 15,000 salaries. What about those people who made money out of this? Who is going to fix responsibility? Is there any accountability at all in the system? We have lost three precious lives in our family. That, too, lives of young children who had dreams. Who will give them justice?” asks Solanki. 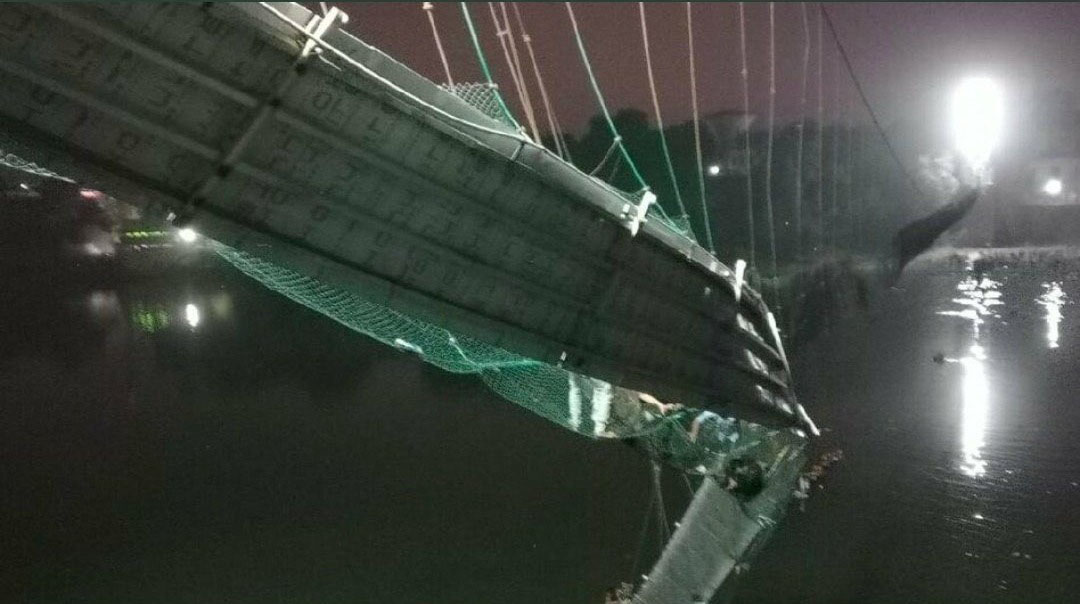 The Probe spoke to several victims’ relatives. Devanand Bhai Mogan lost two nephews and a niece when the bridge collapsed. “All of them were on the bridge. The children came to this village for their vacation. I couldn’t believe my ears when I learned they had died in the incident. No matter what the government provides now, is it of any consequence? How will this help us? We lost innocent kids. We don’t want anything but our three precious children. Can the government give us their lives back? At least we need the government to take action against the culprits. But are they doing it?” asks Devanand.

The collapse of the 150-year-old bridge situated over the Machchu river exposes the chinks in the Gujarat government’s armour, say family members of the victims of the tragedy. The Gujarat police have drawn flak for going soft on the actual perpetrators and, in turn, holding the lower-level workers responsible. The Gujarat-based company Oreva, which was responsible for the maintenance of the suspension bridge, has been blamed for multiple lapses, but senior advocate Colin Gonsalves tells The Probe that IPC sections have been diluted to let the actual perpetrators off the hook.

“This comes under IPC 304, which is culpable homicide not amounting to murder. You can’t just say negligence or even criminal negligence, which attracts very little punishment. With culpable homicide not amounting to murder, you are actually saying that this is an offence which is just falling short of murder, but you have taken lives. You can take life in two ways. One is when you murder a person, and the second is when you cause the death – wrongful death. But unfortunately, when they started registering FIRs, they registered FIRs only against low-level officials. Naturally, they did not mention the owner’s name. They won’t mention the politicians or ministers who gave them the contracts. The minister and directors of the company should go to jail, not these lower-level people. We cannot rely on the Gujarat Police to do any justice. Therefore, the court should appoint someone credible from outside the state to come in and do an independent investigation as to what really happened and what were the lapses.” 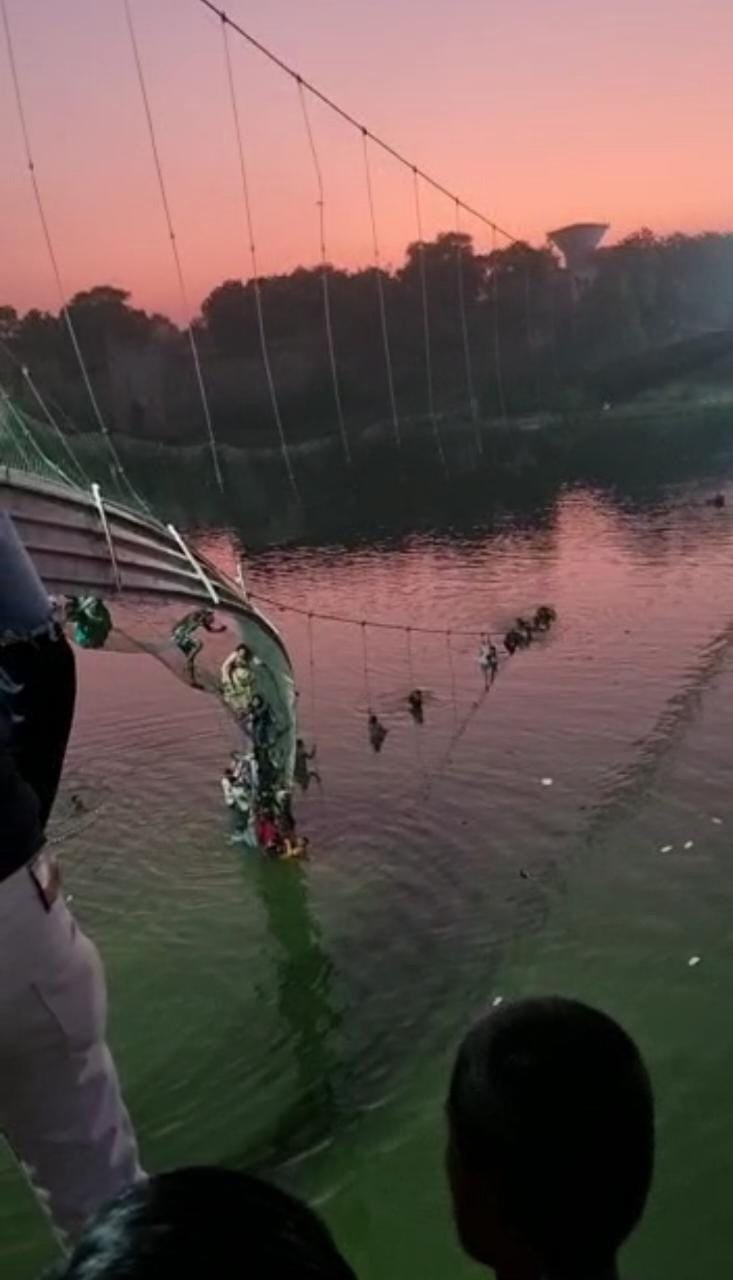 While the tragedy was caused because of laxity on the part of the government and the private company, the Morbi Municipality has absolved itself of any culpability. The Morbi Municipal Corporation has been blamed for giving a contract to Oreva without issuing a public tender for renovating the bridge. The private company was handed over the renovation contract of the bridge when it had no previous experience in related works. As an afterthought, days after the bridge collapsed, the Chief Officer of the Morbi Municipality Sandeepsinh Zala was suspended. Zala had earlier admitted that the bridge was reopened without a fitness certificate. The police have said that no structural tests were done during the repair of the bridge.

“The 150-year-old bridge should not have been renovated in the first place. Now, any civil engineer will know that a bridge that has passed its prime many years back needed no renovation. The bridge was supposed to have been broken, and a new bridge was to be erected. But what has the government done? They went for renovation. They gave away huge amounts of money for this purpose, and the report from the police states that they oiled and painted the bridge to make it look like a new one,” says Gonsalves.

Kashyap Trivedi and his younger son were just five to ten metres away from the bridge when it collapsed. A visibly shaken Kashyap tells The Probe that the severity of the incident and its gruesome fallout will haunt him and his son forever. 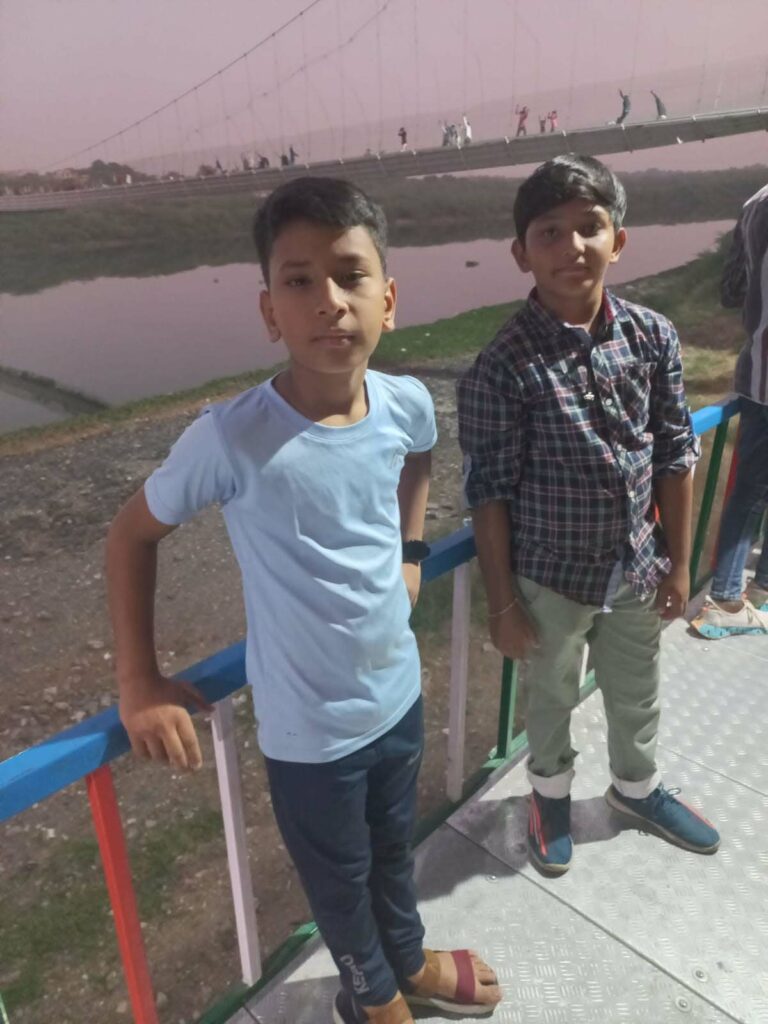 “We were right there when it happened. Just a few metres away. There is a stair which leads you to the bridge. We were at the stairs. We halted there to take pictures. Perhaps we would have lost our lives if we had not halted. The bridge collapsed in front of us. There was a loud noise when the bridge cracked, and the people fell into the water. Within a few minutes, the bridge collapsed completely. I had pictures taken just a minute before the bridge collapsed. I saw people crying for help,” remembers Kashyap.

“One of the major reasons behind the collapse is the overcapacity. The bridge has a holding capacity of around 50-100 people. But there were hundreds of people on that bridge that day. The bridge was not checked before it was made operational,” adds Kashyap.

Advocate Colin Gonsalves says even the way the compensation is being paid to the victim also reeks of indifference. “As far as compensation is concerned, there are some reports that a family of four got around 12 lakh rupees. Some people got three lakhs and others two lakhs. In the beginning, they will pay you two lakhs a person or three lakhs, and then at the end, they will give you fifty thousand rupees. If a child loses her life and bright future, should her family not be getting a compensation of five crores instead of fifty thousand rupees? In today’s time and age, what purpose does a fifty thousand or two or three lakh compensation serve? Now, it is time for us to break from this very antiquated and obsolete compensation scheme. We must follow some global standards while giving out compensation to families of victims of a tragedy of this nature.”

Laxmanbhai Ahir remembers two children from his village who lost their lives to the tragedy. “They were here on holiday. So, before heading for the bridge, one of the boys named Bhautik called his father, saying that they were going to visit Jhulta Pool (Morbi Bridge). But his father asked him not to go alone. However, the children still went. And then all we got to know was that the bridge had collapsed. Bhautik used to tell his mother not to worry anymore as he was growing up and aspiring to hold a senior post as a government officer. The girl had similar aspirations. Not only the family but our entire village is also shocked.”

The incident has wiped off several generations of families and has shaken up Morbi town and the entire country. But the kith and kin of the victims say the government continues to remain unfazed, and the tragedy will now be reduced to an election issue by all political parties that are gearing up for the upcoming assembly elections in the state.