Pentagon Report: A wake up call for India to rein in an unsparing and aggressive China - The Probe

Pentagon Report: A wake up call for India to rein in an unsparing and aggressive China

China, building a large 100-home civilian village in the disputed area in Arunachal Pradesh is one of the smaller problems plaguing India in the larger scheme of things
by Prema Sridevi
ColumnsIndia
READ

The Pentagon Report on Military and Security Developments involving the People’s Republic of China, released to the US Congress last Wednesday is a wake up call to India. While the report highlights the security preparedness of China, it also underscores the lack of foresight of Asian countries including India in its combat promptitude and military capability as opposed to China’s rapidly expanding nuclear arsenal.

Chinese President Xi Jinping in 2017 – during his speech to the 19th Party Congress – presented two missions to turn China into a global power. First: to complete the PLA’s modernisation by 2035. Second: to transform the PLA into a world class military by 2049. Ever since, China has been steadily building its military, intelligence and nuclear capabilities with greater vigour. 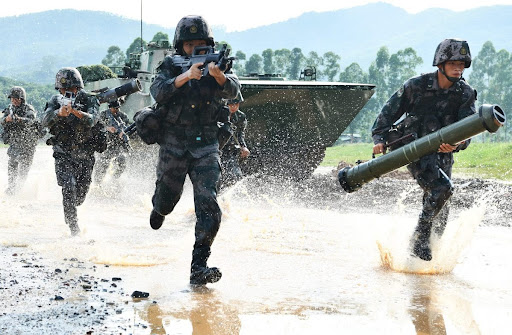 People’s Liberation Army soldiers take part in a battle drill in a coastal area of Guangdong province | Courtesy: Ministry of National Defense of the People’s Republic Of China

Correspondingly, the Chinese PLA has also set up its first support base in Djibouti in the Horn of Africa which is China’s first overseas military base, built at a cost of 590 million USD. In the document submitted before the Congress, the US Secretary of Defense has gone on to state that beyond the Djibouti base, China is currently pursuing to set up similar bases in a number of countries including Pakistan, Sri Lanka, UAE, Singapore, Myanmar, Thailand amongst others. The move could make India more vulnerable from a geopolitical and strategic standpoint.

After the Galwan valley skirmish between India and China last year that resulted in the death of soldiers from both sides, India flagged off a campaign to boycott Chinese products. This resulted in the Indian government banning over 200 Chinese apps and terminating several contracts of Chinese firms with India.

The report also claims: “In 2019, the Chinese telecommunications firm Huawei came under greater scrutiny due to its close links with the PRC government, involvement in intellectual property theft, and its evasion of sanctions on Iran.”

The papers state that the 2017 National Intelligence Law enacted by China requires Chinese companies like Huawei and ZTE to support and provide assistance and cooperation to the People’s Republic of China’s national intelligence work, ‘wherever they operate’. The fact is despite numerous intelligence reports against these firms, they continue to operate with impunity in India. 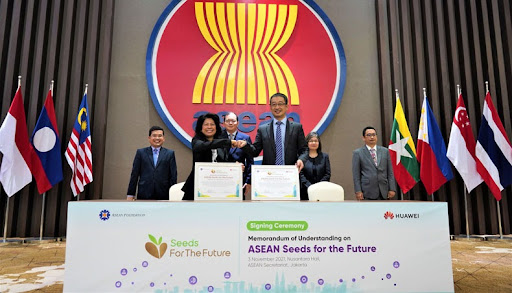 This month, Huawei and the Asean Foundation signed an agreement to improve India’s digital landscape. CEO of Huawei India, David Li said in a statement: “As a global ICT leader, Huawei over its 20-year presence in India has been committed to helping shape the country’s digital talent landscape.” The company claims to have over 30,000 Huawei certified ICT professionals in India.

Last year, acknowledging the national security threat posed by companies like Huawei and ZTE, the telecom ministry in India left out both these companies from its 5G trials. However, these companies were not banned from supplying 5G equipment to carriers.

Chinese smartphone brands One Plus, Oppo, Xiaomi and Vivo are widely popular in the consumer market in India. Last month, there were reports that the Indian government had sent notices to these brands directing them to share details of the components used in their smartphones. The question is, if the National Intelligence Law legislated by China required Huawei and ZTE to provide assistance and cooperation to China’s national intelligence work ‘wherever they operated’, wasn’t the same Chinese Law also applicable to brands like One Plus, Oppo, Xiaomi and Vivo? 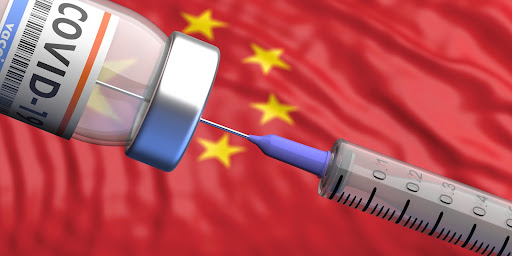 China has also been flexing its military muscle way beyond the Indian subcontinent. Following the Galwan valley standoff, the Chinese officials “warned” their US counterparts to not interfere with China’s relationship with India. In what could be seen as a counterblow – four months later – the Chinese reportedly caused a massive power outage in Mumbai. The New York Times report which published a story on China’s sinister plan was later confirmed by Maharashtra Energy Minister Nitin Raut that the power outage was in fact the result of a cyber attack from China.

Most of the thermal and renewable power producers in the private sector in India use Chinese equipment, machinery, control panels and systems in their power plants. These are controlled by softwares developed in China. As of today, most solar and wind power producers import equipment from China as they are an inexpensive alternative.

Whether or not China was behind the power outage in Mumbai, what is consequential is that the Pentagon Report mentions how China has been ramping up its cyber espionage and cyber attack capabilities. The report cites: “The PRC has publicly identified cyberspace as a critical domain for national security and declared its intent to expedite the development of its cyber forces… The PRC seeks to create disruptive and destructive effects from denial of service attacks to physical disruptions of critical infrastructure to shape decision-making and disrupt military operations at the initial stage and throughout a conflict.”

The report further reveals: “As a result, the PRC is advancing its cyber attack capability and has the ability to launch cyber attacks such as disruption of natural gas pipelines for days to weeks in the United States.”

A look at China’s military budget clearly demonstrates the ambitions of the nation to such an extent that while many nations go about beating the drum with regard to their military allocations, the Chinese hide the actual figures. China has been blamed time and again for lack of transparency over the exact amount it allocates for its defence budgets. It has been accused of omitting several major categories of expenditures in its budget related to research and development and foreign weapons procurement.

Since China has never openly admitted the whole range of budgetary allocations every year to enhance its defence capabilities, one may never know how much money is being infused into the economy to give a boost to the nation’s military might. According to reports, in 2021 China’s actual military-related spending could be 1.1 to 2 times higher than stated in its official budget.

China has also been increasing its defence budget annually by an average of 7 per cent and is slated to increase it to $270 billion by 2023, according to the documents submitted to the Congress by the US Department of Defense. India, on the other hand, has a total defence spending with an average growth rate of 9% in the last 10 years. As per the data, while China has allocated $209 billion in its 2021 defence budget, Indian allocation has been abysmally low at $64.8 billion. The Indian government’s spending on defence has seen a considerable drop of 4% in terms of the government’s total expenditure over the last six years.

Considering the overall scenario, China building a large 100-home civilian village inside the disputed territory between China’s Tibet Autonomous Region and Arunachal Pradesh in the eastern sector of the LAC is one of the smaller problems plaguing India in the larger scheme of things. China’s aggressive policies and shrewd diplomacy has led to India losing its clout in its immediate neighbourhood. With China investing significantly on India’s neighbours, India’s policies are often reactive rather than proactive. Unless India spends more money, forges new alliances and makes the most out of its geographical advantages, China will continue to pose a threat to India’s national security.

China’s construction of a civilian village in Arunachal Pradesh may be a cause of concern for the Indian security establishment. But only centering the attention around that and the immediate border skirmishes may prove self-defeating for India. The truth is, the dragon nation has a well-laid-out plan to corner and trounce India. Therefore, India should not lose sight of the moon while counting the stars. 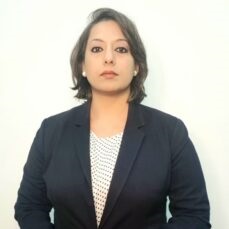 Prema Sridevi is an investigative journalist and the founder of The Probe. Through her independent digital media venture, she is focusing on stories that are impactful and drive change. With a career spanning over 20 years, she has reported extensively on public health, governance, national security, corruption amongst others.