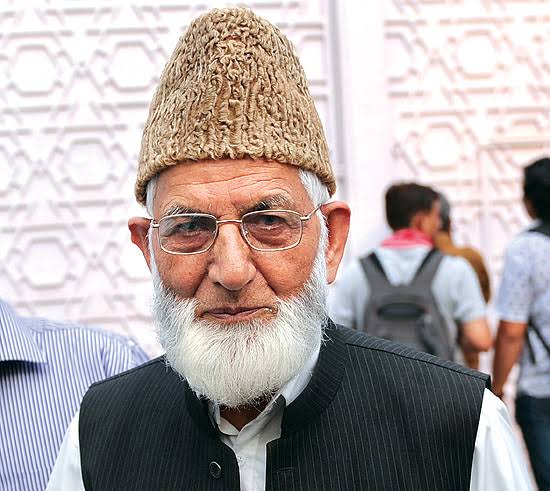 Speaking to the media, IGP Kashmir Vijay Kumar said that restrictions have been imposed in the valley as a “precautionary measure” and that only relatives will be allowed to visit the family of SAS Geelani.

The senior separatist leader who was battling prolonged illness passed away at the age of 92 at his Hyderpora residence in Srinagar on late Wednesday evening. Security was beefed up around Geelani’s residence soon after the news of his demise was made public.

The death of Geelani evoked mixed responses both within India and Pakistan. Responding to the death of Geelani, PDP leader Mehbooba Mufti tweeted: “Saddened by the news of Geelani sahab’s passing away. We may not have agreed on most things but I respect him for his steadfastness and standing by his beliefs.”

Calling Geelani a “Kashmiri freedom fighter”, Pakistan Prime Minister Imran Khan tweeted by blaming India for “incarceration and torture” of SAS Geelani. Imran Khan also announced that the Pakistan flag will fly at half mast and that the country will observe a day of official mourning.

Deeply saddened to learn of the passing of Kashmiri freedom fighter Syed Ali Geelani who struggled all his life for his people & their right to self determination. He suffered incarceration & torture by the Occupying Indian state but remained resolute.

Geelani had quit politics in June last year. After the abrogation of Article 370, Geelani had restricted himself to his house because of his poor health. Geelani was a strong supporter of the idea of a Kashmir under Pakistan rule. Last year, the Pakistan government conferred the Nishan-e-Pakistan, the highest civilian honour of the country, to Geelani.

The NIA – in a case of terror funding – had named Geelani and Mirwaiz Umer Farooq for fuelling unrest in the valley. The Enforcement Directorate, in 2019 had levied a penalty of 14.40 lakh rupees on Geelani for violating the foreign exchange regulations.

In 2015, Geelani stirred up a storm when he said that he was travelling with an Indian passport out of compulsion and “he was not an Indian by birth”. After the US forces killed Osama Bin Laden, SAS Geelani faced backlash in India for leading the funeral prayers for the Al-Qaeda leader in Srinagar.