These are tricky times for India as it navigates the choppy waters of international diplomacy at a time when the US is aggressively discouraging any ties with Russia even if it is located in multilateral bodies like Shanghai cooperation (SCO). Ukraine could inspire new fires.
by Sanjay Kapoor
ColumnsWorld 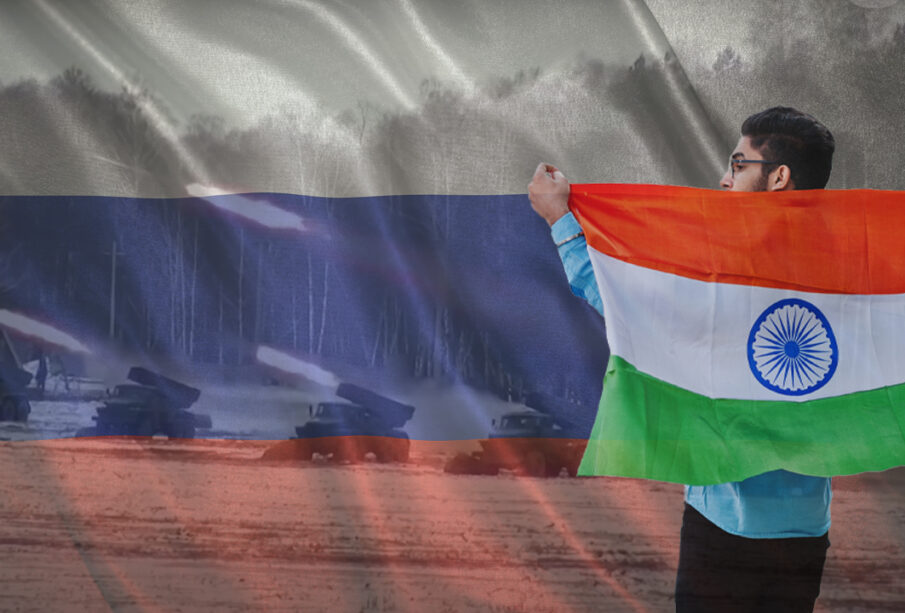 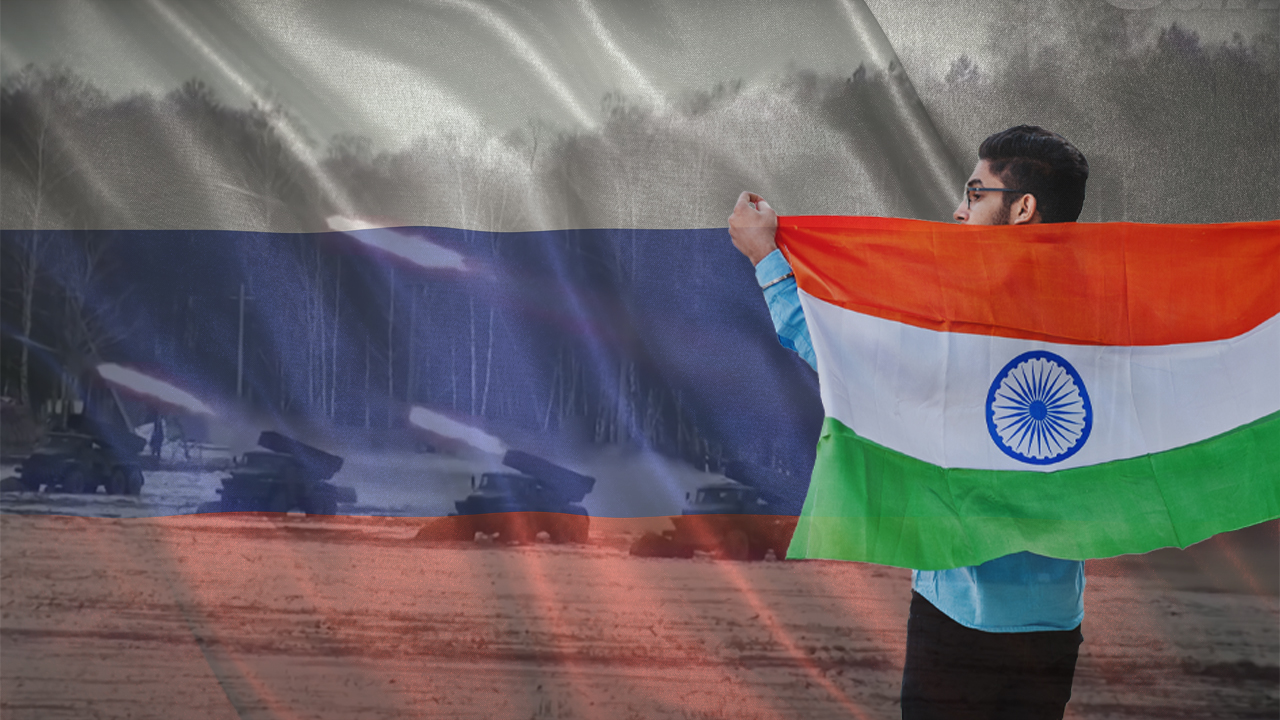 In a matter of a fortnight since Russia mounted an invasion of Ukraine to destabilise a very tenuous global economic and political order, there is fierce speculation on how it will play out with India – a country unwittingly impacted by this conflict. And by the look of it, it could be ugly and considerably challenging to our country as reasons that drove Moscow to militarily cross over to Ukraine to prevent it from joining NATO could well be used by China too – as it tries to make sense of New Delhi’s membership of Quad.

India abstained from all the UN and Security Council resolutions that were introduced to condemn Russian aggression. Its endeavour to remain neutral was interpreted by observers as reluctance to dump a friend that had stood steadfastly in its favour during every crisis in post independence. Its precursor, the Soviet Union, had come to Delhi’s rescue during the Bangladesh war and subsequently on many other occasions. Its successor state Russia followed the same tradition and stood for India when some other countries were baying for India’s blood over Kashmir.

Russia also supplies 49 per cent of all defence needs, which are critical for taking on the military challenge of Pakistan and China. Another compelling reason for not taking sides between Russia and Ukraine were the 20,000 medical and engineering students who found themselves stranded In Ukraine. The Indian government had to evacuate them safely before the bombs started falling. All these factors made New Delhi stand its ground even at the expense of being threatened by sanctions by the US. Till now, India has managed to stay away from US sanctions.

If the testimony of Assistant Secretary of State, Ambassador Donald Lu at a foreign affairs committee is anything to go by, India has been scaling down its arms purchases from Russia. It has also decided not to go ahead with the acquisition of Mig 29s, helicopters and anti-tank missiles in the last few weeks. New Delhi may not have confirmed this cancellation, but these forced corrections that it has made in its defence acquisition programme suggest sensitivity to US pressure.

Despite the rollback the Indian government may have done on its aircraft acquisition plans, its fear of sanctions has not lifted as it seems to have gone ahead with the most significant and high profile purchase from Russia of the anti-missile S-400 system. India has sought to bypass the SWIFT payment system and resorted to paying the Russians in Indian Rupees, but the US is seemingly unrelenting when it comes to putting the screws on India.

Washington is using the opportunity that the Russian intrusion in Ukraine has provided to squeeze out all of Moscow’s trading and defence partners. If Washington targets India, the most visible and one that swears by its strategic autonomy then it could strike a body blow to Washington’s attempt to build India as a counterpoint to a muscular China. New Delhi could be mindful of US’s limitations in attacking India on this issue, thus allowing it to follow its independent path. By the look of it, it is easier stated than done.

Reports from South Block suggest that the Indian government is trying to postpone the acquisition of S-400 till the storm passes. This endeavour to walk the middle path is leaving India quite vulnerable in the rapid shift in power balance. All this while, it had tried to leverage its relationship with Russia to manage its tumultuous relationship with China, but the happenings in Ukraine has made it difficult to display any fancy footwork.

Engagements under forums like BRICS, Shanghai Cooperation etc., had helped India to work closely with China with Russia serving as an important mediator and a hedge from any further aggravation of conflict between the two neighbours – India and China – along its 3500 kilometre disputed border. This conflict saw a bloody face-off at the Galwan valley in Ladakh in the summer of June 2020. Since then, the Chinese army has beefed up its presence all along the border to threaten many vulnerable points. One of them is the chicken neck or the 80 kilometre long Siliguri corridor, whose disruption can cut off northeastern states from the rest of the country.

The Chinese are barely 104 kilometres near Doklam, where Indian forces had confronted the Chinese in 2017. To prepare for such an eventuality, the Indian army had recently conducted extensive exercises. The Indian army chief, General Manoj Mukund Naravane and the Foreign minister S Jaishankar have both wondered in their engagement with the media why the Chinese chose to go back on their previous commitments and displayed hostile intent towards their neighbour with whom they have shared a peaceful border since the mid-’60s. Chinese have not really concealed the reasons why they mistrust New Delhi ever since Indian PM Narendra Modi serenaded US President Donald Trump during his trip to Seattle in 2019. The fact that the 14 round of commander meetings to sort out this face off has not yielded desired results suggests Chinese reluctance to end their coercive ways. It will be interesting to watch how the 15th round meeting plays out in the coming days. Will the Ukraine war have a bearing on the commander’s meeting?

The Chinese mistakenly believed that India had struck a military alliance with Washington. In other words, Chinese violence at Galwan and military mobilisation along the border was little different in motivation from that of Russia’s invasion of Ukraine. The Chinese could not be mollified even after Foreign Minister Jaishankar reassured Beijing that they were wrong in believing that India was a US military ally as it had no alliance with any country and, least of all, with the US. The Chinese obviously were not convinced as earlier, US Secretary of State, Mike Pompeo, began to talk about militarising the four-nation Quad.

After Trump’s electoral loss, the new democratic establishment took away the military aspect out of Quad and created a trilateral – AUKUS – to militarily challenge China in the Indo-Pacific, but Beijing continued to remain deeply sceptical of Quad.

In the last few days, the Chinese foreign minister, Wang Yi, has likened Quad to Asian Nato and claimed that there are some outside forces that are trying to stir up conflicts between India and China. Wang Yi talked of restoring ties between the two countries and hoped that border disputes should not come in the way of “overall interests of bilateral cooperation”.

These are tricky times for India as it navigates the choppy waters of international diplomacy at a time when the US is aggressively discouraging any ties with Russia even if it is located in multilateral bodies like Shanghai cooperation (SCO). If New Delhi is compelled to leave SCO to save its ties with the US to ward off sanctions, then we could see a repetition of what has played out in Ukraine.