Same-sex marriage: Pressing the need to move from “not” to “knot” - The Probe

✕
Copyright © 2022 Fourth Estate Newscorp Pvt Ltd. All rights reserved.
Monday, May 23
Home›Columns›Same-sex marriage: Pressing the need to move from “not” to “knot”

Same-sex marriage: Pressing the need to move from “not” to “knot” 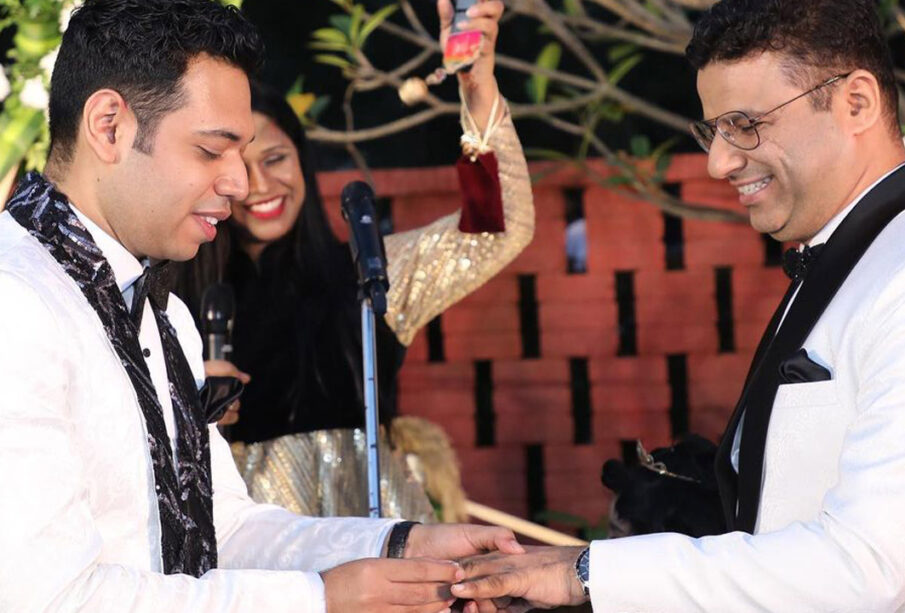 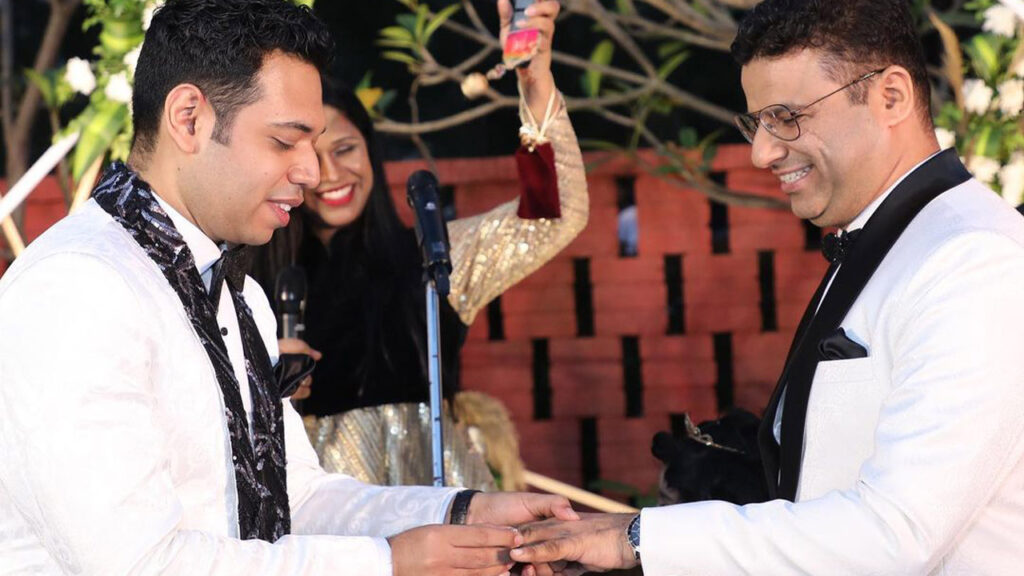 Indian gay couple who got married in a private ceremony in Telangana in December 2021 | Photo courtesy: chakraborty.supriyo | Instagram

Recently, the Allahabad High Court turned down the plea of a lesbian couple to recognise their marriage. The counsel representing the Government of Uttar Pradesh also argued that such marriages are against “Indian culture, laws, and Indic religions.” But, well, this appears to be just a convenient interpretation of the personal laws of the country, as neither is homosexuality against the Indian culture nor do the laws explicitly define marriage as only between a man and a woman.

India is not governed by a uniform marriage law, which implies that each citizen has a right to choose which law would apply to them based on their religion and community. Several laws validate the sanctity of marriages in the country; however, whether or not these laws can be used as a reference point for the inclusion of same-sex marriages continues to be debatable. Such personal laws have not laid down a clear definition of marriage and hence do leave some scope for imagination and reinterpretation.

The Indian Christian Marriage Act 1872, for example, discusses marriage “between Christians.” The Hindu Marriage Act 1955 states that a marriage may be solemnised between “any two Hindus”. Although the Act mentions bride and bridegroom, a previous ruling of the Madras High Court in Arunkumar and Anr. v. The Inspector General of Registration and Ors remarked that the meaning of the term “bride” must not be static and should be reinterpreted in accordance with the changing socio-cultural norms, thereby broadening the definition of “bride” to include transwoman, inter-sex, and other transgender people who identified as a woman. This judgement itself must form a basis for reinterpreting what “marriage” must mean in the Indian laws, and careful attempts must be made to include more comprehensive and inclusive definitions and communities.

While there is a slight possibility of interpreting existing personal laws differently, there is no denying that all such laws have an underlying assumption that the marriage involves a heterosexual couple. Hence, activists argue that same-sex marriages could find a place under the Special Marriage Act 1954 which states that a marriage “between any two persons” may be solemnised under this Act.

Moreover, unlike other laws, the Special Marriage Act has primarily used gender-neutral terms (like party, parties) and hence is more suitable for a deliberate interpretation in favour of same-sex couples. But this too would remain just a speculation, unless validated by the courts—which have continued to find their way out of this debate till now.

Indeed, such silence on the part of the country’s legal system itself could be seen as violative of Article 14 and Article 15 of the Indian constitution, the fundamental rights guaranteeing equality before the law, and the prohibition of discrimination. Unsurprisingly, it also obscures the realisation of the right to personal liberty guaranteed under Article 21 and freedom of expression under Article 19(1)(a). And unfortunately, all this prevails, despite the previous rulings of the courts upholding the right to marry as a fundamental right.

The court’s rulings in Shakti Vahini v. Union of India and Shafin Jahan v. Asokan K.M. and others have interpreted Article 21 to include the Right to Marry a person of their choice by reinstating that society must have no role in deciding one’s life partner.

There is no denying that the reading down of Section 377 was a necessary first step to pave the way for the recognition and rights of the LGBTQ individuals, but not discriminating against the homosexual couples just because of their sex is an urgent need of the hour. And when the Supreme Court of the country in the Navtej Singh Johar case has ruled that members of the community are entitled to all the constitutional rights, not recognising same-sex marriages is in sharp contrast to this landmark judgment. Naturally, to make this decriminalisation more meaningful, we need to have courts recognise the unions of same-sex couples, much like any other heterosexual couple in the country.

Moreover, the arguments made by the reputed counsel for the Government of Uttar Pradesh urging that such marriages are against Indian culture are entirely flawed. Some Indian mythological tales, Indian ancient texts, and Indian architecture – reflect that homosexuality and gender fluidity were accepted norms in ancient India. And hence, it is actually homophobia that is essentially against the culture of this country.

As a matter of course, not being legally recognised as a married couple entails a vast range of economic and medical uncertainties for same-sex couples. Being unable to marry, often the couples face troubles in jointly owning a property and finding rental accommodation. And now, when the government is pushing for financial inclusivity across the country, arbitrary rulings in cases of same-sex marriages simply pushes such couples off the grid.

Accessing family life insurance and joint bank accounts is another hurdle for them. Add to this the mental trauma of being unable to take up the role of a “spouse” in cases of medical emergencies and the issues associated with child adoption. Therefore, any revisions or newer interpretations of existing laws must lead to a series of well-thought amendments in all other relevant laws.

It has been a long journey for same-sex couples across the country to be treated as ‘immoral’ and ‘against the culture’ in a country that never in its traditions distanced itself from homosexuality. Society and often one’s own family ostracises and shuns same-sex couples. In matters like these, legal recognition and constitutional validity of their relationship would provide them with an umbrella cover of legality and assured exercisable rights.

Ultimately, society looks up to the legal mandates that constantly shape their notions of what is moral and acceptable to be considered a “marriage.” Interestingly, polls have shown that the acceptance and support for same-sex marriages are growing in India. This could be due to the decriminalisation of homosexuality in 2016, which undoubtedly did ease off the stigma associated with the community to some extent and empowered them to shun their hitherto concealed identity.