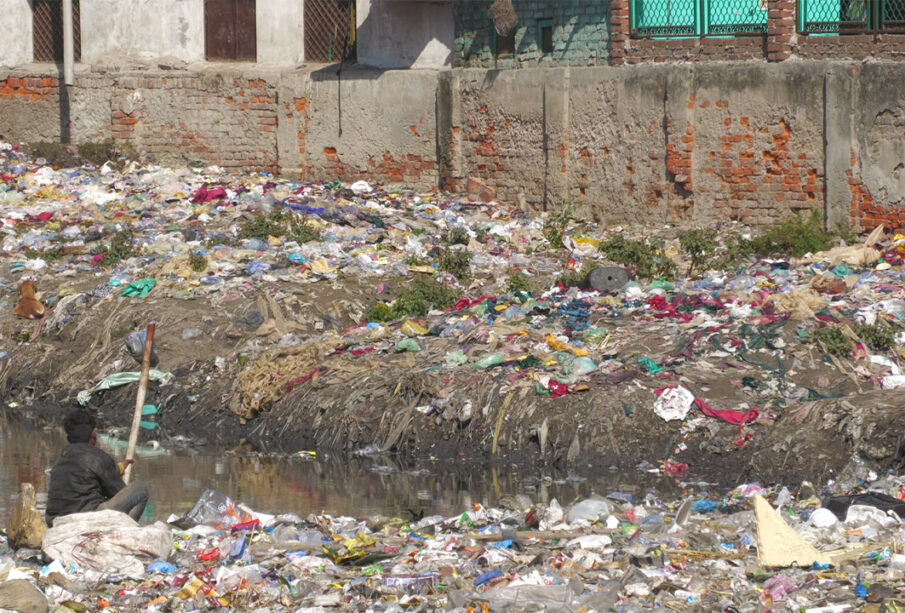 A young boy at an e-waste dumping yard in Seelampur, Delhi | Photo courtesy: The Probe

Seelampur, a popular locality in East Delhi also happens to be India’s largest e-waste dismantling market. For years, this market has been home to thousands of informal workers who spend nearly 10 to 12 hours a day extracting valuable metals such as gold, silver, copper, tin, titanium and palladium from e-wastes.

There is a massive influx of e-waste into Seelampur every day, and children and adults are involved in dismantling e-waste, extracting metals, and using processes such as acid burning and open incinerations that pose health and environmental hazards.

A majority of the e-waste management in India is handled by an untrained, unprofessional and unorganised informal sector. Most people who work in these e-waste units neither have the licence nor the skill to handle e-waste. They do not use protective equipment or have access to technology for e-waste dismantling. Yet, the government has not been able to train them or integrate them into the semi-formal or formal sectors.

“Whatever activities take place in Seelampur, it is 100 per cent illegal. They employ children; they burn e-waste; they dispose of e-waste in an open environment. People who work in these areas are unskilled and don’t have the infrastructure. I have seen that they employ very small children. For instance, if you want to take out certain smaller elements from the motherboard of a laptop, you need smaller fingers. Therefore people employ children to do these kinds of tasks. To extract metals from mortars, compressors and wires, these people don’t have access to technology or machines. So, they burn those wires. In electric wires, you have a PVC coating, and when you burn PVC in an open environment, toxic gases are released, which is harmful to the people who inhale it in these areas. They are prone to getting cancer, skin and respiratory diseases,” said Ashish Jain, Founder and Director of the Indian Pollution Control Association.

For the last 20 years, Ashish has been working in e-waste and chemical wastes. According to Ashish, the biggest problem that e-waste dismantling centres such as the one in Seelampur face are the problem of child labour. In Seelampur, children can be seen handling e-wastes, working in a toxic environment with no protective gears for very little money. 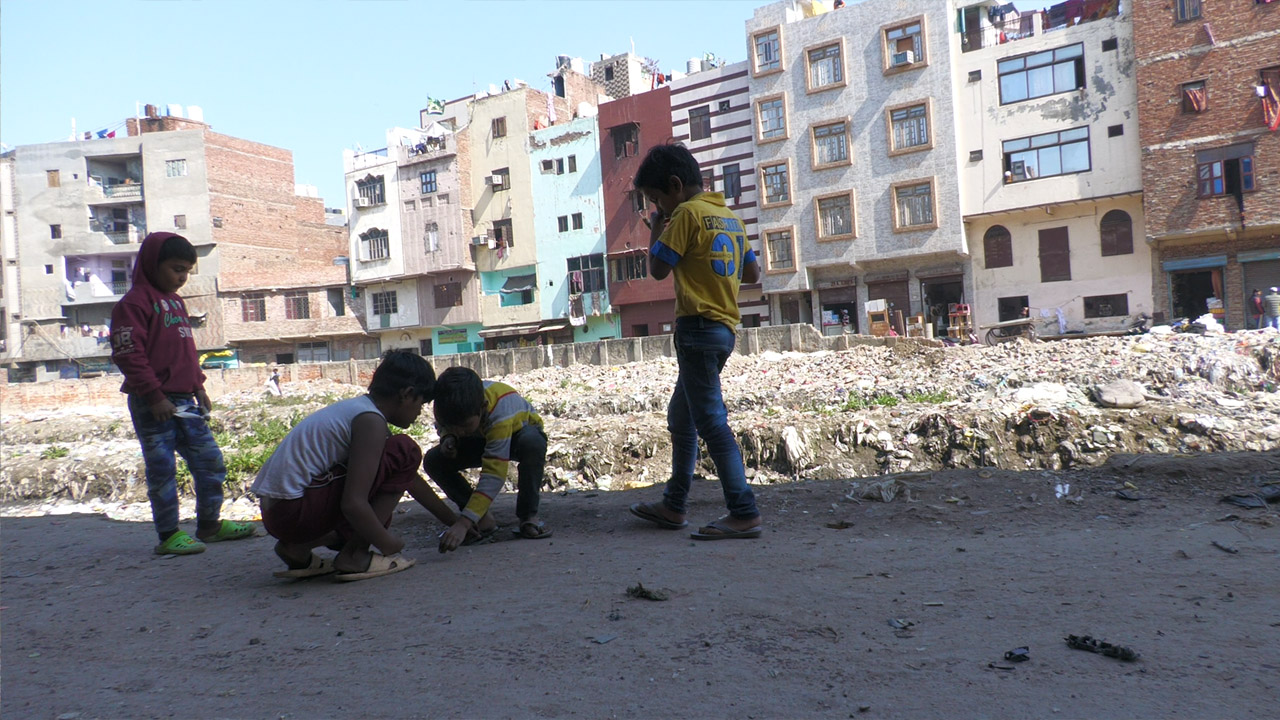 Children playing next to an e-waste dumping site in Seelampur, Delhi | Photo courtesy: The Probe

According to the Global e-waste monitor 2020, which is a collaborative effort of the Sustainable Cycles (SCYCLE) programme co-hosted by the United Nations University (UNU) and the United Nations Institute for Training and Research (UNITAR), 53.6 million metric tonnes of e-waste was generated by the world in 2019 out of which only 17.4% was officially documented as properly collected and recycled.

India alone generates 3.2 million metric tonnes of e-waste a year and is the world’s third-biggest contributor of e-waste after China and the US. During the pandemic, experts say that the amount of e-waste generation increased in India because of people’s excessive use of electronic goods. Unfortunately, the recycling activities related to e-waste have not kept pace with the rapid increase of e-waste being generated. Though India has put in place legislation to regulate e-waste since 2011 – which makes it mandatory that only authorised dismantlers and recyclers can collect e-waste – in places like Seelampur, one can see how the laws are being flouted openly. 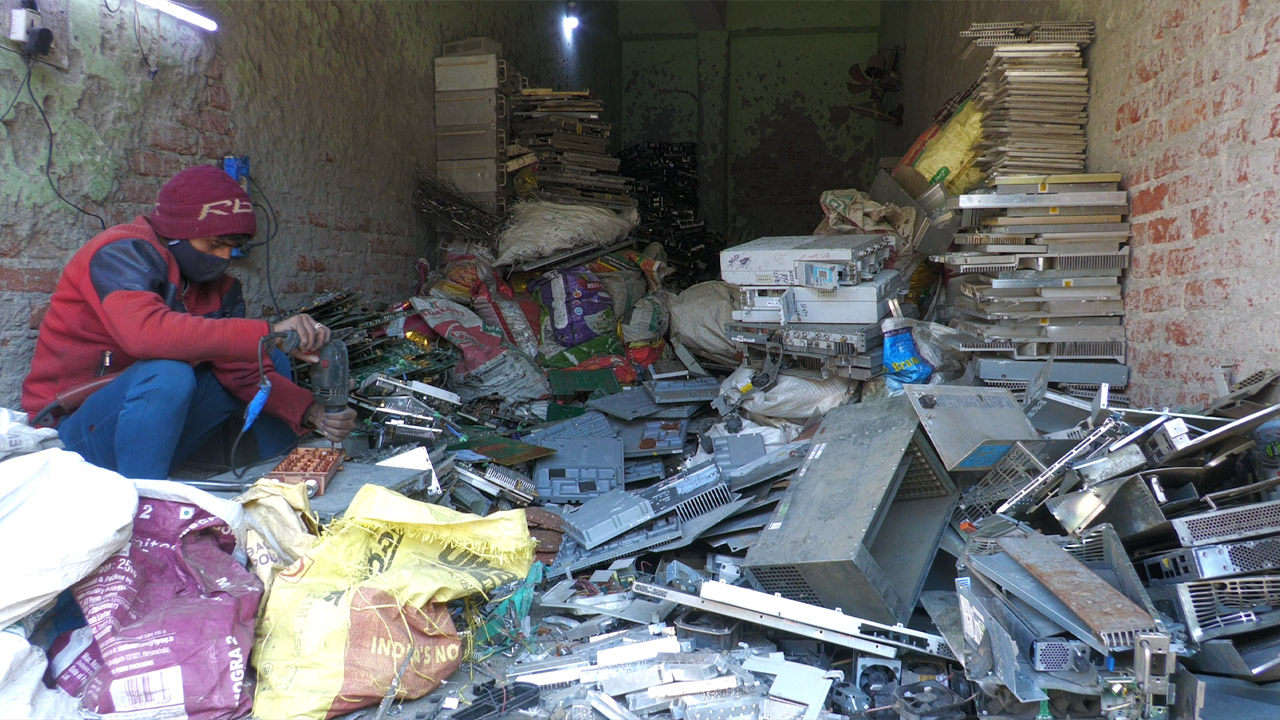 An informal worker extracting metal from electronic goods at an e-waste dismantling unit in Seelampur | Photo courtesy: The Probe

The E-Waste Management Rules, 2016 brought the manufacturers, dealers, refurbishers and Producer Responsibility Organisation (PRO) under its ambit. But a study by Toxics Link, a Delhi based environmental non-profit organisation, found that 92 per cent of informal processors are unaware of the E-Waste Management Rules of 2016. The study also found that at least 15 e-waste processing hotspots were operating illegally with impunity in Delhi.

The Probe spoke to Satish Sinha, Associate Director of Toxics Link, who said that it is time the government brought in a comprehensive plan to integrate the informal sector into the formal e-waste management workforce. 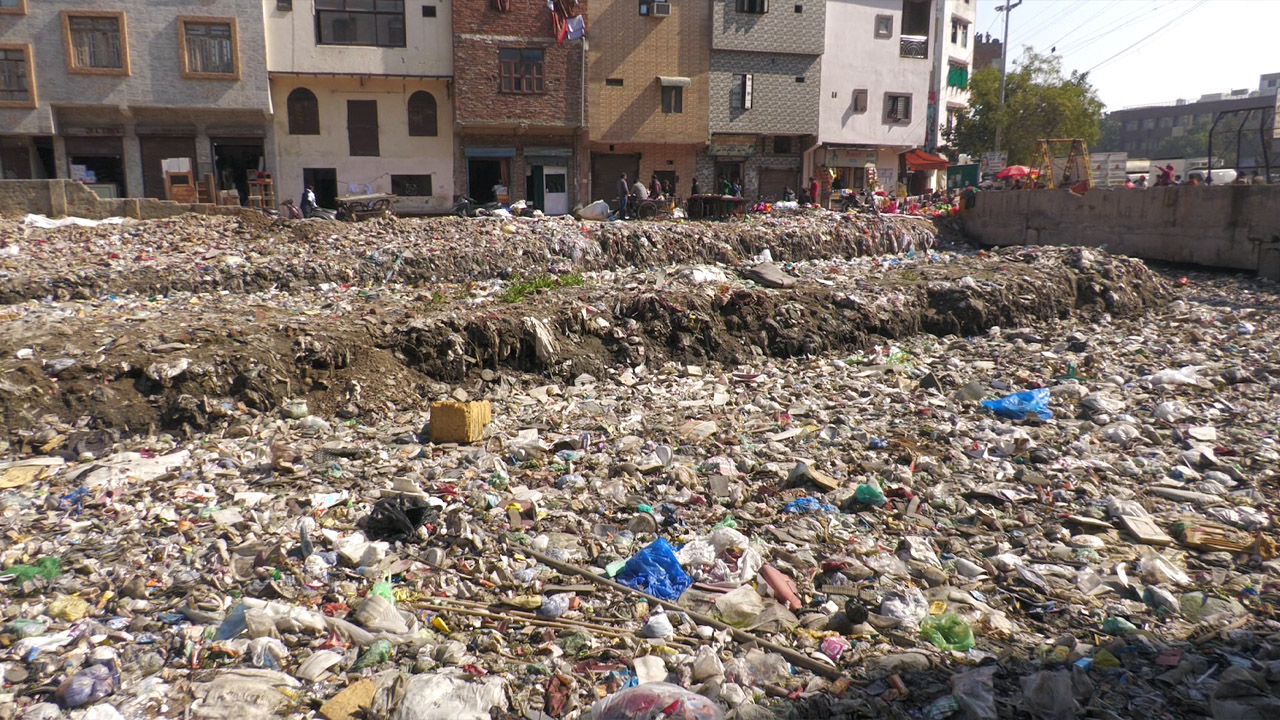 According to Sinha, these unorganised workers in the e-waste sector are well-connected and have tremendous networking skills in terms of collection of e-waste. Since collection and transportation are not hazardous in nature, Sinha feels that the government should authorise them and formalise these workers and integrate them into the workforce.

“Collection and storage are two areas which are not hazardous. For instance, we all use computers and mobile phones, and it is only when it becomes unserviceable or is not functional that it becomes e-waste. If I carry ten laptops from one place to another, it is not hazardous by nature. I believe that these informal sector people can certainly be authorised to collect e-wastes from homes, carry them, and store them. There is a requirement for integrating them into e-waste management,” asserted Sinha.

Delhi alone generates nearly 200,000 tonnes of e-waste every year. To tackle the problem of e-waste, the Delhi government had recently announced that it would build India’s first electronic waste eco-park in the national capital, which will handle all forms of e-waste like collection, storage, segregation, dismantling, refurbishing, testing, recycling, among others. The 20-acre plot in Narela will have e-waste metal extraction facilities where waste generators and certified recyclers can work under an umbrella setup. 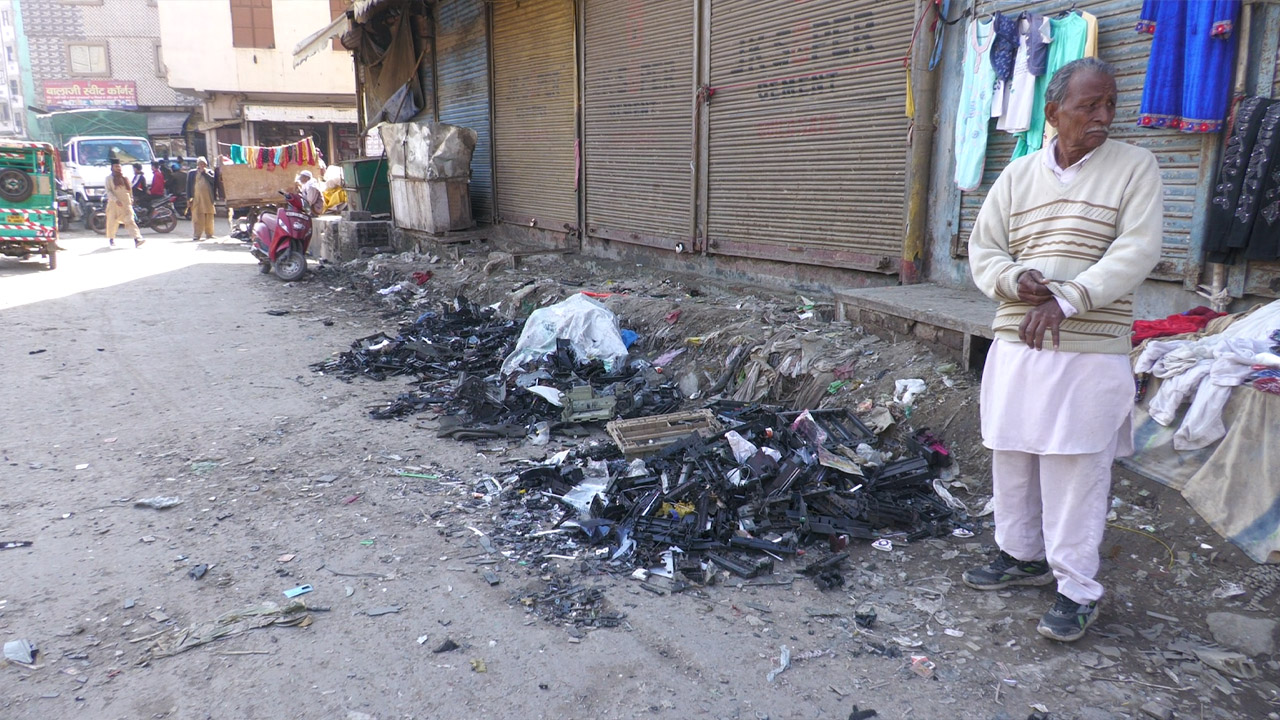 E-waste scattered on the sidewalk of a street in Seelampur, Delhi | Photo courtesy: The Probe

However, the biggest challenge remains the unavailability of reliable data on the actual amount of e-waste generated in the country. “We still don’t have data on the total state-wise waste generated in our country. We are supposed to have done an inventory, but that has not happened yet. If we get to know the sum total of the e-waste generated under different categories, we can better our recycling work, recover metals in an organised manner, and use the best recycling technology. It’s crucial for us to understand the numbers and economics of e-waste threadbare to even start solving the problem,” said Sinha.

Ineffective e-waste management in places like Seelampur has had an adverse impact on the people and the environment. While the government grapples with tackling the problem, many experts say that encouraging startups and entrepreneurs in the e-waste sector, training and bringing the informal workers under an organised, professional set up and working in tandem with the private players and stakeholders may help streamline the e-waste sector to a large extent.