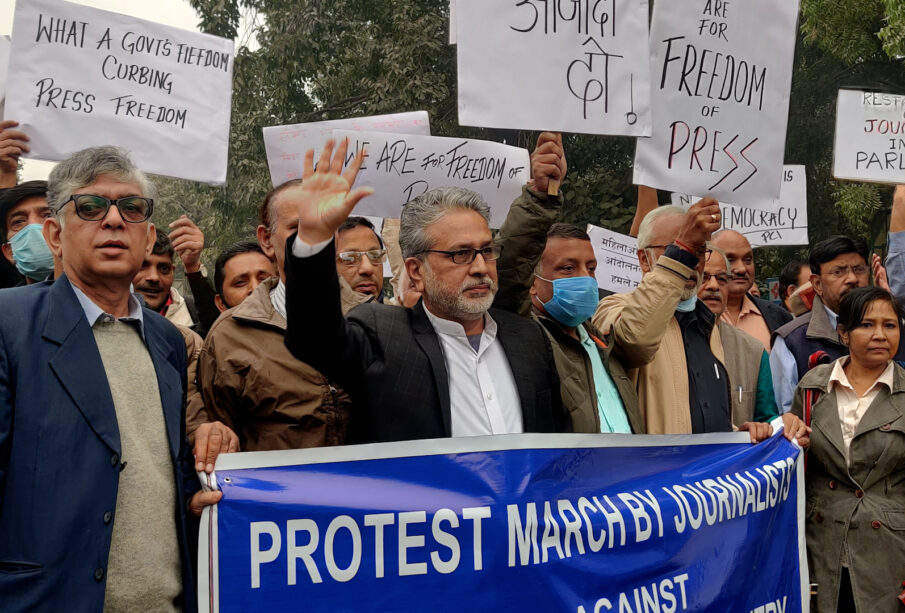 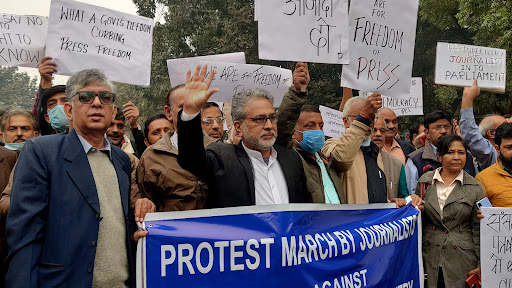 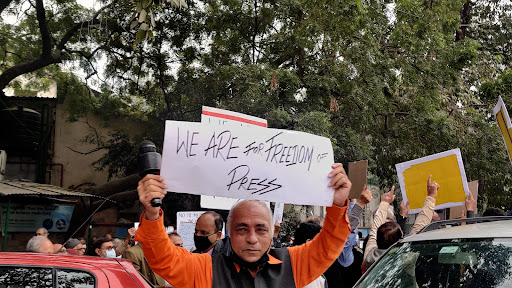 A journalist holds a placard at the protest march in front of the Press Club of India, New Delhi

The protests sparked off after a series of tweets were sent out by the official handle of the Press Club of India.

In the largest democracy of the world, the entry of journalists in the Parliament is regulated through “lottery system”. This seems to be a ploy to censor transmission of news and the information to people. This is a very dangerous trend in a parliamentary democracy like India

In a message sent out to senior journalists by the Press and Public Relations Wing of the Loksabha Secretariat, various curbs were detailed out. For instance, the government made it clear that only one pass each would be given to accredited newspapers. The message also stated that only 60 correspondents will be allowed inside the Lok Sabha Press Gallery on any given day of the sitting of the parliament.

It said that 11 seats (one each) will be reserved in the Press Gallery of Lok Sabha for official media and news agencies only and that the vehicles of media persons would not be allowed in Parliament House Complex during the period of the session. The government also said that the access of media persons to the Central Hall would remain suspended until further orders. This apart, the government imposed a whole lot of curbs related to media access and entry of journalists into the parliament. 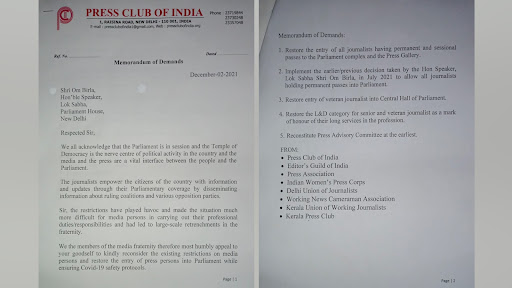 Apart from the issue of retrenchments, speaking to The Probe, many senior journalists complained that their PIB accreditation cards are not being renewed and there is a delayed renewal of parliament passes as well. Many others have said that the Press Council of India, which is the self regulatory watchdog of the press, still does not have a Chairman. Even the Press Advisory Committee, which used to be reconstituted at regular intervals earlier, is currently in a stagnant state as the committee is yet to be reconstituted by the government.

“The Press Information Bureau gives accreditation to journalists. Every year, they start this process by November. But till now, the process has not even started. When we ask them they say that we have not got the instructions from the government and we cannot start the process until we get a notification from the government,” said Jayashankar Gupta, President of the Press Association.

The journalists have also written to the government demanding the restoration of the entry of the L&D (Long and Distinguished) category of journalists into the parliament. Speaking to the protesting journalists, Umakant Lakhera, the President of PCI said, “They are our warriors. They are our senior journalists. We became journalists reading their writings. A veteran journalist who is 80-years-old… he went to renew his pass, but he was asked for documents. L&D category is the long and distinguished category. If there is a parliament session, the parliament secretariat should be grateful to that gentleman who even after crossing 80 years of age is coming to the temple of democracy”.

Another veteran journalist Qurban Ali said, “I have a Long and Distinguished category pass. But despite this today, I was denied entry into the parliament. Both the sessions of the parliament are in progress. But we can’t cover it. What kind of a democracy is this? What kind of an order is this? This is a dictatorship. Media is being imprisoned. This never happened even during the emergency”.

Though the government has maintained that the restrictions have been imposed keeping in mind Covid-19 and the safety and security of the journalists, many journalists feel that Covid-19 is being used as an excuse to impose restraints on the media. 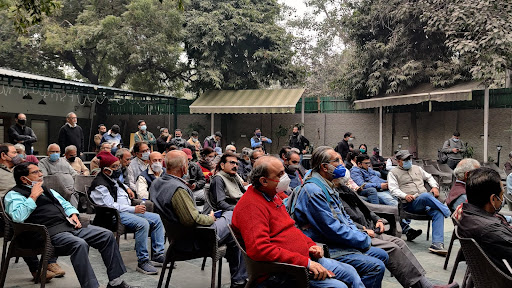 “It’s a government that escapes accountability. They don’t want curious, questioning journalists to be there where it really matters. They do not really recognise the very core, the values that parliamentary democracy stands for. It is our responsibility and the responsibility that we have for the generation that follows subsequently, that we stand up and fight for the rights of the media,” said Sanjay Kapoor, Secretary of the Editors Guild of India.

India ranks 142 amongst 180 countries of the world in the latest World Press Freedom Index released by the Reporters without Borders. The decision of the government to restrict media only makes it further difficult for media persons to carry out their duties especially when several media organisations have been alleging that dissenting media voices are being suppressed by the current establishment.

While most journalists associations are yet to take a final call on their future course of action, many leaders of these organisations confirmed to The Probe that in the coming days, a series of protests will be held to denounce the government’s decision to restrict media entry into the parliament.

If you like this story and if you appreciate our Ad-Free Independent Journalism platform, show us your support by becoming our Member. Our Journalism can only sustain itself and survive if well-meaning people like you pay for news. Click here to become our Member.
TagsEditors Guild of IndiaPCIPIBPress Club of Indiapress freedomUmakant Lakhera
Related articles More from author More from category
PrevNext