Subhash Chandra Bose: Why BJP and TMC should not appropriate the legacy of Netaji - The Probe

Subhash Chandra Bose: Why BJP and TMC should not appropriate the legacy of Netaji 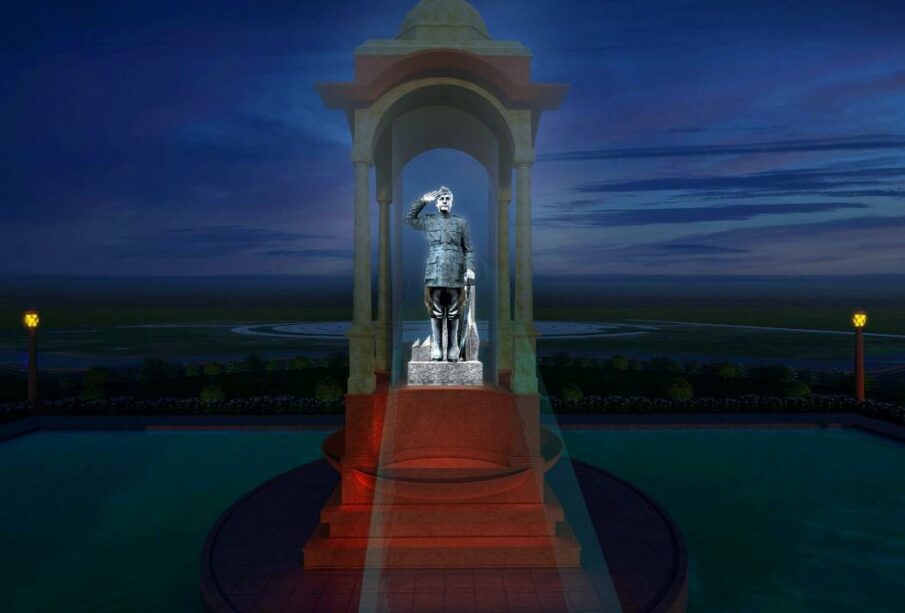 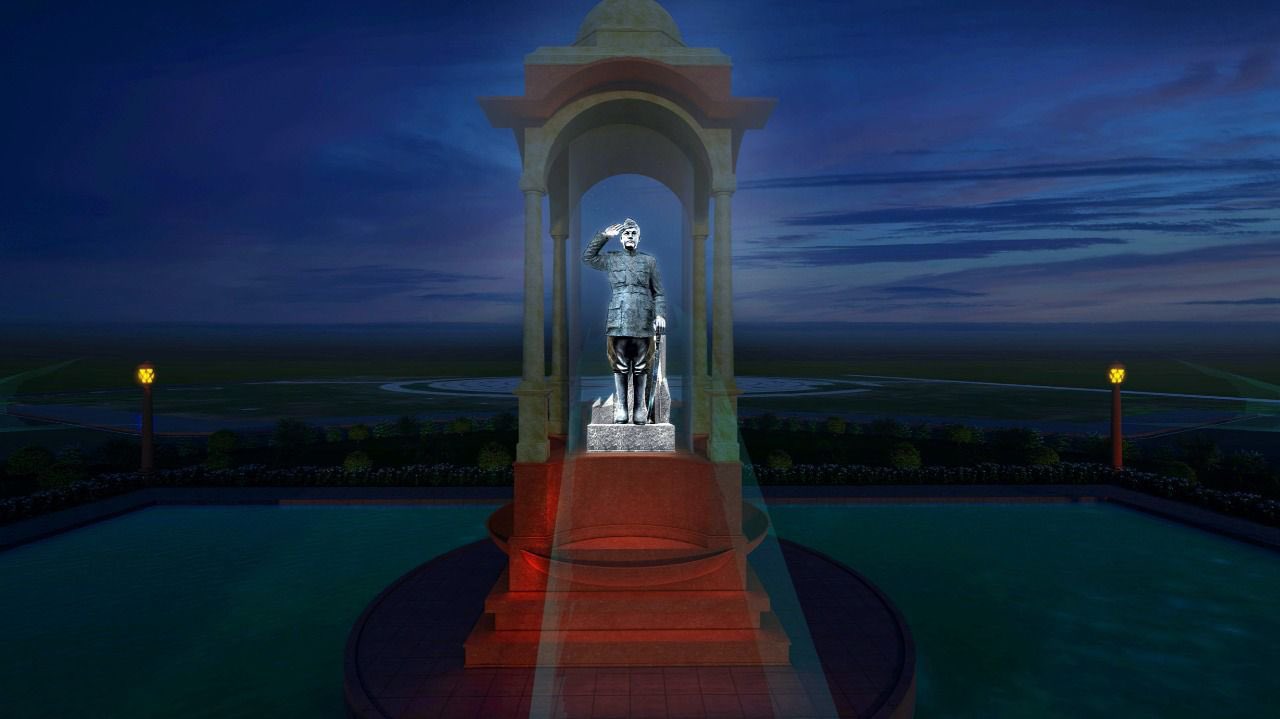 If only a 3D hologram could resurrect the flesh and blood image of a good-looking, spectacled, revolutionary and legend, that too in the capital’s India Gate, dressed in a brand-new whimsical fancy dress called the Capital Vista by the monarch of all he surveys, then holograms could actually replace real history.

For one, neither Prime Minister Narendra Modi, nor the RSS, can appropriate the legacy of this revolutionary and legend. And second, neither can the Congress, the Communists, or the Trinamool Congress in Bengal, usurp his memory as its sole intellectual property right. This is simply because Netaji Subhash Chandra Bose is beyond the realm of private property; he is past, future and contemporary at the same time. And as an inspirational icon, he stands far removed and more tangible than a ghostly, solitary hologram in an empty landscape littered with packets of uncle chips and plastic bottles around a rotting pond.

When a rightist organisation like the BJP seeks to appropriate Netaji, it is a very crude instrumental ‘Machiavellian’ political game that they are playing. They are trying to project Subhash Chandra Bose as someone opposed to Gandhi and Jawaharlal Nehru, which is not right.

Dr Avijit Pathak
Professor, The Centre for the Study of Social Systems

Bose is loved, admired and revered in Bengal, both east and west. His pictures would adorn the walls of every Bengali Bhadralok home along with Rabindranath Tagore, Ishwar Chandra Vidyasagar and Swami Vivekananda. Modi had to pay a heavy price in the Bengal assembly elections because Donald Trump so terribly mispronounced the name of Vivekananda, and that too in Gujarat which cared so little for this Bengal legend who stunned the Americans in Chicago with his beautiful speech and surprised the devout Hindus by saying that you can discover God in a football field.

Dr Avijit Pathak, Professor, The Centre for the Study of Social Systems says Bose’s legacy should not be appropriated | Video courtesy: The Probe team

The second mistake Modi made was when he allowed his followers to shout Jai Shri Ram while celebrating the legacy of Bose in Kolkata. An astute Mamata Banerjee was quick to usurp the moment; she took the microphone and declared that she would not deliver her speech because this was a total disrespect for Netaji. Modi kept mum.

Amit Shah later made the third mistake, in a state which has never accepted the rule by Delhi even during the Mughal period and which took on the British using both Goddess Kali and Karl Marx, when he declared pompously, trying the time-tested card of polarisation: “If we can’t take the name of Ram here, shall we take it in Pakistan?”

For all you know, like Bhagat Singh, Bose is a hero in Pakistan as much as he is in the rest of India. It is therefore not uncommon to find young boys named ‘Bose’ in South India. Hence, Bose cannot be appropriated by Modi or Bengal. A hologram will be what it is – a 3D apparition. This is because the legend and his memory, and the stories of his adventures seeking nothing but freedom for his people, transcends both mythology and history.

Lot of Bengali history of Netaji was also lopsided. It was based on subnational identity and uncritical hero worshipping. Netaji, despite his tremendous intellectual sharpness, honesty and patriotism, his alliance with the Nazi or the fascist forces, was absolutely lopsided. We must be able to critically analyse our great freedom fighters. Blind worshipping is not right.

Dr Avijit Pathak
Professor, The Centre for the Study of Social Systems

He broke all the rules. He was Cambridge-educated, a Civil Services topper who willfully rejected the power, privilege and pelf of the British Empire. He joined the freedom movement, went to jail, rose as high in stature as Jawaharlal Nehru, and he was twice elected President of the Congress and finally quit after he felt he was backstabbed by Gandhi. Then began his great journeys, which became the oral tradition in every household in India.

He escaped prison, crossed Afghanistan and beyond, travelled the world, made alliances with the Germans and the Japanese, set up the first all-women armed brigade and the headquarters of the Azad Hind Fauj in Singapore and then in Rangoon, almost captured Imphal with his rag-tag army, and raised the slogan which made the blood of every revolutionary surge in India: “Tum mujhe khoon do, main tumhe azadi doonga.”

In the essay, ‘India’s Untold War of Independence’, in The New Yorker (A Reporter At Large, July 23, 1997), Amitav Ghosh writes: “He believed that Britain’s enemies were his natural allies, and he had no qualms about seeking their help. The British, for their part, treated Bose with untiring, vengeful hostility, jailing him repeatedly. In January 1941, he slipped out of his Calcutta home in disguise and made his way across the Indian subcontinent to Afghanistan. He made approaches to the Soviet Union and, upon being rebuffed, travelled to Hitler’s Germany, in another vain attempt to garner support for India’s independence. His biographer, Leonard Gordon, said that Nazi Germany depressed him. At a solemn ceremony in Singapore’s Cathay Theatre, Bose took over the leadership of the Indian National Army. During the remaining 20 months of his life, he gave the army a new sense of purpose. On August 18, 1945, he died in a plane crash at Da Nang.”

The 2000 odd declassified files in Kolkata are a reassertion of vintage ‘Bose myths’. Between myth and reality, it is a heady synthesis: that his plane did not crash in Taipie (Taiwan), that he was not discovered in a Siberian prison, that Vijayalakshmi Pandit, Nehru’s illustrious sister, discovered him in Soviet Russia and wanted to announce it in a public function but her brother did not allow her to do so, that he resurfaced in all kinds of odd places, including as Gumnami Baba with flashing eyes in Faizabad in UP, and disappeared as mysteriously, and that he was very much alive and spotted at the funeral of Lal Bahadur Shastri in 1966. Besides, it has been repeated ad nauseum that the Gandhi dynasty was mortally afraid that he would make a grand comeback.

Like Bhagat Singh and other revolutionaries, Ashfaqullah Khan, Ramprasad Bismil, Khudiram Bose and Chandrashekhar Azad, among others, the BJP just cannot usurp the memory of Bose. First, like Tagore, he was a staunch internationalist, abhorred vulgar nationalism, disliked discrimination among communities, and was modern in his worldview. His commanders were Muslims and Hindus and so were the soldiers of his army, including the brave women with guns. His marriage to an Austrian woman, Emilie Schenkl, also stands testimony of his non-dogmatic way of life.

Besides, Bose would have hated the bigotry and illiteracy currently proving as the dominant narrative in India. He celebrated Urdu, which originated in the barracks of the Deccan, is a refined synthesis of many languages, and is a repository of the finest forms of literature, art and craft. The motto of his army consisted of three beautiful Urdu words: ‘Ittehad, Itmad aur Qurbani’ (Unity, Faith and Sacrifice).

Earlier, Bose had written: History will bear me out when I say that it is a misnomer to talk of Muslim rule when describing the political order in India prior to the advent of the British. Whether we talk of the Moghul emperors at Delhi or of the Muslim kings of Bengal, we shall find that in either case, the administration was run by Hindus and Muslims together, many of the prominent cabinet ministers and generals being Hindus.

Further, the consolidation of the Moghul empire in India was affected with the help of Hindu commanders-in-chief. The Commander-in-chief of Nawab Sirajjudola, whom the British fought at Plassey in 1757 and defeated, was a Hindu.

Hence, a hologram of a fighting legend, secular and radical, just cannot replace a great revolutionary legacy. No one can appropriate him. Neither his image nor his memory.