Taliban takeover of Afghanistan, UP elections and India’s foreign policy dilemmas - The Probe

Will the Indian government save its huge investments in Afghanistan and not be reduced into a non-entity in the region? Or, will it only choose to use the Taliban for its shallow ends in domestic politics, to win elections, and score brownie points by polarising on communal grounds through fake media narratives?
by Sanjay Kapoor
Columns 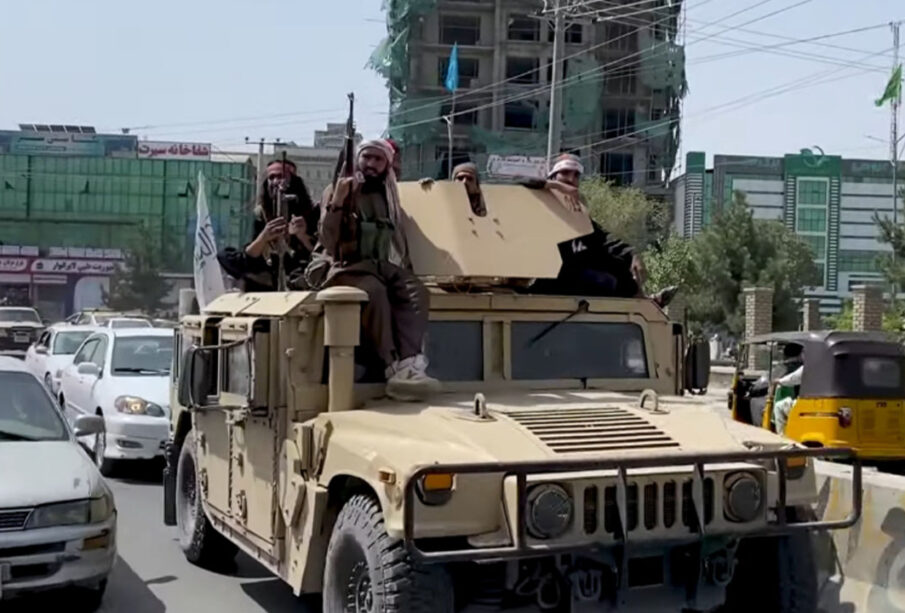 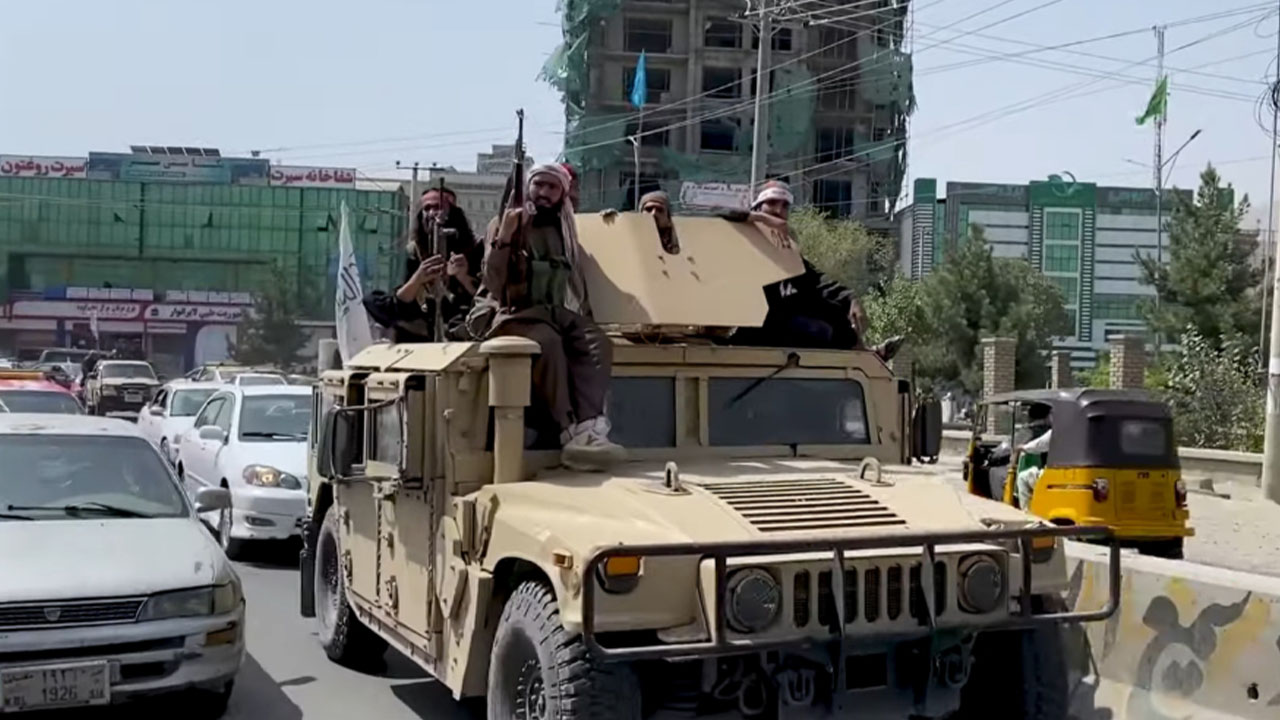 A few days after the Taliban militants stormed into a defenseless Afghan capital, Kabul, India reacted in its own, rather, predictable manner. New Delhi, which had been kept out of the loop by those countries that are actively negotiating with the Taliban, chose to be circumspect about the geopolitical blitz that the world was witnessing in Afghanistan.

Meanwhile, the BJP and its noisy front organizations hysterically attacked the ‘Islamic extremists’, the Taliban — as if they had entered India!

For most Indians, the triumph of the Taliban is an ‘internal issue’. However, it has disturbing, serious and long-term implications for our secular polity and foreign policy.

In the populous state of Uttar Pradesh, which goes to the polls next year, Chief Minister Yogi Adityanath promptly announced the setting up of an anti-terror police squad at Deoband, the town that nestles the famous Muslim seminary, originally known to be the ideological mentor to the Taliban. However, there have been no such ideological or material links found with Deoband for more than two decades now.

Though there is no threat coming from Taliban — who are unlikely to cross Pakistan and attack India — similar squads have also been reportedly constituted in other towns that have a large Muslim presence. Quite visibly, the sinister motive is to polarise Hindu votes in UP, using a fake narrative, through a mix of hate politics and sectarian phobia — showing the Muslim minority that reveres Deoband, as ‘somehow’ linked to the Taliban, which is projected to be violent, fanatic and anti-women.

Certain Indian TV channels, predictable as loyalist storm-troopers of this divisive mindset, have shown little of what’s happening on the ground in Afghanistan. They are instead showcasing how splendid a job the government in Delhi is doing by evacuating Indians and those of Indian descent. In fact, Prime Minister Narendra Modi has praised his own government for doing a remarkable job of pulling out Indians from a crisis.

However, tougher questions have remained unanswered. So what will India do with the huge investments that it has made in Afghanistan over the years?

India, for 20 years now, has been riding on the US intervention after 2001 to enter this land-locked country, with whom it has shared a border before it was partitioned in 1947. Interestingly, in 1915, Indian revolutionaries led by a maverick, King Mahendra Pratap Singh, had declared Kabul as the capital when they gave a call for freedom from the British. But those were different times.

Since independence, though, Afghanistan has always been romanticized in literature and history in post-independent India. There have been warm social bonding and reasonable trade relations between the two people. Afghans have been travelling to India for decades and they have been welcomed in the country. Many Indians have settled in Afghanistan and become Afghan citizens.

Rabindranath Tagore’s Kabuliwala, both the book and the film, in Bengali and Hindi, remains a deeply felt and emotionally embedded classic in the Indian consciousness. In recent years, many Afghans have found a home in India, including in Delhi, where the areas they have opened shops and food joints are named after them. Indians have always shared a welcoming and cordial social space with the usually warm, well-meaning and big-hearted Afghans.

India has spent $3 billion on crucial development work in Afghanistan, including building the country’s new Parliament. India constructed the Zaranj-Delaram highway that was to connect the ancient city of Herat with Gandhar. India envisaged linking this route with its larger connectivity project from the port city of Chabahar in Iran. This project was meant to help India side-step Pakistan, which has been preventing it from accessing Central Asia after the British colonialists partitioned the sub-continent.

The Chabahar port was meant to provide India, land access to Afghanistan, and, further, to the land-locked countries of Central Asia. Now, that grand plan has been short-circuited by the takeover of Afghanistan by the Taliban. India has no option left; it has to realign the project, or, dump it.

As India does not share any border with Afghanistan, it has always been a worry on how it will save its investments there if a hostile government takes over. Besides, Pakistan has always been deeply suspicious of New Delhi’s investments and saw in them an attempt to militarily sandwich them from both sides.

Every time the US sought Pakistan’s help to find a solution to the volatile situation in Afghanistan, they would put the blame on India. The military leadership in Pakistan wanted a friendly government in Afghanistan to attain strategic depth, which means freedom for the Pakistan government to move with its assets to Afghanistan if they happen to lose a strategic conflict to India — like they did in 1971, which was a huge and tangible loss.

In fact, historians like William Dalrymple have linked the instability in Afghanistan to the irreconcilable differences between India and Pakistan over Kashmir. The belief is that till the ‘threat of war’ between the two countries over Kashmir does not end, there will always be problems in Afghanistan.

This thesis is questionable, but the US government ended up lending credibility to it as it crafted its military plans to draw down its troops and thereby abruptly leave Afghanistan, scarred by tragedy, and gripped with huge turmoil and uncertainty. The fact is, in the last few years, the US has given Pakistan clear guarantees that its borders with India would remain quiet if it re-deployed its army on the Afghan side — so as to prevent the armed militants of the Haqqani network, located in the Pakistani city of Quetta, to cross over.

The Taliban fighters have been trained in Pakistan and Afghanistan’s former presidents, Hamid Karzai and Ashraf Ghani, have always blamed the Pakistani army for de-stabilising their country. Despite the US resorting to all sorts of jugglery, ironically, the Haqqani network is now part of the ruling dispensation in Kabul and Karzai was seen negotiating with one of the sons of the notorious warlord family.

Whatever the truth may be, the manner in which the Taliban took over Afghanistan, clearly shows that the US not just kept them alive, but actually gave them the legitimacy so as to engage with them in the future. This is as clear as daylight.

The Taliban was funded through proceeds from opium, which is grown and produced in Afghanistan. The country was effectively under the control of the western powers for the last 20 years. The area that has the best quality of opium, Helmand, was under British control till 2014. Thereafter, the US army controlled the area.

So, how did the Taliban benefit from the copious funds from narcotics if it was not directed by those who ruled Afghanistan in the last 20 years?

THE US GOVERNMENT claims that it spent one trillion dollars in the Afghanistan war. This is a lot of hogwash!

Pakistani army officials have mocked the hegemonic ‘global super power’ for not being able to control the rag-tag army of the Taliban when they could basically control their shaky frontiers with very little resources. Sometimes, it seemed like a ‘Potemkin War’ as the UK or the US did not lose a single soldier after 2014! In all, the US army lost 2,300 men compared to 70,000 Afghans who were killed in the war.

A recent report in an American magazine based on the experience of an US soldier — who heard the chatter of Taliban militants — suggests that sophisticated American Air Force was basically killing local people without winning any territory. Thus, it is easy to draw the inference that the US kept alive the ‘idea of threat’ even at places it did not exist.

In some ways, the speedy drawdown of the US troops began after former president Donald Trump’s emissary, Zalmay Khalilzad, signed the deal with the Taliban in Doha, Qatar. President Joe Biden has claimed that what his administration is basically doing is respecting that agreement.

This admission bears out reports from Kabul that the Taliban has been working very closely with the US army. That is one of the reasons why the Americans left so much of ‘hardware’ for the Taliban, and the Afghan defense forces, trained by them, did not challenge the Taliban. Latest reports from Kabul suggest that ten days before August 15, the governors of Ghazni, Herat, Uruzgan, Jalalabad, Paktia and Nooristan quit their posts and made good their escape. All of them fled.

The big question is, who ordered it? Ashraf Ghani, under American instructions?

These uncanny revelations gravely suggest that there was far more to the deal that was signed between the US and the Taliban than the world knows about it!

Biden is in an embarrassing situation due to the terribly messy scenario in Afghanistan that undoes the gains of the last 20 years. The Kabul airport bombings have reportedly killed 200 plus people, including Afghans and 13 American marines; both Democrats and Republicans are up in arms against the President calling it a colossal failure. Trump has asked Biden to quit!

With his ratings sharply dipping below 50 per cent, and under severe pressure to sort out the Afghan mess quickly and effectively, there is a strong possibility of Washington requesting Russia and China to step in to stabilise the country ravaged by war, anarchy and lack of development. Both these countries have good ties with Pakistan, which could emerge as the new ‘influencer’ in the Central Asian region.

The moot question, however, remains.

What will the Indian government in Delhi do in this shifting, delicate and volatile strategic scenario?

Indeed, will it find an authentic and credible foreign policy initiative — being a big neighbour in the vicinity, as in the past?

Will it negotiate to save its considerable investments and build on its goodwill? Will it be reduced to a non-entity in the region?

Or, will it, instead, choose to use Taliban for its shallow ends in domestic politics, to win elections, and score brownie points by polarising on communal grounds through fake media narratives?

If you like this story and if you appreciate our Ad-Free Independent Journalism platform, show us your support by becoming our Member. Our Journalism can only sustain itself and survive if well-meaning people like you pay for news. Click here to become our Member.
TagsAfghanistanIndiaTalibanUS soldierZalmay Khalilzad
Related articles More from author More from category
PrevNext