The dangers of private monopolies controlling infrastructure facilities: Adani Ports, a case in point - The Probe 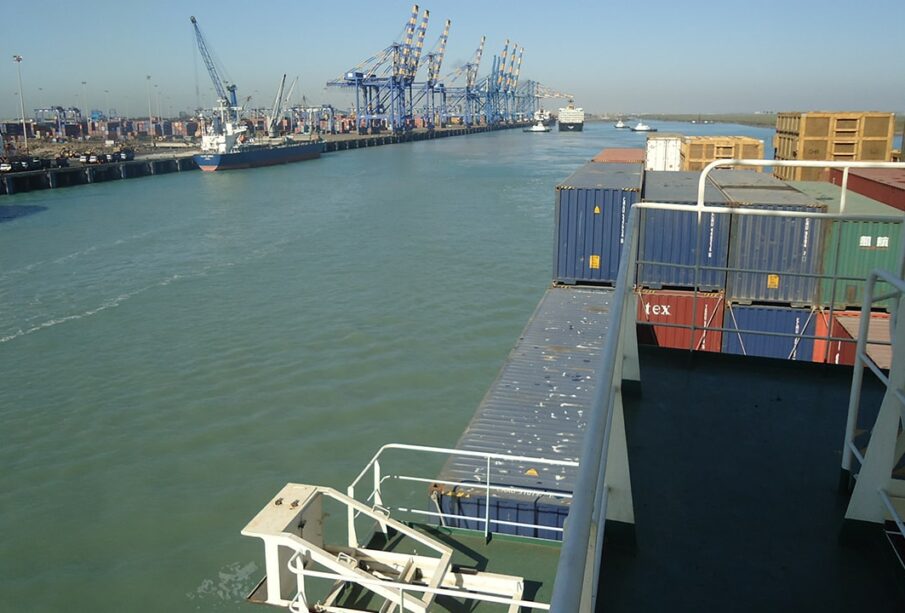 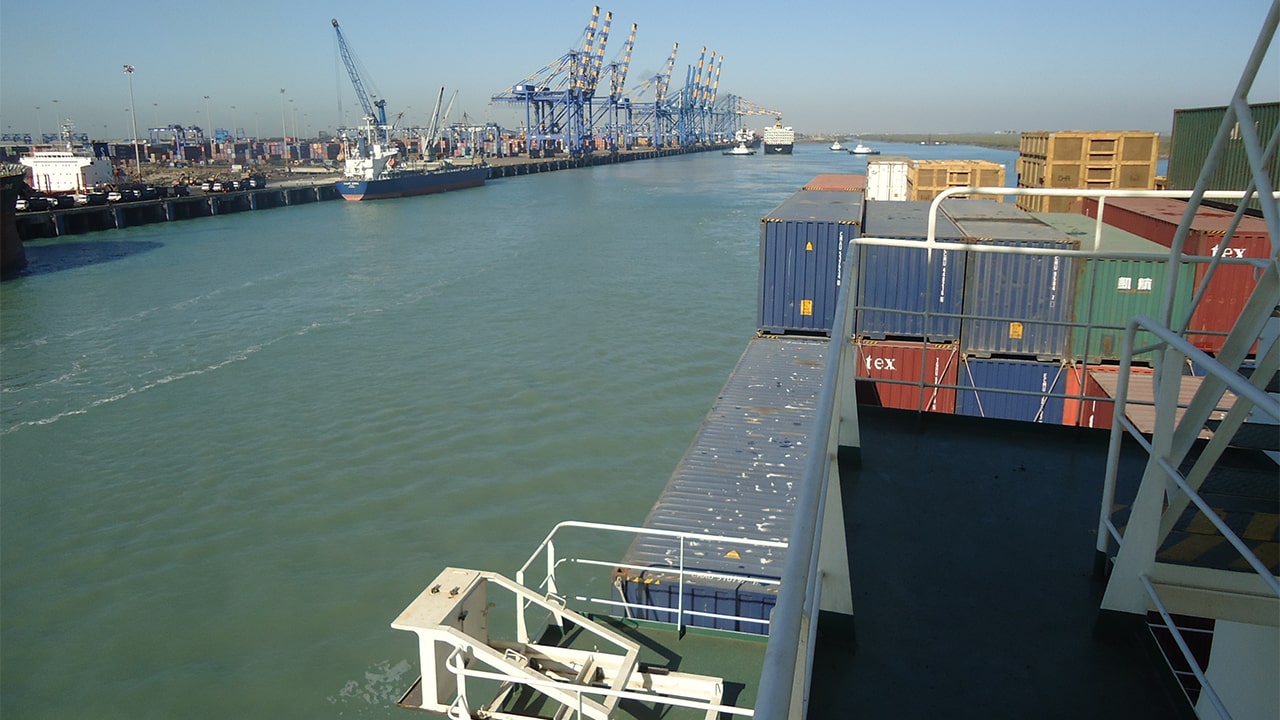 The drug seizure on 16 September by the Directorate of Revenue Intelligence (DRI) at Gujarat’s Mundra Port was one of the largest seizures of contraband in the world. The DRI had impounded 2988.2 kg of heroin from two shipping containers that arrived from Iran.

Initially, the illegal consignment was estimated to be worth around half a billion dollars, but was later said to be worth five times more at approximately $2.7 billion in the international market. The consignment is believed to have originated from Afghanistan and was shipped to India from the Bandar Abbas port in Iran. The Mundra Port is owned and operated by Adani Ports and Special Economic Zones Limited (APSEZ), a flagship company of the Adani Group headed by Gautam Adani, the second richest man in India.

Within a few days, government investigating agencies found that the cargo had been imported in the name of a fictitious company registered in Andhra Pradesh; the company has done no business or transaction after its incorporation. The directors of the company and a third person who is believed to be an intermediary were arrested. Subsequently, many more persons were arrested by the DRI, including four reported Afghan nationals and one national from Uzbekistan.

After news of the seizure broke, several questions were raised about the potential involvement of the port operator APSEZ. The opposition leaders spoke about another consignment of 2500 tons that had entered India from the same port in June. Parties opposing the BJP asked why the drug related seizures were happening in Adani-owned Mundra Ports in Kutch. Adani is perceived to be close to Prime Minister Narendra Modi.

While allegations were flying thick and fast, APSEZ issued a media statement, to clear the air. It read: “On 16 Sep 2021, a joint operation by the DRI and Customs unearthed a large cache of contraband heroin from two containers from Afghanistan that had arrived at the Mundra International Container Terminal (MICT), Mundra Port. We thank and congratulate the DRI & Customs teams for seizing the illegal drugs and apprehending the accused.”

The statement further read: “The law empowers the Government of India’s competent authorities such as the Customs and the DRI to open, examine and seize the unlawful cargo. No port operator across the country can examine a container. Their role is limited to running the port.”

“We sincerely hope that this statement will put to rest the motivated, malicious and false propaganda being run on social media against the Adani Group. APSEZ is a port operator providing services to shipping lines. We have no policing authority over the containers or the millions of tonnes of cargo that pass through the terminals in Mundra or any of our ports.”

Soon afterwards, the investigation into the case was taken out of the hands of the DRI. On 6 October, India’s National Investigation Agency (NIA) – that handles terrorism cases – took over the investigation. “Given that the drugs originated from Afghanistan where the Taliban are ruling now, there is an angle of narco-terrorism linked to the whole affair,” an unnamed official of the Ministry of Home Affairs was quoted as saying.

The official reportedly added that the case has international ramifications and that is why it has been given to the NIA. The NIA also registered a case under the NDPS Act, as well as under the Unlawful Activities Prevention Act.

But what happened next raised a lot of eyebrows. On October 11, without citing any particular reason, APSEZ issued a “trade advisory” to “concerned stakeholders” that “all terminals operated by (Adani Ports) and including third party terminals at any (company) port” would not handle export/import container cargos from Pakistan, Afghanistan and Iran, starting from 15 November, till further notice.

Soon, there were media reports that the private port operator had not consulted the Ministry of External Affairs before stopping trade with the three countries. And, it is not clear whether Adani informed the Ministry of Ports, Shipping and Waterways of its decision.

Iran lodged a strong protest at the government level on APSEZ’s trade advisory. On 13 October, the heads of the narcotics control agencies of India and Iran met online. After the meeting, India’s Narcotics Control Bureau (NCB) Tweeted from its official handle: “Both the countries committed for increased cooperation in the future, especially in the fight against influx of Heroin and Methamphetamine.”

The Iranian Embassy in New Delhi also Tweeted: “Iran – as the country which has suffered from many trade restrictions and unjust sanctions for more than 40 years and as the champion whose sincere efforts and sacrifices in fighting all the said devils has been praised by the United Nations – is once again being targeted unfairly through denial of trade and banning its consignments as an unprofessional and imbalanced move!”

APSEZ controls 13 port terminals along the western and eastern coastlines of India, which account for roughly a quarter of the country’s total container port capacity. The company’s decision raises an important question: Can a private company unilaterally decide to stop imports/exports from/to another country through the ports it operates?

Business Standard, in its editorial comment on 19 October clarifies this question. It explained: “Only government agencies such as the Directorate General of Foreign Trade, the customs department, or the shipping ministry are entitled to take such a decision. The fact that no government agency, let alone any minister, has sought to contradict this announcement is unusual.”

The publication added that the “official silence” on the issue is “all the more eyebrow-raising” because Iran and India enjoy cordial relations. “More than anything else this episode offers a disturbing precedent of the powers that private sector infrastructure players can potentially wield over national policy,” the financial daily contended.

The decision of APSEZ has implications not just for international relations but also impinges on the country’s export competitiveness, the newspaper wrote. Diverting shipments bound for Iran, for instance, to, say, the government-owned Jawaharlal Nehru Port Trust, would increase export costs as much as 20 per cent and this had the potential to hurt foreign trade as Iran is a major buyer of agricultural products from India.

The Adani Group not only owns the largest private port network in India but is also one of the country’s largest private airport operators and has a major presence in the power sector. The issue also transcends the monopoly power of one corporate conglomerate. Adani has described its decision as having been taken in the “national interest”. This may seem unexceptionable. “But, in a democracy, questions of national interest are best left to elected representatives, not to the subjective decisions of business groups,” the publication commented.

It is in this context that many in India and elsewhere have vehemently opposed the creation and sustenance of private monopolies that control infrastructure facilities, which are of national significance.