The importance of goodwill in Journalism - The Probe

Every time I didn’t rush to print, people’s trust and goodwill towards me grew.
by Chitra Subramaniam
Columns 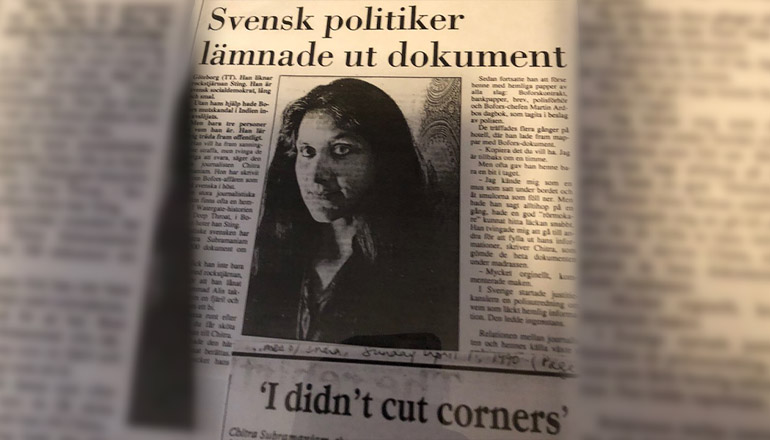 Stuck in downtown Sarajevo after night curfew hours had kicked in is probably the scariest thing I have done as a journalist. Along with two other colleagues – one from Croatia and the other from Switzerland – we were so busy chasing stories we didn’t see time pass and just about made it to the point where our hosts were to pick us up. They had left. Our Swiss colleague couldn’t find the emergency number of our host agency. I cursed her and thought of my children. The infamous Sniper’s Alley was just a few blocks away, gunfire was all around and it was freezing cold. Towards midnight our hosts who travelled in easily identifiable international aid jeeps came looking for us. They were polite and had carried soup and blankets with them. We felt ashamed.

One of the nicest parts of my work in Journalism is the Bofors investigation in Sweden, Switzerland and India that led to the electoral defeat of former Indian Prime Minister Rajiv Gandhi. While India sits on the boxes with hundreds of secret bank documents they got in 1997, that ten-year investigation and court battles contributed to change in Swiss laws in matters of international criminal assistance to countries around the world. Covering the Uruguay Round of trade talks and the Comprehensive Test Ban Treaty (CTBT) – both in Geneva – are also high up there with reportage that marked me.  If India walking out of the CTBT left the self appointed keepers of global military order fuming, New Delhi’s decision to become a nuclear weapons country raised the stakes all around. However, India’s show of strength in arms control was not matched by its performance in trade. When the General Agreement on Tariffs and Trade (GATT) became the World Trade Organisation (WTO) at the turn of the century, India caved in to a host of demands from the West, in particular from the United States and the European Union (EU). The price of that surrender will be paid for generations.

In fact the vaccine war is the latest avatar of abject surrender in TRIPS (Trade-Related Aspects of Intellectual Property Rights). Think about it when leaders talk about empathy and solidarity and how no one should be left behind. Think about it when countries move away from multilateralism to bilateral winners taking away all the deals. The high priests of multilateralism are shunning it today turning inwards.

If there’s one thing that has stood me in good stead in over 30 years of Journalism, I believe it is goodwill. I have sat in rooms with crooks and criminals, arms dealers and corrupt politicians.

I have worked with diplomats, been one myself, written speeches for heads of state and governments, have seen treaties develop and watched them being adopted and worked with an aid agency in Jordan receiving refugees fleeing the first Gulf War. Trust me when I say this – even today I approach every piece I write or conversation I assist in as if it were the first time. You are only as good as the last piece you wrote. Yes, experience and domain knowledge matter but they cannot become blinders. I also tell people I work with, that it is important for journalists to cultivate naiveté. The other side is to become cynical and cynicism has no place in Journalism. What is the point of being a journalist if you don’t add value to a subject?

An international arms dealer was one of my sources in Bofors. He was in it for the money. Politicians need people like us to blame when they are caught. We have no issues with that as long as we can sell armaments. An omerta bound them to their work and sets. They didn’t lie to each other.

I learnt about liars and how they operate. Typically, a liar will deny what has not been said or proposed. A liar will also offer extraneous information when a yes or no would suffice. Liars also talk nineteen to a dozen and your silence will frustrate them. You need goodwill to get information in good and difficult situations.

Goodwill. You cannot quantify it but you will feel its absence when it doesn’t exist. Chances are, you’ll also know why it disappeared including the role you may have played in destroying goodwill and its corollary, trust. It takes time – a lot of time – for whistle-blowers and others to begin trusting a journalist. One wrong move and everything can come crashing down. In my experience that wrong move comes typically when the journalist becomes the story unable to tell the difference between plants and propaganda.

Or when the journalist shoots from the shoulders of colleagues without sharing all the information with the colleague. Such irresponsible moves not only endanger sources, they also kill the story.

Journalism has taught me many things including life’s lessons. This much is certain. Whether you’re working on a major story or a regular beat piece, the law of the land may differ, but rules of the game don’t change. You cannot be a good journalist if your basics are wrong. By basics I mean basic manners. If you are ill-mannered and possess a foul tongue, encourage loose-talk, reveal drawing room conversations and spread rumours, then Journalism is not for you. Neither is it something for people seeking instant fame or recognition. But, if you see Journalism as a service, a public good that can build responsive and responsible communities, take the plunge with humility wrapped in courage.

There is no other metier in the world that teaches you as much in such a short period of time. From meeting new people to dealing with difficult situations, from witnessing ego battles to personal ambitions. Almost every day is new and affords splendid opportunities for growth and knowledge if you have the right attitude of which humility is a big part.  To witness this unfolding of events and generation of knowledge, you have to keep your feet firmly on the ground, ignore breathless flattery, know when to ask questions and when to remain silent, when to ignore provocation and when to write your piece. This becomes second nature if you train well or have a mentor.

Sharp reporters share some common traits that include curiosity, hard work, patience, intellectual stamina, faith in one’s work and the capacity to remain silent till all the facts have been checked. Every time I didn’t rush to print, people’s trust and goodwill towards me grew. Journalists attract goodwill when they allow sources to feel comfortable, give them space. Good journalists also have tremendous goodwill towards fools – I see foolish people as critical to keeping the machinery (governments) at work. They play an important role in diverting attention away from reality. This was a major learning for me when I was reporting the Bofors-India howitzer scandal. I was struck by how much goodwill there was between fools in New Delhi, Geneva and Stockholm providing some comic relief to the long hours of work. Goodwill as a preventive firewall also helped me not jump to conclusions. I wasn’t trying to fool anyone. I was just trying to understand why others were trying to fool me. In that exercise were precious leads.

Reading. Read everything you can lay your hands on – the late H.Y Sarada Prasad (Ms. Indira Gandhi’s top media person) and my professor at the Indian Institute of Mass Communication (IIMC) – urged his students. I read everything I can lay my hands on including flyers and promotional materials. Professor Elie Abel at Stanford told me I could be a full-time nuisance when I decided to pursue something. Tenacious, he meant. A few weeks ago, Sten Lindström, my principal source in Sweden when I was investigating Bofors told me just that. “You were a polite and patient pain,” he said. 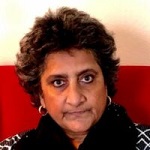 If you like this story and if you appreciate our Ad-Free Independent Journalism platform, show us your support by becoming our Member. Our Journalism can only sustain itself and survive if well-meaning people like you pay for news. Click here to become our Member.
TagsBoforsChitra SubramaniamIndiaInvestigative journalismLife lessonsRajiv GandhiSten LindströmWTO
Related articles More from author More from category
PrevNext