The Probe Impact: Will provide compensation under Central Act, Collector tells The Probe

While Bashir Ahmad Bhat may get compensation under the Central Act, The Probe learns that many farmers are yet to get compensation for their government-acquired lands.
by Raja Muzaffar Bhat
ImpactStories 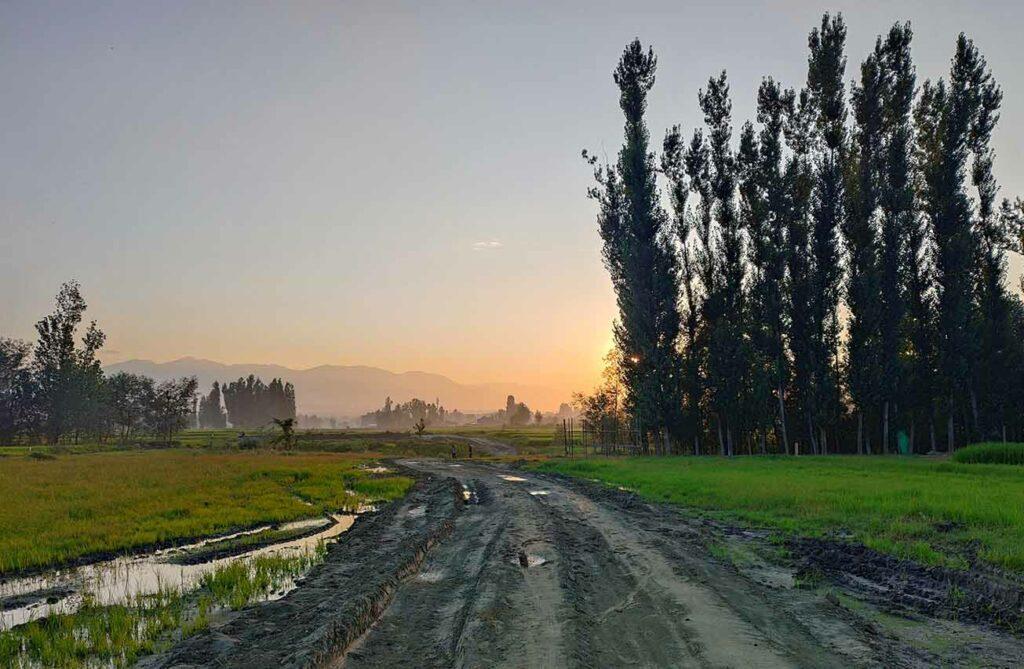 On August 5, The Probe reported the story of Bashir Ahmed Bhat, whose land was acquired by the Power Department to construct a power grid station in the New Theed area of Srinagar. Basir and his family told The Probe that the government forcibly acquired their land, and they were being compensated without invoking the central land rules.

Even after the abrogation of Article 370 in August 2019, many central rules were still not enforced in Jammu and Kashmir. Under the Central Act – The Right to Fair Compensation and Transparency in Land Acquisition, Rehabilitation and Resettlement Act, 2013 – Bashir and his family were entitled to a larger compensation for the land the government acquired.

Following The Probe’s story on the forcible land acquisition, the Land Acquisition Collector of Srinagar assured us that the government was ready to reassess the compensation to Basheer Ahmed Bhat under the Central Act. “Previously, there was no clarity about this new Act (LARR Act 2013) and its applicability, but now the government has instructed all the land acquisition collectors across J&K to ensure all the new land acquisition proceedings are undertaken under LARR Act, 2013. We were confused in the past, but now it is clear, and we will invoke the central land acquisition law to make payments to the affected landowners,” said SS Bali, Collector, Land Acquisition, Power Development Department, Srinagar.

Speaking to The Probe, Bashir’s son Irfan Hashim said, “I am very happy that the government has now agreed to provide us fair compensation, but my request is that the compensation must be calculated appropriately. The compensation is being made as per the stamp rate of the area with 100 per cent solatium, but this is not the way to calculate it. The collector and the revenue officials must study the Central Act properly and then calculate the compensation. Our land has commercial value, and that should be taken into consideration. More training is needed for revenue officers in J&K on the LARR Act 2013. J&K Govt must consult other states on this if the confusion persists”.

Last year, when we met S.S Bali in his office in Srinagar, he was reluctant to invoke the LARR Act 2013 and pay compensation to another aggrieved family from Srinagar whose land was also encroached by the Power Development Department in Chatterhama village in Hazratbal tehsil of Srinagar. The affected family has been in touch with us for almost three years, and their land was acquired to construct a huge power transmission project called Alesteng – Mir Bazar transmission line.

“One of the towers was constructed on my land without seeking my consent around three years back. The 220 KV double circuit transmission line has already been laid, and this also passes through 8½ acres of my land estate, which disfigured and devalued the entire property. My family and I live in Mumbai, and taking advantage of that, the power department officials came and constructed a huge tower and laid the transmission cables. Like many others, we are also being deprived of adequate compensation. This is simply an act of aggression,” said Sami Ara, the land owner. 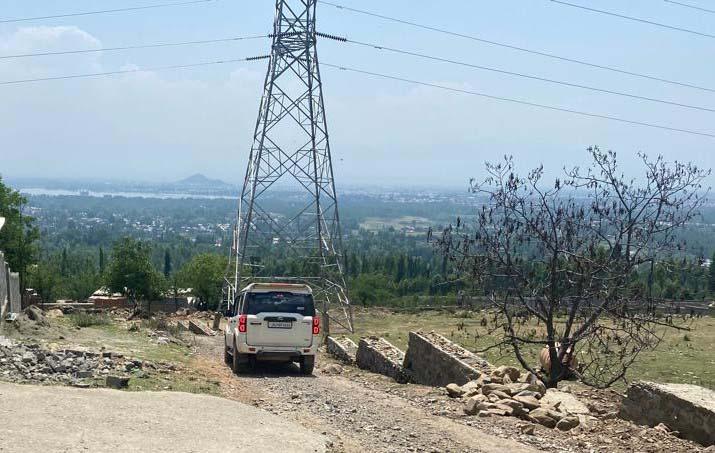 When we told Sami Ara that the Collector, Land Acquisition of the Power Development Department of Srinagar was now ready to reassess all these lands under the LARR Act 2013, she said that her case was in J&K High Court and she would wait for the court’s verdict on the matter.

52-year-old Gulzar Ahmad Akhoon is a farmer from central Kashmir’s Budgam district. He lost his entire land to the government. Until two years ago, he would grow paddy and mustard on his land and survive through his farm revenues.

Gulzar owned four kanals of land (half an acre) at Wathoora village in Budgam district. The land came under the alignment of the Srinagar Ring Road project, and a declaration under section 6 of the erstwhile J&K Land Acquisition Act 2019 was issued in August 2017 through the Collector Land Acquisition, Budgam, to acquire his land.

As per section 11-B of the J&K Land Acquisition Act, 1934 (samvat 1990) (now repealed), the awards (payment of compensation) are to be made within two years from the issuance of section 6 notification (declaration). This provision was present in the erstwhile Land Acquisition of 1894, and the LARR Act, 2013 also has a similar condition. Around July 2019, Gulzar was supposed to get the compensation, but he and many other farmers whose lands had been forcibly acquired have still not been paid any compensation.

The letter reads: “The land acquisition matters of villages detailed at (a) of the communication are to be initiated afresh as per the Right to Fair Compensation and Transparency in Land Acquisition Rehabilitation and Resettlement Act 2013.”

But instead of invoking the LARR Act 2013, the government, on 13 August 2020, issued a communication from the office of Financial Commissioner Revenue, conveying to the Divisional Commissioner approval for the rates (awards) for several villages in Budgam, including Wathoora. This was done after three years lapsed, which was deemed illegal as per the government rules. It was contested before J&K High Court by Gulzar and many farmers from Wathoora and other villages in 2020.

The J&K High Court gave an interim order in 2021 wherein the government was directed to maintain the status quo in Wathoora. This was set aside in March this year by another high court order, but the order was for those areas where people had been given compensation. The government started work following the order. Trees were axed & crops destroyed, including Gulzar’s mustard crop on four kanals of his land.

“I sold my house for Rs 56 lakhs to purchase this piece of land. I gave Rs 56 lakhs as advance payment and have to pay another Rs 84 lakhs by August 20, 2022. I lost my four kanals of land now. I was also forced to take back my case from the high court and pressured to accept the money given to me under the old rules. I did agree out of helplessness, but now I am being told that the treasury has been dry since May. Where has the money gone? I am accepting meagre compensation, which is three to four times less than the market rate of my land, and now they are not even giving me that. I am frustrated, and if this continues, we farmers have no other option but to commit suicide,” said Gulzar Ahmad, speaking to The Probe.

Gulzar Ahmad or Sami Ara’s stories are not one-off cases. More than 800 central laws have been made applicable in Jammu and Kashmir after the special status of J&K was revoked, but our investigations have revealed that the J&K administration is yet to invoke the central rules in many cases.