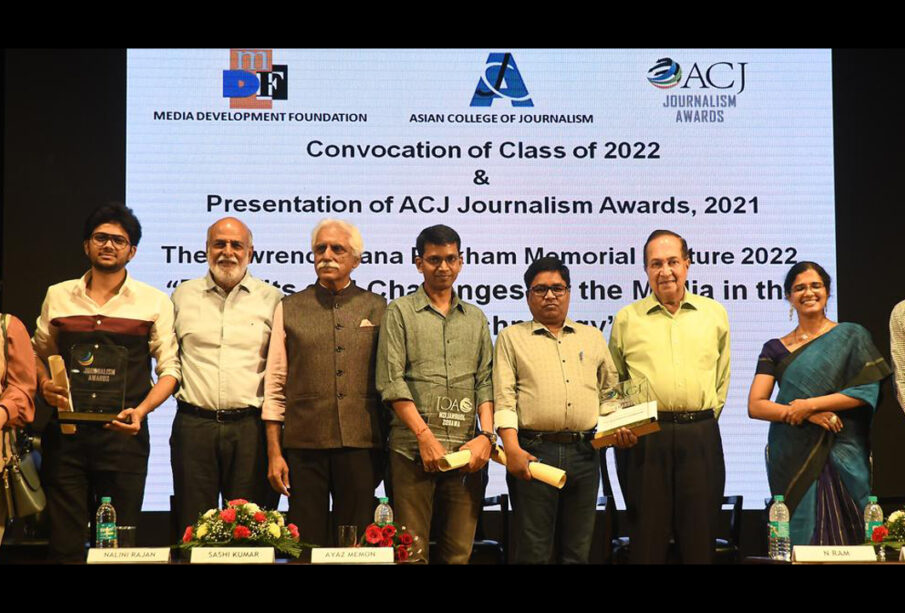 The Probe’s winning entry is a documentary film produced by the team on the plight of manual scavengers in the country. The story is an account of the lives and deaths of manual scavengers and an investigation into the claim by the Union Minister of Social Justice that there were no deaths in India due to manual scavenging. The impactful report repudiates official statistics that deny manual scavenging-related deaths through a disingenuous turn of phrase.

The ACJ Awards Committee received 177 entries in the Social Impact Journalism category. The entries came in 11 languages from over 55 news organisations across the country as well as from independent / freelance journalists.

The winning entry of the Indian Express was a story titled ‘Ayodhya land deals’ that investigates the wrongdoings of families of public officials who bought land after the apex court verdict, all within a 5 km radius of the Ram temple site.

The final jury comprising Ayaz Memon (Chairperson), Swapna Sundar and Harsha Subramaniam chose the winners from the shortlisted entries in both categories.