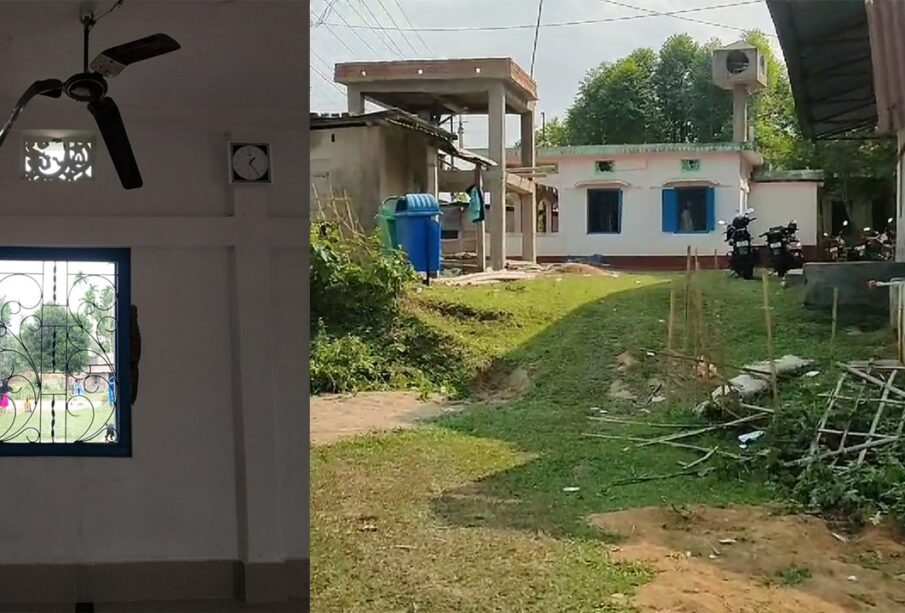 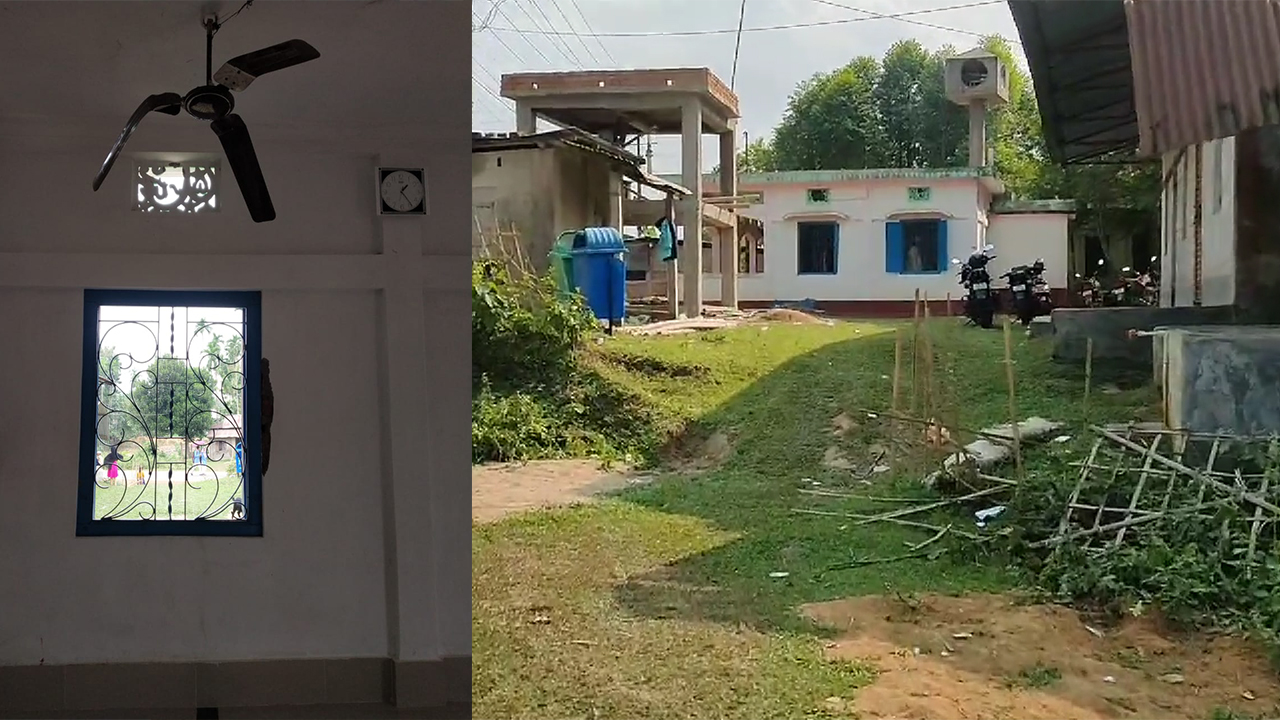 The Editors Guild of India, in its fact-finding report on the Tripura violence has claimed that the Biplab Deb-led BJP dispensation in Tripura was using a carrot and stick policy to control the media in the state. The carrot was the monetary incentives that the government claimed they were extending to the media and the stick was the threat of FIRs, including charging the media personnel under the draconian UAPA, which gives the police not only the power to arrest but also to award severe penalties without the arbitration of the judiciary.

The report stated that the Tripura police and the administration displayed a lack of professionalism and integrity in dealing with the communal conflict and with those reporting on the issue.

During the visit, the team met with journalists, representatives of the state government, the Chief Minister, DGP, lawyers and civil society activists. While the fact-finding mission did not visit the exact spots where incidents related to the communal violence had taken place, the team met with local and national journalists who shared images, videos and their articles related to their reportage of the communal violence and the curbs on the media that ensued.

Recounting the genesis of the crisis, a senior journalist told the fact-finding team that the trouble had begun after a series of protest rallies were taken out by Hindutva outfits from October 21 against attacks on some Durga Puja pandals in Bangladesh on October 15. October 22 onwards, rumours began to circulate from unestablished sources that Hindu temples and images of Hindu gods were being desecrated at various places in Tripura. On October 26, these organisations took out another rally with provocative slogans and then some of the protestors allegedly attacked some mosques. An Agartala based journalist interviewed by the EGI team had stated that he had seen three mosques with varying degree of damages and he had confirmed from local district journalists about damages to more mosques.

According to the report, the Tripura police continued to maintain their narrative that ‘no used mosques’ were attacked and that only abandoned mosques had some damages done to them. The team stated in their report that the DGP had spent a considerable amount of time with the EGI journalists telling them that the reporters must learn the difference between a prayer hall and a mosque.

The fact finding team in their report stated: “The communal incidents during Durga Puja in Bangladesh provided a perfect opportunity for right wing religious organisations to polarise their cadre and voters along communal lines. Vishwa Hindu Parishad and Hindu Jagran Manch used the violence in Tripura to stir communal sentiments in Tripura.”

Tripura Chief Minister Biplab Kumar Deb told the EGI team: ”After communal riots in Bangladesh, 1.30 lakh people in Tripura came out in the streets. There were 250 public protests because people here have family and relations across the border.”

“The communal rioting in Bangladesh during Durga Puja came at a time when Chief Minister Biplab Deb and his party, the BJP, were preparing to take on the challenge of the Trinamool Congress in the upcoming civic elections. Counter communal mobilisation in reaction to the violence against the Hindu minority in Bangladesh offered an opportunity to the fraternal organisations of the BJP – the VHP, Hindu Jagran Manch, Bajrang Dal and others – to foment communal anger to consolidate their vote amongst the Hindu Bengali population of the state. The communalism was sought to be justified as a ‘natural reaction’ of the Hindus of Tripura as they had family links with the Hindu population across the border in Bangladesh,” the report quoted.

Local versus Outside Journalists

The EGI in their report stated that the State government was trying to create a wedge between the local and outside journalists on how the communal incidents were being reported. The report reads: “Some reporters and civil society activists coming to the state were outrightly seen by entities close to the government as conspirators in cahoots with the TMC… Local publications are showered with government advertising. National newspapers, freelance journalists and the new genre online publications are deeply resented and demonised.”

Curbs on the Media

Following the violence in Tripura, the State government had slammed the draconian Unlawful Activities Prevention Act (UAPA) against 102 individuals including many journalists. FIRs were also registered against two women journalists Samridhi Sakunia and Swarna Jha. One of the journalists faced action for tweeting three words “Tripura is burning”.

The fact finding team also blamed the State government for denying advertisements to media channels that were critical of the government. “And if the denial of ads did not lead to changing their ways, then goons were used to beat up critical journalists,” the team stated. 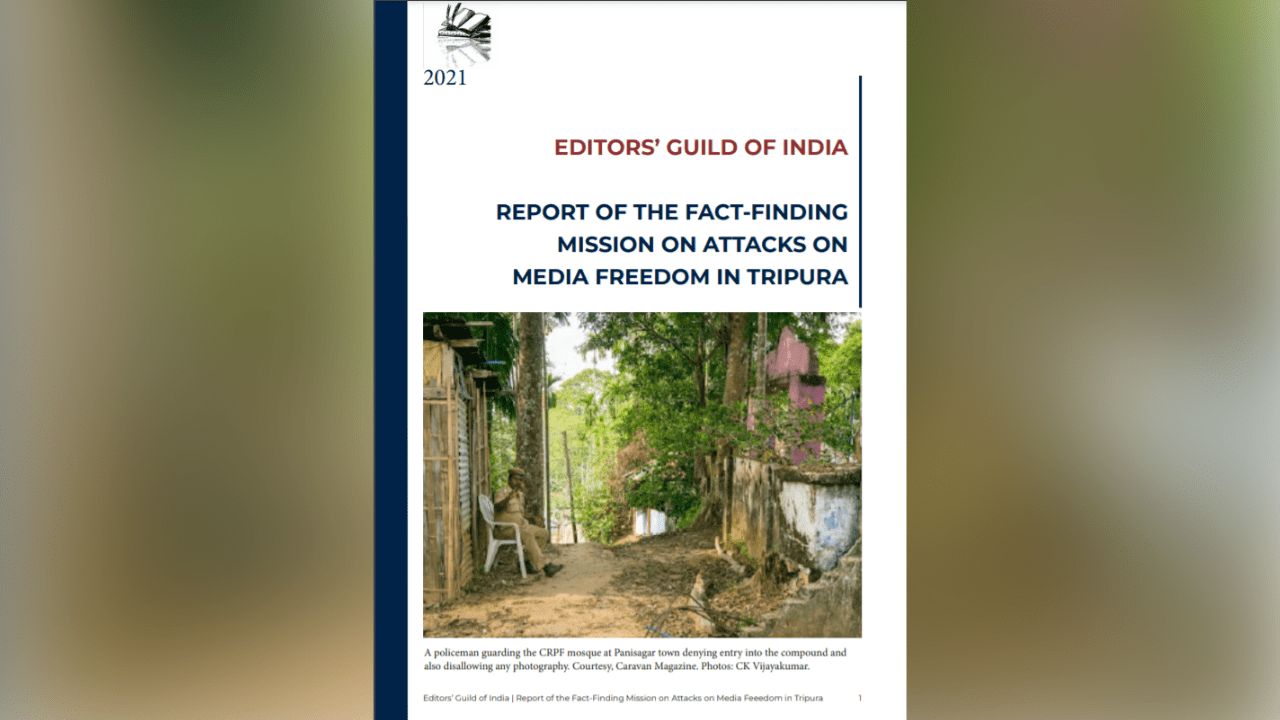 According to the Tripura Human Rights Organisation (THRO), many local cable TV channels had closed down as they refused to toe the government line. These include Mrinalini ENN, Din-Raat, Akash Tripura and Hallabol.

An activist told the fact-finding team that usually phone calls go from the Chief Minister’s office to television channels with officials threatening them if they invite guests who are critical of the government. “They also have lists of guests who are approved by them and who they would like to see on TV debates and discussions,” said the activist. When the EGI team questioned the Chief Minister on this, he laughed off these remarks, according to the report.

The fact finding team reported that this was very evident even the way the National Press Day was celebrated in Tripura. “It was more or less like an official function with the Ministers (including the Chief Minister) and other high-ranking officials sitting on the dais and journalists being seated in the audience… The proceedings during the celebration was about these high-ranking officials sermonising journalists on the meaning of freedom of speech and its interpretation,” stated the report.