UP hospital owner claims in viral video “I cut off oxygen supply...to know who will die and who will survive” - The Probe

While both the hospital owner and District Magistrate claimed 22 people did not die in the hospital, both gave out different numbers related to the deaths in Paras Hospital.
Covid-19India
READ LISTEN WATCH

A shocking video has surfaced on social media where the owner of a hospital in Agra in Uttar Pradesh can be allegedly heard claiming that he had cut off the oxygen supply in his hospital as part of a “mock drill” to see how many patients would survive and how many would die.

In the video, Dr Arinjay Jain, the owner of Paras Hospital in Agra is heard saying: “Modinagar was dry. We personally tried to make people understand and asked them to leave. People kept saying they will not leave the hospital. They kept insisting on not leaving. So, we decided to find those patients whose oxygen could be turned off.”

In the viral video, the owner of the hospital can be allegedly heard talking about how he had cut off the oxygen supply of the hospital for 5 minutes at 7 a.m on April 26th to see how many patients would survive the drill. Dr Jain is also allegedly heard saying that following the mock drill, 22 patients had started gasping for breath and their bodies started turning blue and 74 patients survived the drill that day.

“We decided to give it a try. We decided to do a mock drill so that we will get to know who will die and who will survive. We did a mock drill at 7 a.m. We identified 22 patients. We realised they would die. The mock drill was done for 5 minutes. They started turning blue. 74 people survived,” said Dr Jain.

The owner of the hospital also called the viral video a conspiracy to malign him and his hospital. “They have misquoted me. This is unfortunate. This is a conspiracy to break the doctor-patient relationship. This is a personal attack against me. This is an old video of 28th April. The question is, if you had a video of April 28th, why didn’t you make it public till now. With whom were you negotiating for one and a half months.” 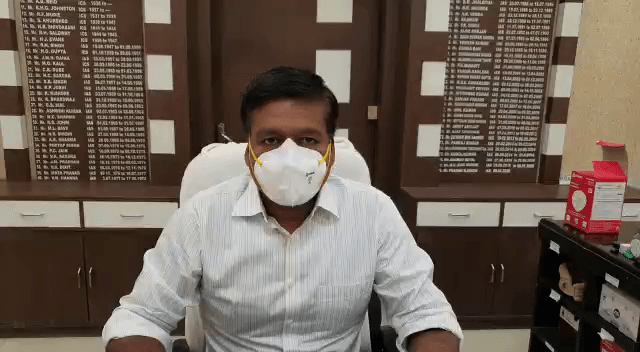 The District Magistrate of Agra ordered an enquiry into the incident. However, the DM seemed to have made up his mind on what happened in the Paras hospital in the last week of April even before a formal enquiry report was out.

“It’s not true that 22 people died in this hospital but in light of the video that has surfaced we will still conduct an investigation,” said Prabhu N Singh, the DM of Agra.

This is not the first time Paras Hospital has been in the thick of a storm. During the first Covid wave as well, the hospital was in the centre of controversies and was sealed for a brief period. After the latest incident, the hospital is expected to be sealed again.

Reacting to the incident, Congress leader Rahul Gandhi said that in Uttar Pradesh’s hospitals both oxygen and humanity was in short supply. The Congress leader demanded action against those responsible for the death of the 22 patients.The Health Minister of UP, Jai Pratap Singh told reporters that an enquiry has been ordered into the incident and the investigation would be completed soon.

If you like this story and if you appreciate our Ad-Free Independent Journalism platform, show us your support by becoming our Member. Our Journalism can only sustain itself and survive if well-meaning people like you pay for news. Click here to become our Member.
TagsAgra District MagistrateArinjay JainCovid-19Hospital managementMedical ethicsParas HospitalUttar Pradesh
Related articles More from author More from category
PrevNext