Has Virat Kohli walked into a trap laid by the BCCI president? - The Probe

Has Virat Kohli walked into a trap laid by the BCCI president? 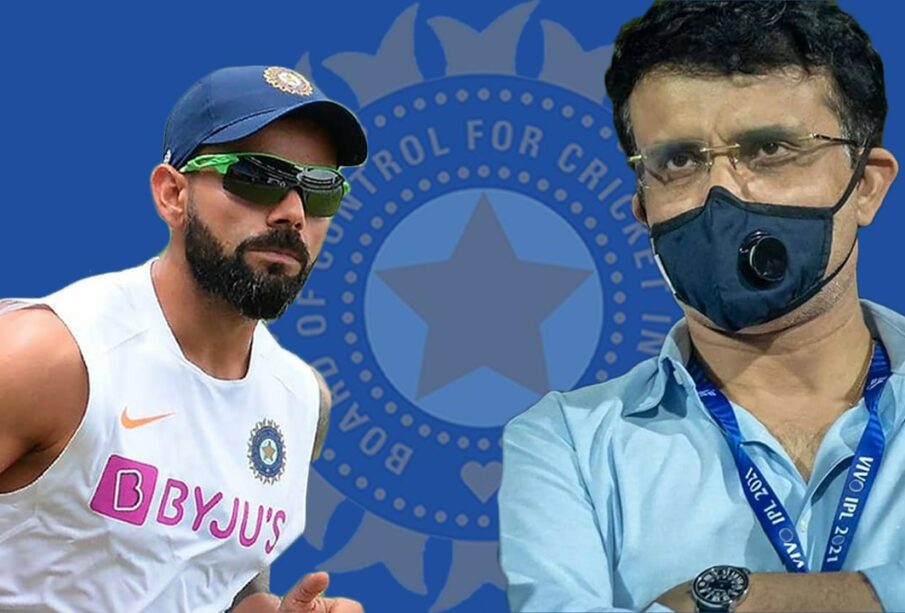 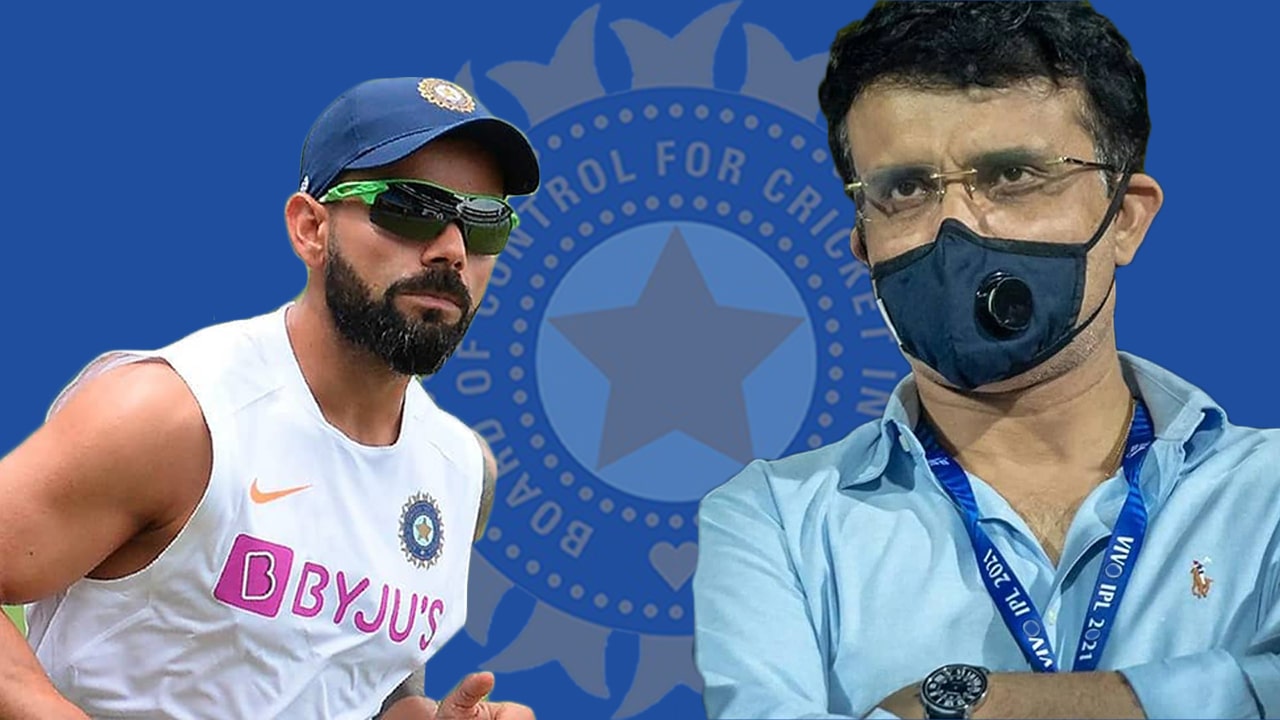 Who knows better than Sourav Ganguly that once the Indian cricket board (BCCI) decides to get rid of any player or a captain, no one can save him from the axe. Scroll down India’s cricketing history. From Tiger Pataudi’s era till Ganguly’s time, no captain has ever been given the freedom to exit on his own terms.

Now it is the turn of Virat Kohli.

The same captain who in 2017 was the darling of the fractured BCCI under the Supreme Court-appointed Committee of Administrators chief Vinod Rai. He was probably the first one, and could remain the last one, who got his say in the appointment of chief coach (Ravi Shastri) while unceremoniously removing former skipper Anil Kumble in the process.

Ganguly then was no one in the BCCI. He was dead against having Shastri as a coach and protested over the manner Kumble was “treated (read abused)” by Kohli. Now that he is heading the BCCI, he has got a chance to settle old scores. But he could have never imagined that a captain as shrewd as Kohli would so easily walk into his trap.

The writing was clear on the wall for Kohli from the day it was announced by BCCI top bosses that former skipper Rahul Dravid – a close friend of Kumble from Bengaluru – has been asked to apply for the chief coach’s post. All this happened post Shastri’s book launch amidst the England tour which resulted in four support staff along with a couple of players being isolated for the Covid-19 threat.

BCCI was obviously informed that players and support staff were forced to attend the function outside the team’s “bio-bubble” at the behest of skipper Kohli. With Shastri’s tenure coming to an end in a month then, there was a clear cut understanding within the BCCI that a “new coach is needed to bell the under-performing skipper”.

Kohli, by this time, was flying high in his own world and failed to judge the signals.

During the England tour, when one of the senior selection committee members tried to get in touch with him over the phone to discuss team selection, he was rudely told that “the skipper is baby-sitting and can’t attend his call”.


With Shastri surely going to be relieved of his duties after the T20 World Cup in the UAE, Kohli continued to put pressure on the selectors to give him players of his choice or resist from blaming him if the team failed in the T20 WC.

It was during that time in England that Kohli discussed his plan to relinquish T20 captaincy after the T20 WC with those attending the virtual meeting. Going by an insider who was privy to what happened during that meet, BCCI president and secretary did ask the Indian skipper to avoid any such announcements as “that may not augur well with the morale of the team before such a big tournament”. 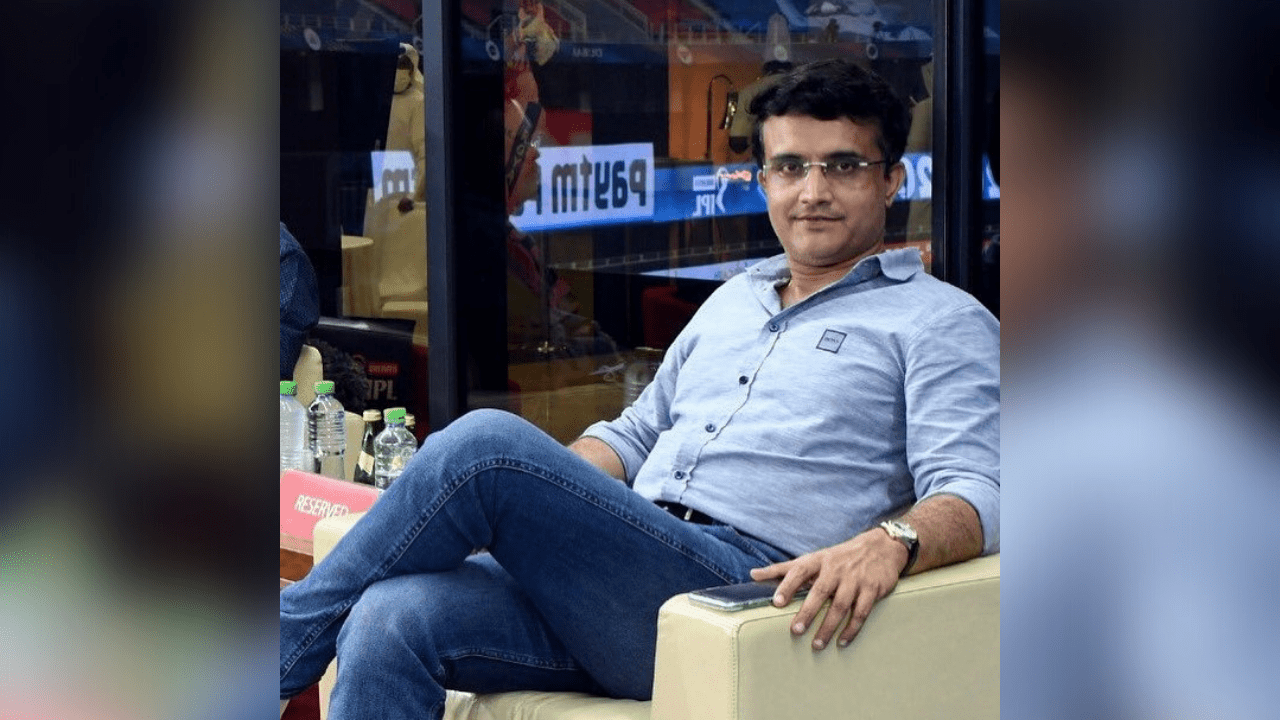 So when Ganguly says that “he personally requested Kohli not to give up T20 captaincy”, he is right in saying so. But Kohli was specific about stepping down from T20 captaincy and did tell the BCCI top brass that he would like to continue as a leader in the remaining two formats (Test and ODI).

Those who understand the personal equation between Kohli and Ganguly know well that the Indian skipper had no communication with the BCCI president outside official platforms.

One top BCCI official did tell The Probe that “Indian skipper even put Ganguly’s number in the block list” at one point.

Rest is history as Team India failed to progress beyond the group stage of the T20 WC after the first two humiliating defeats against Pakistan and New Zealand. 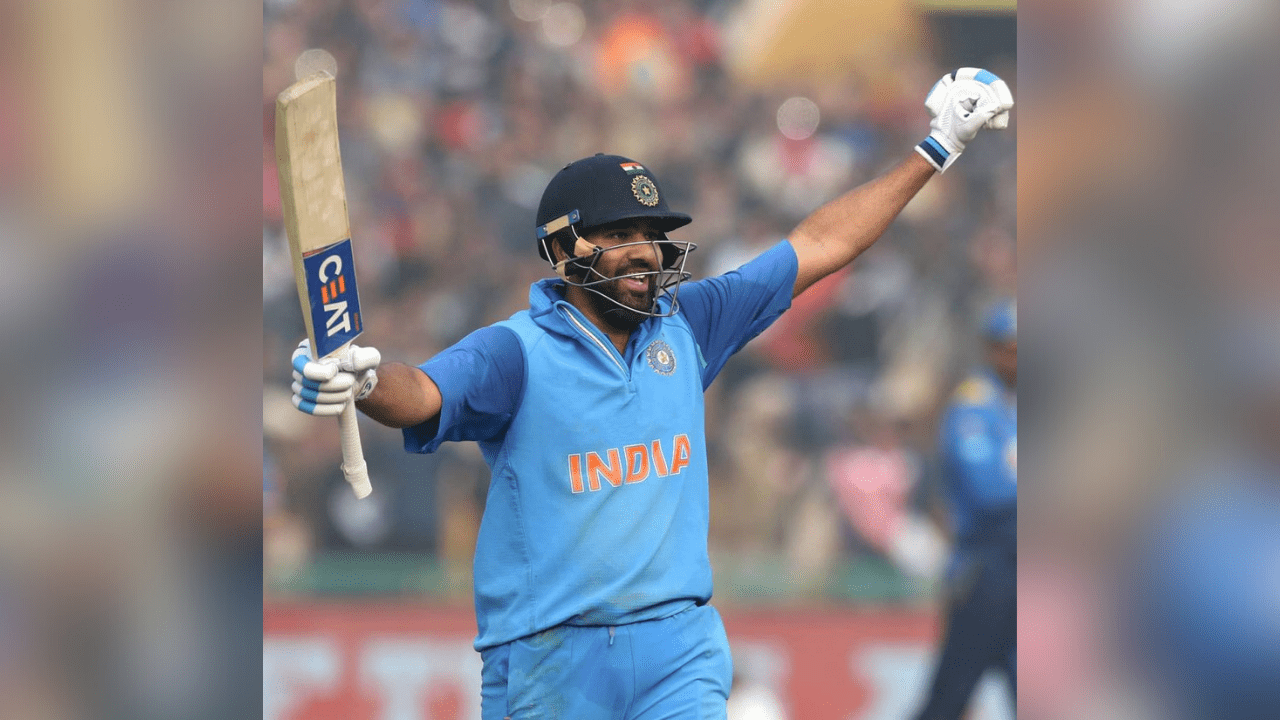 The selection committee, by this time, got enough signals from the top to replace Kohli with Rohit Sharma in the white-ball format. Going by what Ganguly had explained, Kohli had sacked himself from the ODI captaincy. There are obvious reasons for him to say so because as a cricketing format, the ODI and T20 are played with white-ball and needs a different kind of approach and application by the captain or for that matter by the team.

“How can Virat be such a novice to expect selectors to have two different skippers for white-ball formats?” said a selector on condition of anonymity.

“The moment Virat announced his decision to let go the T20 captainship, there was no confusion in our minds that Rohit would lead in both (ODI and T20) formats,” said the source.


Now comes the second part of the verbal exchange between the two stalwarts of Indian cricket.

When Kohli revealed that he was only told about his sacking as captain of the ODI side 90 minutes before the selection committee meeting, he was stating the facts correctly. The problem with him is that he was probably expecting a little too much from all (the five selectors) for whom he had either no or very little respect till a few days back. BCCI, being BCCI, soon sent out a nicely worded tweet to acknowledge Kohli’s contribution as captain in white-ball cricket. 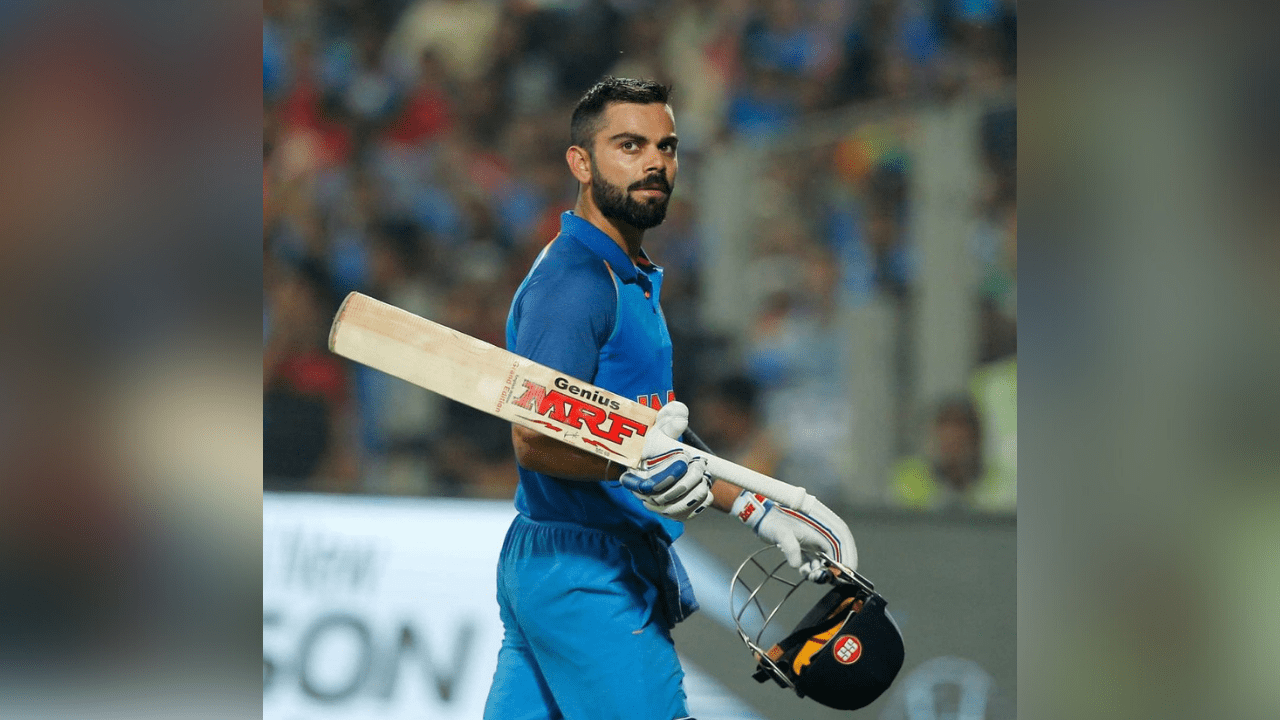 Ganguly, on the other hand, was not ready to be cowed down by Kohli like in the case of 2017. This serves two purposes. One, it sets the record straight to all future captains on who is supreme between the BCCI and the captain. Two, he wanted to restore the old power of the BCCI president.

But the big question here is who was spreading these rumours on behalf of Kohli that “he is not interested in playing ODIs in South Africa and asked for leave?”

In his presser just before leaving for probably the biggest test of his cricketing career, Kohli flatly contradicted these false claims as “barefaced lies”.

“I’m always available for selection,” he minced no words in his bid to slam the Ganguly camp.

It is hard to think of a precedent where the captain has contradicted anything and everything the BCCI president has said about him. It is also for the first time that the president of the Indian cricket board has come out in public to announce that “the matter will be dealt with appropriately by the BCCI”.

Ganguly refused to make further comments. “No statement, no press conference,” he told TV reporters standing outside his gate in Kolkata on Thursday. “We will deal with it. Leave it to the BCCI.”

Going by the insiders, Ganguly had got the chairman of the selection committee Chetan Sharma to agree to do a press conference on Wednesday to set the record straight on Kohli’s claims. But soon he was advised against this by someone in the BCCI secretary’s office and was asked to deal with the situation in a sensible and mature way.

Going by the BCCI’s past, the board has a long history of mistreating captains. For instance, the long duel between Sunil Gavaskar and Kapil Dev in the 1980s when the latter replaced him in the 1982-83 season gave rise to a lot of bad blood between the players and their supporters. 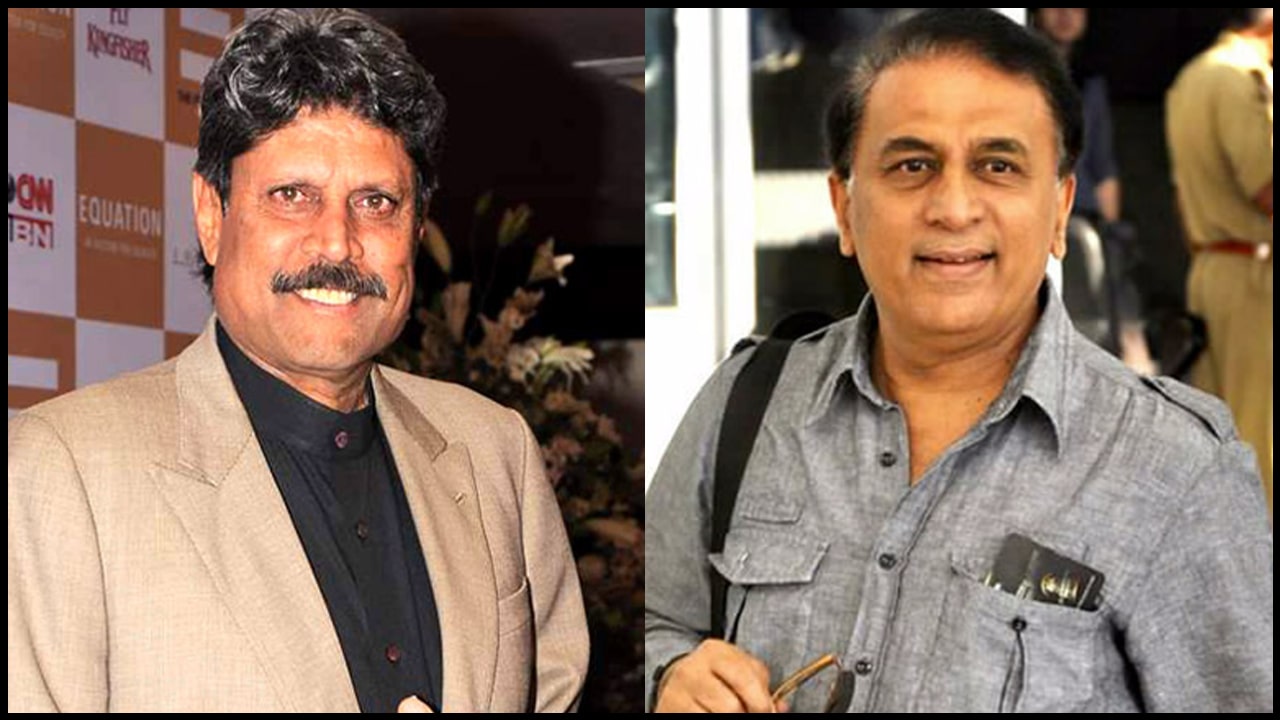 Despite Kapil-led team’s memorable victory in the 1983 World Cup, he was removed as captain to pave way for Gavaskar again. This was not the end as Kapil was again given the captain’s charge in March 1985 and he retained the position till the 1987 World Cup.

The saga continued after that as the young 23-year-old Sachin Tendulkar replaced Mohammed Azharuddin in 1996 as the Indian skipper. But soon, he too was removed from the top post in 1997 after a drawn series against Sri Lanka. He was also humiliated at that time and was kept in the dark over his sacking as the captain of the team.

Tendulkar was replaced by Azharuddin only to be re-appointed again as the captain in 1999. His second stint lasted a year when Sourav Ganguly was made the captain.

Ganguly ruled Indian cricket for five straight years but with the arrival of the Australian legend, Greg Chappell, the entire equation changed and the BCCI removed him unceremoniously.

Dravid then took over from him and Ganguly was altogether omitted from the team in 2006. Though Ganguly made a comeback into the team, he never got the chair of the team’s leader again.

Team India has now landed at the Tambo International Airport in Johannesburg amidst the shadows of the ongoing war between India’s two most known cricket personalities.

Not to forget that it was in 2018 in South Africa that India had started its journey to become the best Test team in the world. Kohli’s extensive focus on grooming fast bowlers and increasing the fitness levels of players started India’s quest to be the best red-ball team in the world. Though India lost that series 1-2, their 63-run win on the bouncy Johannesburg track was a sign for things to come.

Kohli’s own batting record of 553 runs with two hundreds in five Tests at an average of nearly 56 has been far better than his overall record. Four years down the line, Kohli has again set his feet on the Rainbow Nation to probably face his toughest battle. But this time it may not be from the opponents.

The final Test in Cape Town will be the Indian captain’s 100th Test appearance. He understands that things have gone to such a level that anything less than a series win along with big runs off his willow would not be enough to save his captaincy in this red-ball format even! 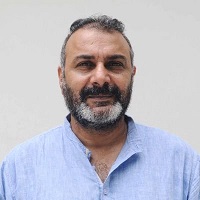 Chander Shekhar Luthra is a cricketer turned senior sports journalist based in Delhi. He is an ex Ranji player and he has more than 27 years of experience in covering various sporting events. Apart from covering ICC Cricket World Cups along with many other series across the world, he is known for his insightful coverage of the 2012 London and 2016 Rio Olympic Games and the 2014 Asian Games at Incheon, South Korea.