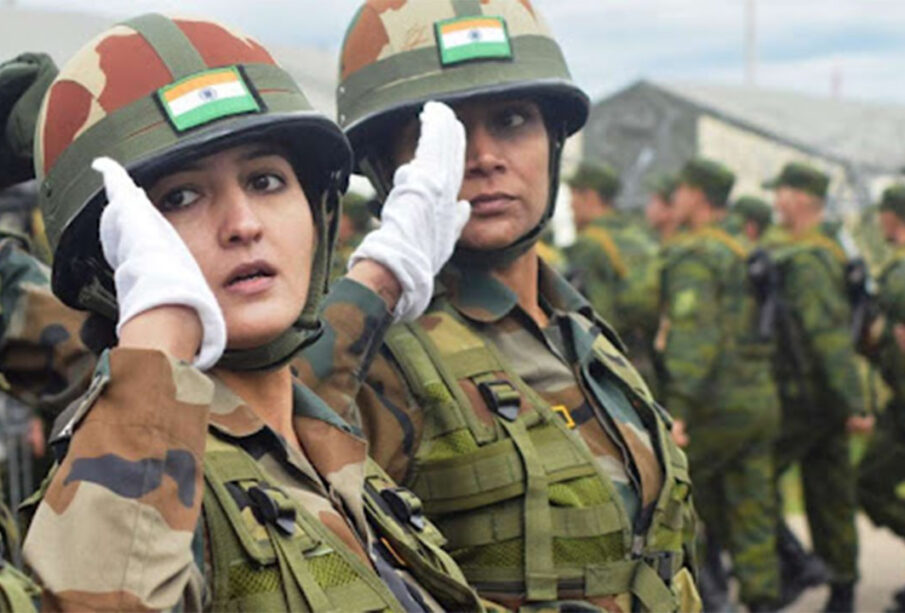 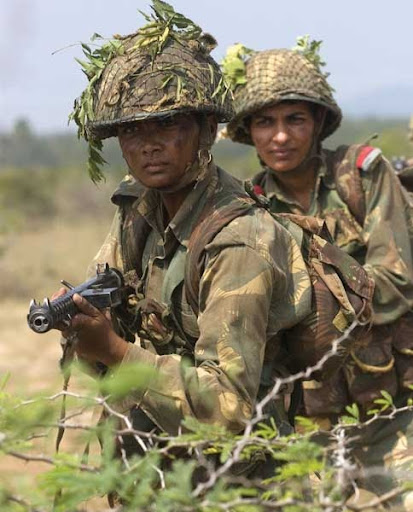 On Monday, 9 senior women Army officers – who have approached the Armed Forces Tribunal – will take part in a virtual hearing against their release order. The Army had issued a release order to 28 senior women officers denying them Permanent Commission in the Indian Army.

The Probe spoke to many serving women officers who have been affected by the decision. On condition of anonymity, one senior woman officer said: “I have served the Indian army for more than 20 years now. Initially, we were all commissioned as Short Service Commission officers for just 5 years. Those days, we were told that we can serve only for 5 years unlike our male counterparts who had the option for getting Permanent Commission (PC) if they met the criteria for PC. After 5 years we were told that we could leave the army or continue till 10 years. However, the male officers had the option to go for Permanent Commission after 10 years if they met the criteria for selection for PC. But for us, there was no other option. Subsequently, we were allowed to serve till 14 years. After 14 years, our services were to be terminated. This was very discriminatory and we decided to approach the court and in 2010 we got a landmark judgment from the Delhi High Court, which has still not been implemented in spirit.” 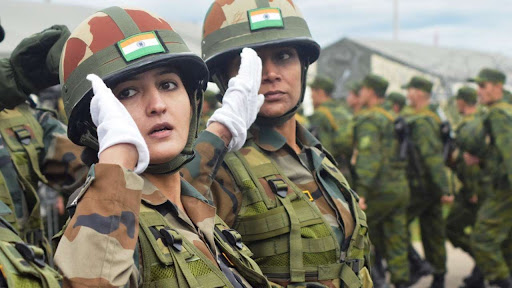 In the last many years, never has the Indian Army faced such a reprisal and pushback from its women force. While many women officers have approached the Armed Forces Tribunal citing that the army practices gender discrimination, 72 other serving women army officers have sent a legal notice to the Indian Army asking the Army to grant them Permanent Commission at par with their male counterparts or face contempt proceedings in the Supreme Court.

In 2010, in the Babita Punia case, the Delhi High Court passed a landmark judgment wherein the court directed the government to grant Permanent Commission to the women officers. The Air Force complied with the judgment however the Indian Army appealed against the Delhi High Court order in the Supreme Court. Despite the 2010 High Court verdict, the board for grant of Permanent Commission to women officers took 10 years and was finally held in 2020.

“We got a favourable judgment in 2010 itself that said women should get Permanent Commission. But the first PC board was held only in 2020. The Army delayed it for 10 years. Even when Prime Minister Narendra Modi had announced during his independence day address in 2018 that women officers will be given PC, till today many of us have been fighting against the unjust way in which PC selection is made by the army,” said another senior serving woman Army officer to The Probe. 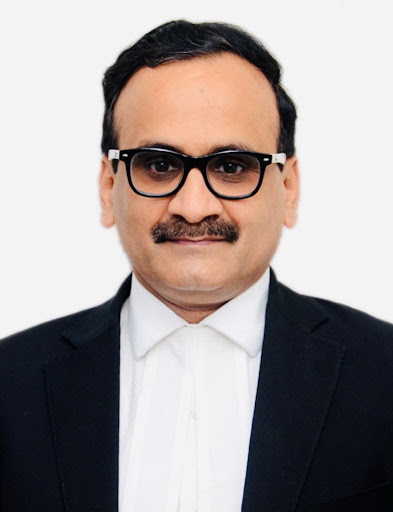 Sudhanshu S Pandey, the counsel representing the 72 women Army officers who sent the legal notice to the Army, is also the counsel for some of the senior women officers whose petition is coming up for hearing before the Armed Forces Tribunal on Monday. Speaking to The Probe, Pandey said, “When we got the 2010 judgment, the Army instead of complying with the judgment, went for an appeal in the SC. The women Army officers who completed the 14 year term by then were asked to either leave the Army or they were given an option to continue till the pendency of the Army’s appeal in the SC. Many women decided to stay back in the Army and they continued to work for 10 more years without any privileges. They were not considered for promotion. They didn’t receive any perks or benefits that their male counterparts received during this period. These women were already at a disadvantageous position in their careers. Their male counterparts went on to become Colonels or Brigadiers but these women officers remained as Lt Colonels even after 20 to 25 years of service. Now, after so many years, the Army is shunting them out saying that they are unfit. This is highly discriminatory”.

Speaking to The Probe, another senior serving woman officer said: “It will shock the wits out of all of you, if you come to know how they are rejecting us for Permanent Commission. For instance, I have been serving in the Indian Army for more than 20 years now. After I finished my 5 years of service, I cleared the SB5 board and worked till 10 years. Again I cleared the SB5 board and worked till 14 years. In the last 10 years, the army gave me commendations, citations and meritorious awards but when it came to giving me Permanent Commission, they started looking at the first 5 formative years of my service and they said that I am unfit. In the first 5 years, I was fit enough to move to the 10th year and then move to the 14th year. Now, I have more than 2 decades of achievements and merits. But all of a sudden you are telling me that all that matters is the first 5 formative years of my career. Now, I am being told, I didn’t cross the 60% mark in the first 5 years and therefore I cannot get a Permanent Commission. This is absurd”. 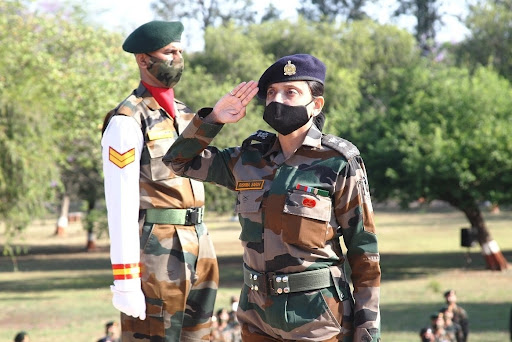 “If we were so unfit, why did you send us on operational duties? Why did you give us sensitive appointments at formation levels? Why did you give us citations and awards? You didn’t see the exemplary work we did for the last 10 years, but you chose to pick the first 5 years of our career and you started looking at adverse comments in our Annual Confidential Reports (ACRs) to deny us Permanent Commission,” said another aggrieved women officer to The Probe.

On 25th March, 2021 Justice Chandrachud passed another landmark order in the case related to the Permanent Commission. The apex court stated that the method adopted for Permanent Commission to women officers is flawed, arbitrary and amounts to systemic discrimination. The SC had asked the army to grant PC to all women officers who were above the qualifying marks of 60% as per the extant policy; to those who fulfilled the medical criteria for selection; and to those who had no disciplinary or vigilance cases against them.

The affected women officers have said that their Annual Confidential Reports of the first 5 years of their careers was considered to deny them Permanent Commission despite the mandate of the army policy itself which obligates them to take into consideration the overall profile of the officer. The policy also states that the assessment made in any of the Confidential Reports must be consistent and objective before taking them into account for preparation for merit.

Many affected women officers said that earlier their merit in their 5th and the 10th year of service was considered and compared to the benchmark of their male counterparts despite the army being conscious of the fact that there was widespread disparity to the service situations and conditions of the women and male officers at the time of their induction for their consideration for PC. 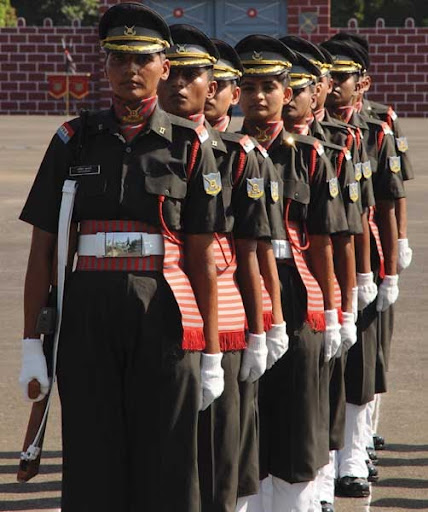 After the first PC board was held in 2020, many women officers started getting Permanent Commission. However, many others were denied PC based on their performance in the first 5 years of their careers, their fitness and adverse / weak remarks in their ACRs. The affected women say that the army never communicated any such adverse / weak remarks to them despite the mandate of the army policy to do so.

“Many of us have worked amid a lot of challenges. In the last days of my pregnancy I was working out of a tent. When another colleague of mine was posted in J&K, there wasn’t even a female washroom. All the policies in the army have been made by men for men. They have successfully kept women out. Even during training, initially we were given only 6 months training but our male counterparts trained for 10 months. For colonels who retire at 54 years of service, they are given re-employment opportunities but in our case they made us work for 20 years and now they are deciding to unceremoniously shunt us out by claiming that in the first 5 formative years of our career we were not fit. Our self esteem has taken a beating,” said a woman officer whose petition is before the Armed Forces Tribunal.

“If I wasn’t good or if I had not crossed 60 percent mark in the first 5 years of my career, why did the army give me an extension to work till the 10th year and then till the 14th year? They should have warned me and given me a release order because I was unfit. That didn’t happen, instead I was given laurels, citations and awards only to finally say that I am unfit for PC,” said another female officer.

While the women officers are fighting an uphill battle to get Permanent Commission, this issue seems to be only one amongst many problems plaguing the women officers. Women are still not allowed in the combat arms of the army like the Infantry, Armoured Corps, Mechanised Infantry and Artillery. Many sources within the army say that an overall overhaul is required with regard to infrastructure, training and HR policies to ensure that women become equal stakeholders vis-a-vis their male counterparts in the armed forces.

Responding to The Probe, Col Sudhir Chamoli, Army Spokesperson said “This matter is subjudice, the law will take its own course and therefore at this stage we cannot make any official comments on the subject”.

A serving woman officer, who is also a petitioner in the SC in the case related to Permanent Commission said: “The SC clearly said that we are victims of systemic and institutionalised discrimination. We gave our selfless service to the army without knowing our future in this organisation because we stand so tall with pride for the country when we wear our uniforms. We are fighting for our dignity and self esteem. We are soldiers and we will continue to fight till the last woman gets justice.”