Why does Rahul Gandhi want a Hindu Rashtra? - The Probe

Why does Rahul Gandhi want a Hindu Rashtra? 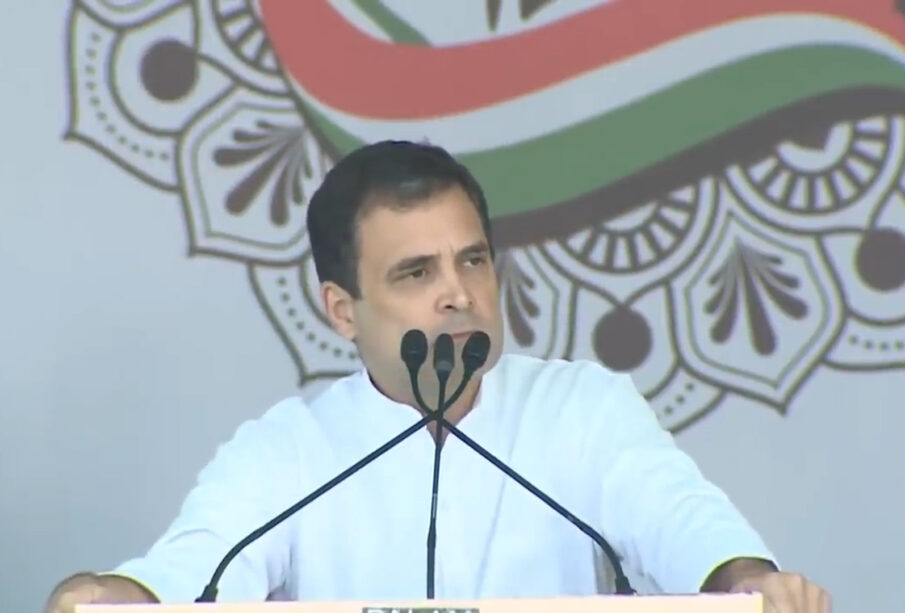 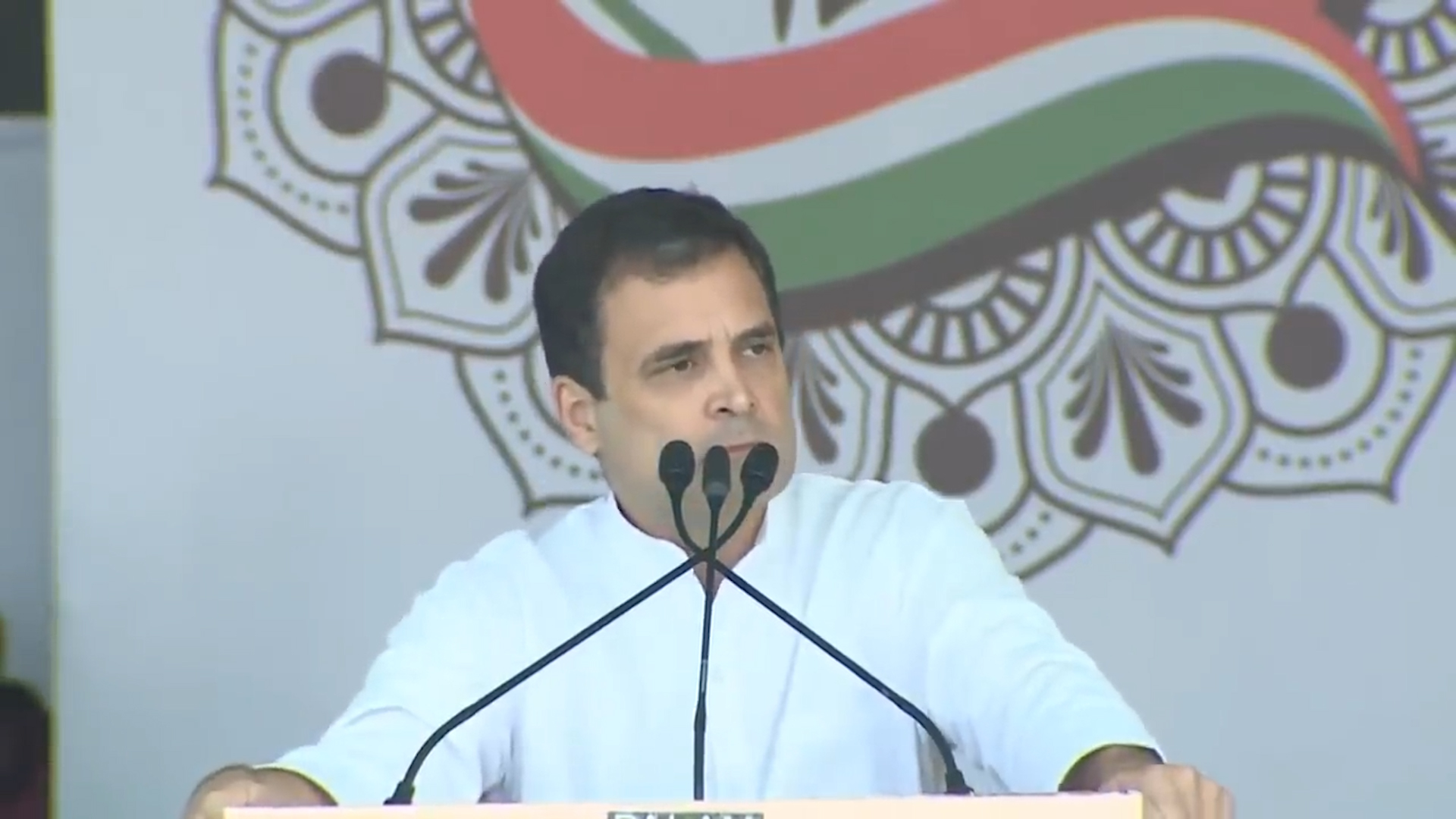 At a rally organized against soaring inflation by the Congress party in Jaipur, Congress leader Rahul Gandhi left his partymen bewildered when while drawing distinction between Hinduism – that he prefers – and Hindutva – that he finds hate filled, divisive, toxic and abhors – announced that he was keen that India becomes a Hindu rashtra in 2024.

Why did Gandhi choose this occasion of a rally against price rise and the forthcoming elections to the states of Uttar Pradesh, Punjab, Goa, which are all religiously plural – traditionally strength of the Congress party – to jettison secularism and create a vision of the country grounded in a benevolent view of the Hindu religion?

Couldn’t have Rahul chosen some other occasion or timing to dilate on how Congress party was ideologically evolving to take on the challenge of aggressive religious populism represented by Narendra Modi led Bharatiya Janata Party? Does he and the Congress party seriously believe that there is no way to oust the BJP from Uttar Pradesh and other states that it is in power and later at the center without being a lighter shade of saffron? Will the scales tilt in favor of the Congress in UP if it behaves like the BJP?

What Rahul is doing now is merely articulating openly what the Congress has been practicing since it lost the 2014 general elections. After the debacle, senior Congress leader, AK Antony, heading a committee to ascertain the reasons for the painful loss in the parliament elections, in his single point recommendation had suggested that the party should take steps to disabuse the impression in the masses that it was an anti-Hindu party. And Rahul Gandhi interpreted this advice in subsequent state assembly elections to visit all the possible temples and not to be seen with a Muslim Congressman. His endeavor was to wash off the alleged “taint” of a sane and enlightened resolve of former Prime Minister Manmohan Singh when he said that the first use of the national resources should go to the minorities. It was a large hearted expression of commitment for equitable distribution of resources, but it was mutilated by those who spew hatred towards minorities.

This strategy to woo the majority was visible in Gujarat, Madhya Pradesh, and Chhattisgarh assembly elections in 2017. Trips to Hindu shrines failed to deliver Gujarat for Rahul. The party did stupendously well in Madhya Pradesh, Chhattisgarh and Rajasthan causing panic in BJP. What is surprising is why the Congress did not adopt the game plan that brought them to power in Madhya Pradesh and Chhattisgarh, which entailed building up the party and agitating against the policies of the government. The mantra was that the party aspiring to come to power should have organizational strength and should be visible.
Congress forgot this important lesson. This is true of the Aam Aadmi Party (AAP) in Delhi and why it may do well in Punjab too.

Ideological gyrations without the ability of a party to harness them seldom deliver electorally or otherwise. Recent history has many lessons for the Congress. Late Rajiv Gandhi used the issue of Ram Temple to appease the Hindus to ride out the wave of unpopularity due to the charges of corruption in the Bofors gun deal. For Nehrus and Gandhis, secularism meant engaging with all the religions equally and not creating an impression that they were pampering only the majority community.

However these strenuous efforts to project that the Congress was not an anti-Hindu party by staying away from Muslim clergy that wore religious markers failed to yield anything in 2019 parliament elections. It seemed the party had fallen between two stools. This was despite the fact that amongst all the opposition leaders it was only Rahul Gandhi who was critical of the Sangh Parivar and its politics.

In some ways, Rahul Gandhi’s speech in Jaipur comes as a surprise. It is a big player in UP where it is trying to stage a comeback. Its failure to build the party has been compounded by how in the past it outsourced much of its electoral fight in the states to occupy the Centre. The net result is that it has ceded ground to all those parties that progressively cannibalized its support base. In UP for instance, Muslims went to the Samajwadi Party, Dalits to Bahujan Samaj Party (BSP) and Brahmins to the BJP and Congress were left with painful memories of a glorious history.

Now Congress potters around with a 7 percent support base, which does not even work as a spoiler. Samajwadi Party with whom it contested the last assembly elections believes that Congress does not add any value to the alliance. In Bihar, too, Tejasvi Yadav’s Rashtriya Janata Dal found to its chagrin that the grand old party failed to help the alliance by either transferring its vote or lending heft to its campaign. 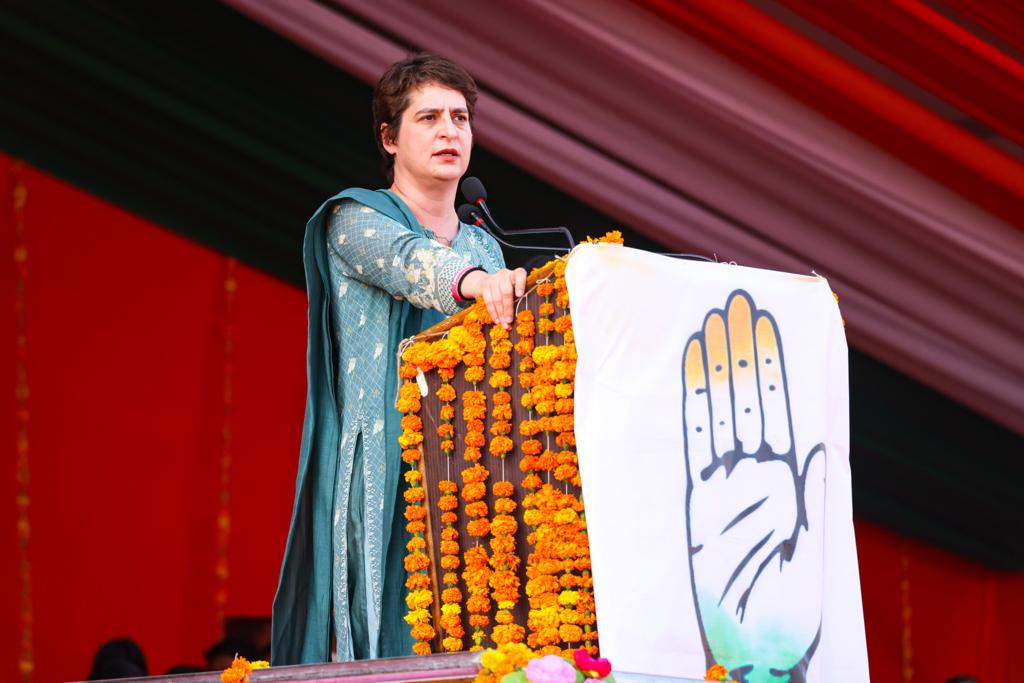 Now Priyanka Gandhi is leading the campaign in Uttar Pradesh against the ruling BJP and is trying to change her party’s fortunes. Though her road trips and her aggressive intervention in Lakhimpur Kheri got her and Congress some traction, a quick tour of Uttar Pradesh revealed that for many people of the state, the party did not matter. Increasingly, the battle to win UP was seemingly becoming bipolar. Although UP defies this trend as Bahujan Samaj Party (BSP) upsets many calculations by largely retaining its support base, it would be interesting how it plays out this time.

Despite its manifest limitations, Priyanka is trying to change the rules of the game, by trying to go beyond caste, community and target the new constituency of women voters. Inspired by how women have stepped out to halt BJP in West Bengal and to some extent helped Nitish to retain Bihar, Priyanka is hopeful that her pink manifesto that promises 40 percent seats to women, a scooty and a tablet to young women will yield dividends. Congress was last in power in 1989.

So in some ways, Rahul and Priyanka are endeavoring to rise beyond the trap of religion and try to address economic and gender issues.

This lack of support from the Congress would be a major setback for the hard pressed Muslim community that has been walloped by the BJP government ever since it came to power in 2014. All its policies, actions are meant to diminish India’s secular past and present it as its weakness. It is trying to rewrite India’s past and hope it translates into its future. Much of its grand vision of the country is based on a contested reading of history, which is allowing Pakistan to run away with a slice of our Mughal past.

If India has to reclaim its plural history that does not exclude its large minority due to electoral reasons then the opposition parties like the Congress would have to stick to constitutional values rather than dumping them. Anything borne out of electoral convenience that appeases one community over another could hurt the idea of India that was conceived at the time of independence. In UP, Congress, by wilting to BJP’s narrative and trying to play on its turf, may have done more harm than good.

If you like this story and if you appreciate our Ad-Free Independent Journalism platform, show us your support by becoming our Member. Our Journalism can only sustain itself and survive if well-meaning people like you pay for news. Click here to become our Member.
TagsBJPIndian National CongressRahul Gandhi
Related articles More from author More from category
PrevNext