After the recommendation of a Parliamentary committee that the medium of instruction in technical and non-technical higher educational institutes such as IITs should be Hindi, the latest bone of contention is the MPLADS draft guidelines.
The Probe Staff
Stories 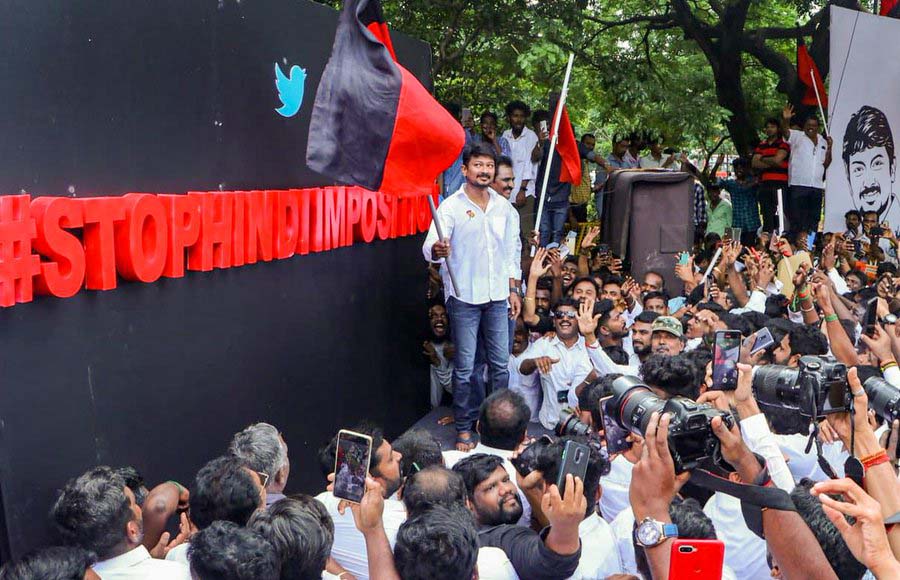 The Ministry of Statistics and Programme Implementation, which administers the Members of Parliament Local Area Development Scheme (MPLADS), recently revised the MPLADS guidelines and released the draft guidelines for feedback from stakeholders. But the draft guidelines have drawn flak from various quarters for prioritising the Hindi language over the regional languages.

Chapter 3, Section 3.23 of the draft guidelines notes: “As soon as a work under the MPLADS is completed, it should be put to public use. For greater public awareness, a plaque (stone/ metal) carrying the inscription ‘Member of Parliament Local Area Development Scheme Work’ in regional language as well as in Hindi and English, indicating the cost involved, the commencement, completion and inauguration date, and the name of the Member of Parliament sponsoring the project, should be permanently erected at the project site and placed at eye level for better visibility.”

Speaking to The Probe, Salem Dharanidharan, DMK spokesperson and Executive Coordinator of Dravidian Professionals Forum, says the obsession over Hindi must stop. “Why should non-Hindi speaking states have the signage written in the Hindi language? In Tamilnadu, we use Tamil and English on our plaques. According to the norm, any one language, either Hindi or English, is used but making it mandatory to use Hindi is not right. The central government is trying to slowly impose Hindi in all centrally sponsored schemes. We will not accept this.”

Many non-Hindi-speaking MPs have revolted against the draft guidelines released on October 25. But this is not the first time Hindi language imposition has drawn a wedge between many Hindi and non-Hindi-speaking people. A few weeks ago, several political parties opposed the recommendation of a Parliamentary committee that the medium of instruction in technical and non-technical higher educational institutes such as IITs should be Hindi. 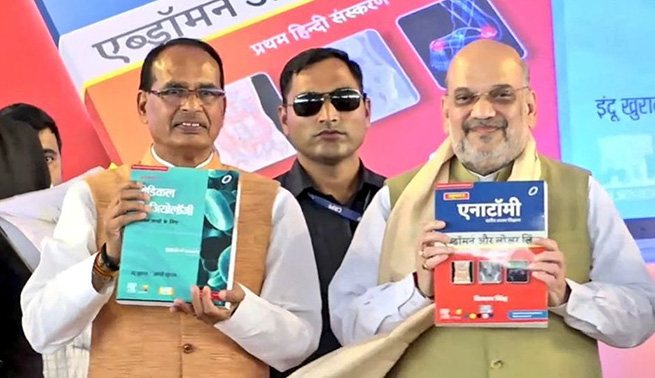 “This is against the principle of cooperative federalism. The core ideology of the BJP is also one language, one religion and one culture. The BJP is actually trying to slowly impose its party’s ideology on the people of this country. Tamilnadu contributes about 9.2 per cent of India’s GDP, and we get back only 4 per cent. So, what we get back is just a tiny portion of our money. Just a tiny per cent. Then why should we be forced to write in a language that we do not speak,” asks Dharanidharan.

Revolting against the MPLADS revised guidelines Rajya Sabha MP John Brittas said that such Hindi imposition would impair the basic principles of cooperative federalism. In a letter to the Union Minister of State for Statistics and Programme Implementation, Planning and Cooperative Affairs, Rao Inderjit Singh said that the “enforced directive” to depict details of work in the Hindi language in non-Hindi speaking states would be considered an infringement of federal principles.

“This is the policy of RSS. The government is running their agenda. The government is trying to impose Hindi through the National Education Policy (NEP), and now they are introducing Hindi in MBBS also. Similarly, through MPLADS, also they want to run this agenda, and they want to introduce Hindi in IITs as well. This way, the whole education system is going to be destroyed. The diversity of our country is at stake. There are 22 main languages in India, which should be respected. This kind of imposition is very detrimental to the future of our country,” says Mayukh Biswas, All India General Secretary of SFI.

On October 18, the Tamil Nadu Assembly adopted a resolution against Hindi imposition and blamed the BJP for using “language for power”. Leaders of many political parties in non-Hindi-speaking states have called for equal treatment to all languages as specified under the Eighth Schedule of the Constitution.

“It’s welcome if the Hindi speakers are given all services in Hindi. But if non-Hindi speakers are given services in Hindi and if it enters the mother tongue domain, then that is an imposition. Through the union government offices and services, Hindi is being imposed in many areas. This kind of encroachment is very dangerous for the unity and diversity of our country,” notes Professor Joga Singh, President of the Campaign for Language Equality Rights (CLEAR).