On 10th April, a woman was stabbed in Budh Vihar in Delhi in broad daylight. The Probe has accessed the video footage of the crime, which shows that the victim Neelu was stabbed 47 times in a span of 70 seconds by her husband Harish in full public view. Though the accused Harish was arrested by the Police, the savagery of the crime and the silence of the residents of Budh Vihar has raised a lot of eyebrows.

“Harish murdered his wife Neelu. We arrested accused Harish with the weapon of the offence just a little distance away from the scene of the crime. Both of them got married last year only through a matrimonial site. We have registered a murder case and further enquiries are on,” said Jitendra Kumar Meena, Additional DCP, Rohini District, Delhi.

In the CCTV footage, the husband and wife are seen talking to each other. After a few seconds, when the wife tries to walk away, he draws a knife from his shirt and starts stabbing his wife. She was stabbed 47 times in 70 seconds. In the first 15 seconds itself, Neelu is seen giving up  to her wounds, yet, the butchery continues unhindered. 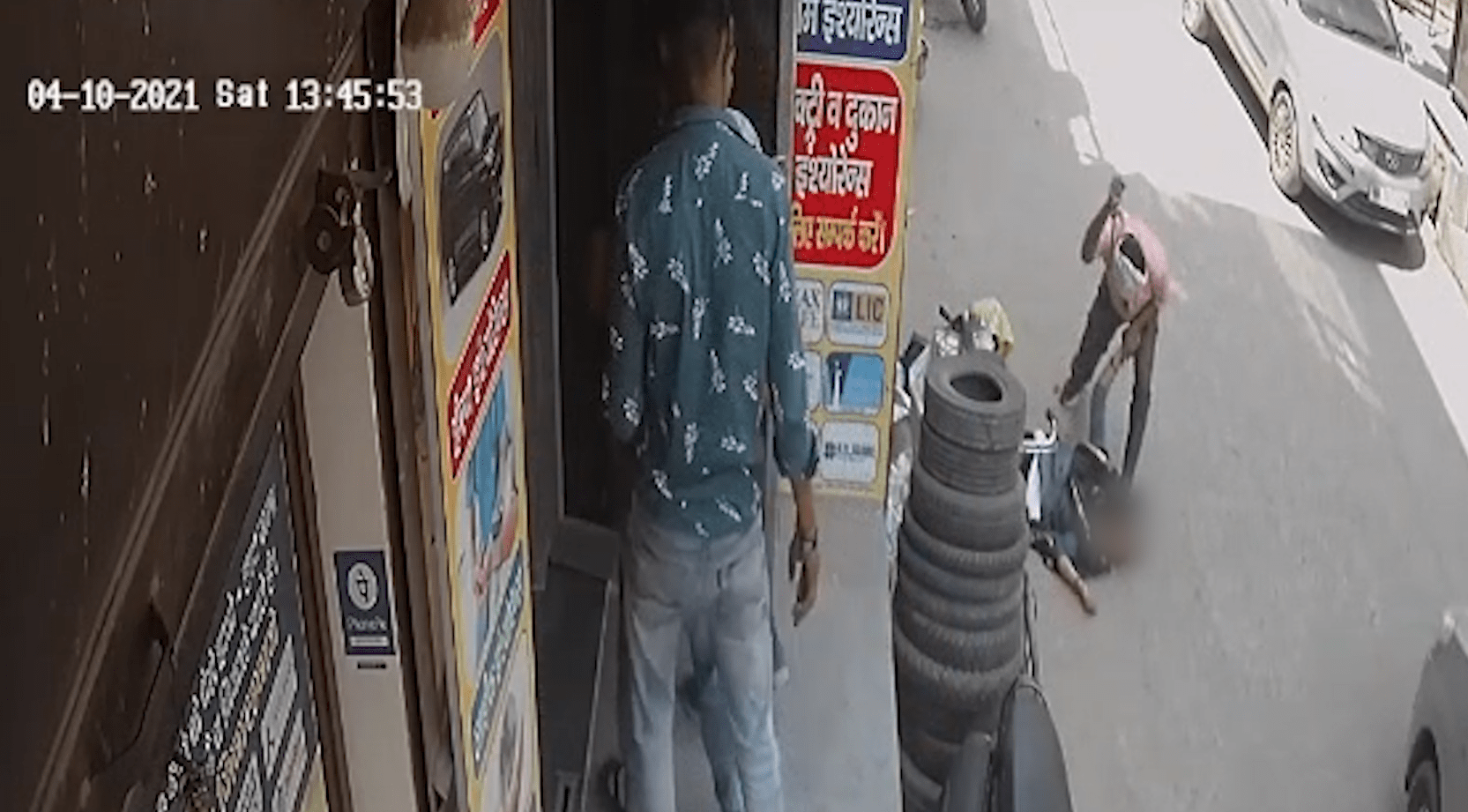 He is then seen dragging her by her hand and stabbing her so fiercely that his knife gets twisted in the process. He is also seen blunting his knife to cause maximum damage and stabs her again. Even after stabbing her for 38 times – he is seen slitting her throat – to make sure that she is dead. He then walks away shamelessly after throwing her hand into the air without any form of human intervention on a street filled with onlookers.

The weapon used for the crime

It is not just the brutality of this crime that has shocked many but the silence of the onlookers in Budh Vihar is alarming. When The Probe team visited the scene of the crime, we could find Neelu’s blood stains still on the spot of the crime but residents of Budh Vihar seemed to have got back to their routine lives. Our team met with the eye witnesses in the case and asked them why they chose to remain silent. 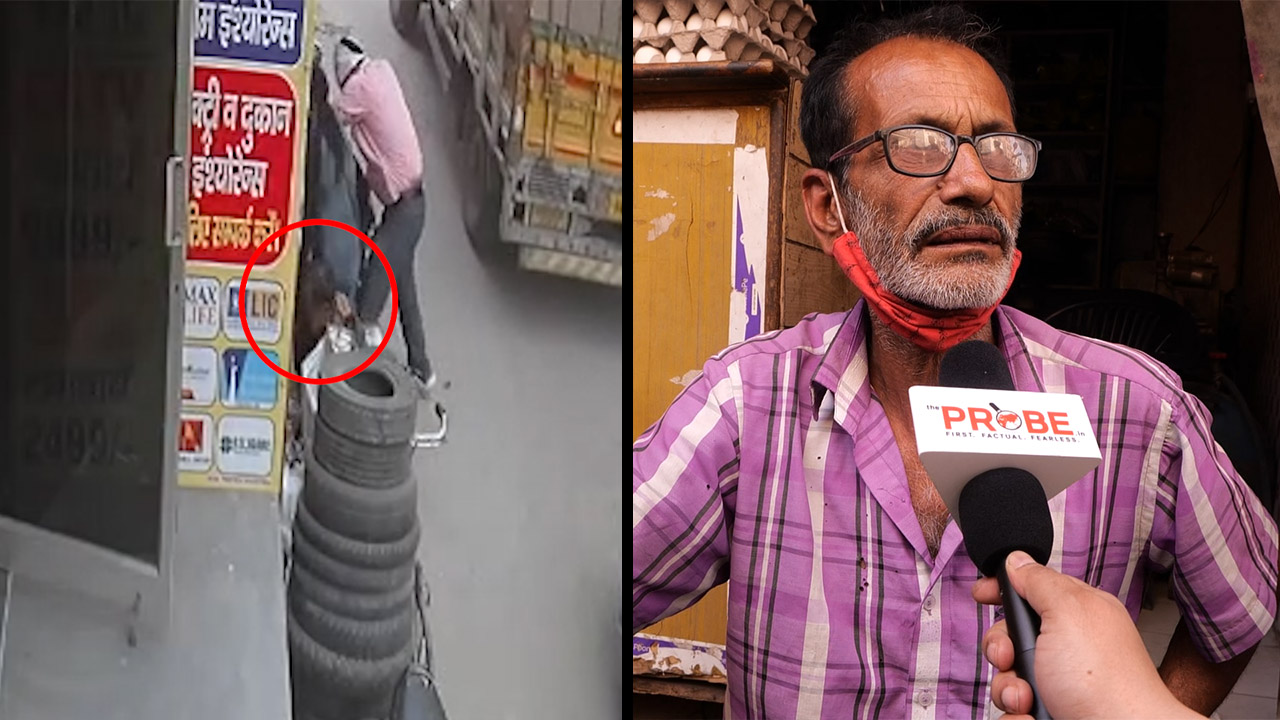 She could have been saved but we failed

The man who is seen in the above picture is Gulshan Kumar, a mechanic in Budh Vihar who – at the time of the incident – was just a feet away from Neelu. As soon as Harish started stabbing Neelu, Gulshan was seen running for cover. “She could have been saved but we failed her. No one came forward to help her. I was alone. I am a senior citizen. What can I do? He was telling his wife ‘let’s go’ but she didn’t want to go with him. He then pushed her onto the ground and started stabbing her. He may have stabbed her 40 or 50 times. I lost count,” Gulshan said.

“Even after she died, he continued stabbing her like how people beat clothes on a concrete slab. No one came forward. Everybody was standing around and shooting videos and taking pictures,” he added.

If we acted against the accused, if something happened to him, we would be under police scrutiny

When we scanned through the CCTV footage, we also identified many shopkeepers in the area who were witness to the crime. We decided to speak to many witnesses and ask them what made all of them turn a blind eye to such a ghastly crime.

“Ok, let’s assume this. If we got together and had beaten up that person and if he had died, then who would the police catch?” said Gaurav Jain, an eyewitness and a nearby shopkeeper.  “I did not see anything because my shutter was down. When I heard the sound and came out, the accused was running. When I did not see anything then how can I comment about it,” said Surendra Kumar, another shopkeeper.

“Yes, we should have done something but at that time we were so fearful that we could not muster the courage,” said Yogesh Kumar, another witness. “An autorickshaw driver was stopped and he was asked to carry Neelu to a nearby hospital but he refused. No one was coming forward. What could we have done?” said Titu, who witnessed the crime from close quarters. 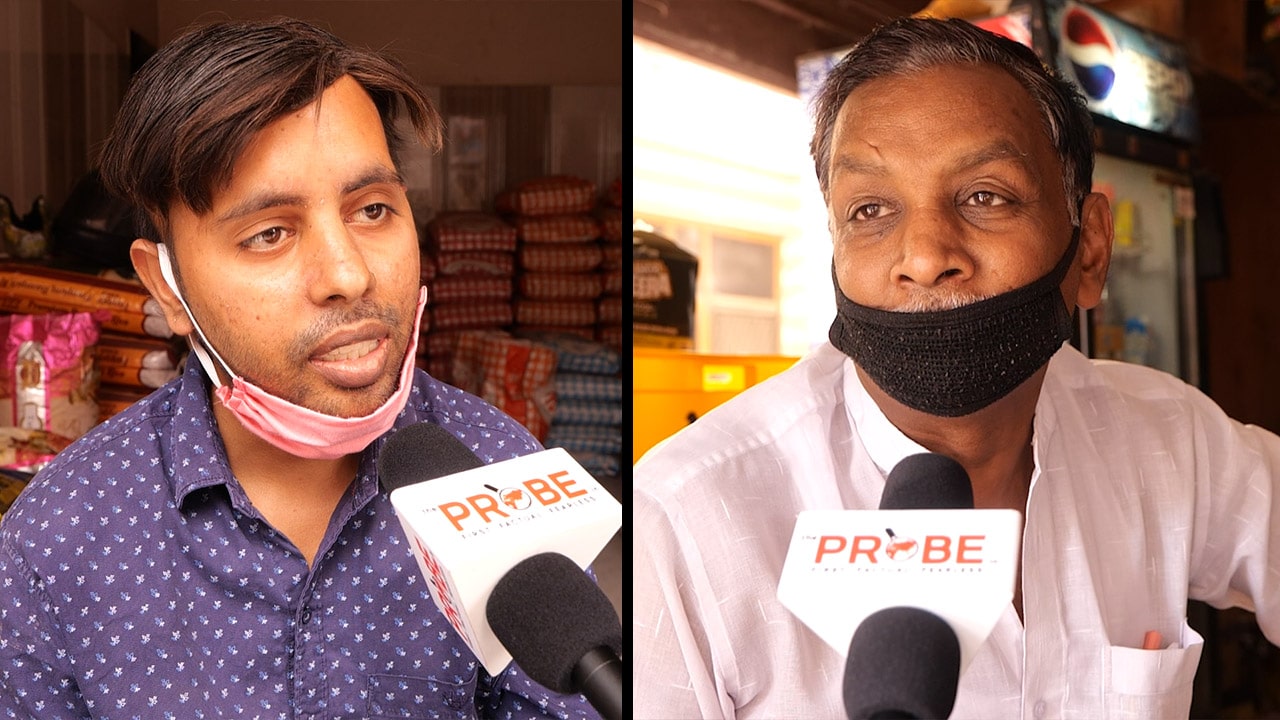 As we tried to talk to more witnesses, some downed their shutters and some refused to talk to our team. Some others chose to shut their doors on us. Our team was also attacked by some residents when we tried to reach the victim’s house. 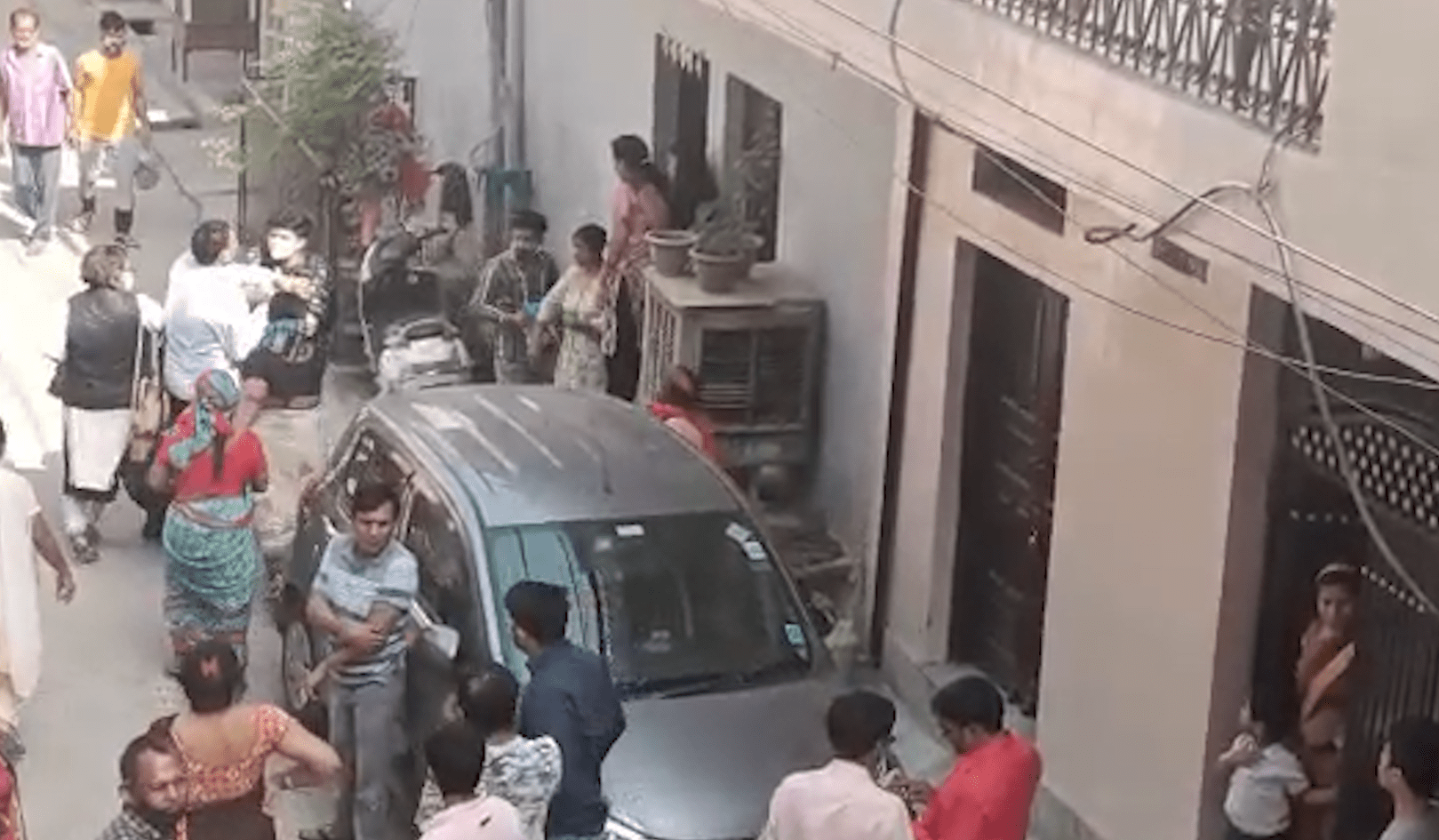 “A girl was standing in front of my shop. I was inside the shop. A boy was twisting this girl’s hand and many people were passing by but nobody intervened. I couldn’t stand seeing it. I went to the boy and said ‘you are twisting her hand like this, in the next street someone must be doing the same thing with your sister’. He didn’t say anything to me. He just left,” said a local resident.

The attack in Budh Vihar raises alarming questions on where we are headed as a society. A crime always comes with a punishment but what about punitive measures for sheer indifference from the public that facilitated a crime as gruesome and dreadful as this?

If you like this story and if you appreciate our Ad-Free Independent Journalism platform, show us your support by becoming our Member. Our Journalism can only sustain itself and survive if well-meaning people like you pay for news. Click here to become our Member.
TagsCrime against womencrimes in delhiDelhi policeLaw& orderNeelu murder
Related articles More from author More from category
PrevNext